As Chilean cherries, blueberries and soon table grapes will be on the way to world markets, recovering from the Covid-10 pandemic as well as a global recession are still concerns for the Association of Fruit Exporters of Chile (Asoex). According to Iván Marambio, President of Asoex: “The threat of the pandemic is still present, although we have seen the lifting of some restrictions locally and in markets in the northern hemisphere, China maintains some strict restrictions, which we hope will not result in the closure of cities or the paralysation of ports.”

He stated that the recovery of the Chilean economy is slow, “much like in other parts of the world, with the threat of a global recession that remains latent. This is likely to affect food consumption, so we are monitoring how markets evolve and carrying out targeted promotional actions to keep demand for our fruits active.” 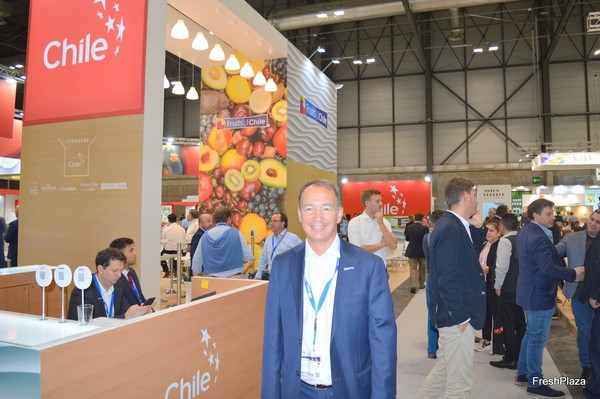 Meeting Chinese cherry demand
The recent estimates from Asoex shows a significant 20% increase in cherry exports compared to last season. “The industry has reacted and adjusted its supply to the strong demand for this product, especially in China. The challenge then is to supply a market ‘hungry’ for this product, especially around the Chinese New Year and, at the same time, to increase efforts to develop new markets.

The case of grapes, which will be heading to markets soon, and blueberries is different. Both species expect a decrease in export volumes compared to the previous season and in line with what we have seen in recent seasons. The industry's adaptation in these cases has been focused on the replacement of varieties and today we are seeing positive results from that effort. In the case of grapes, we see how new varieties could drive growth in the coming seasons. In the case of blueberries, this season we are seeing a significant increase in frozen exports, which is due to both market dynamics and the nature of the variety replacement process. This industry is still in a period of adjustment to the new global competitive conditions and we expect it to stabilize and resume its growth in the coming years,” explains Marambio.

Shipping and input costs a concern
“Fruit growers and exporters are facing strong cost pressures. On one hand, inputs, especially those that have to be imported, such as fertilizers, have seen significant price increases. On the other hand, they are also facing increases in the cost of services, where the cost of maritime freight has had the greatest impact on the activity during the last season. This year we expected to see a gradual reduction in local sea freight prices, in line with what is observed internationally. However, we were surprised by the rates announced by shipping companies at the beginning of the season. Although a decrease in rates is expected by the end of December, we have been emphatic in pointing out that these rates put at risk the viability of the fruit industry, the second largest export industry of our country, after copper,” states Marambio. 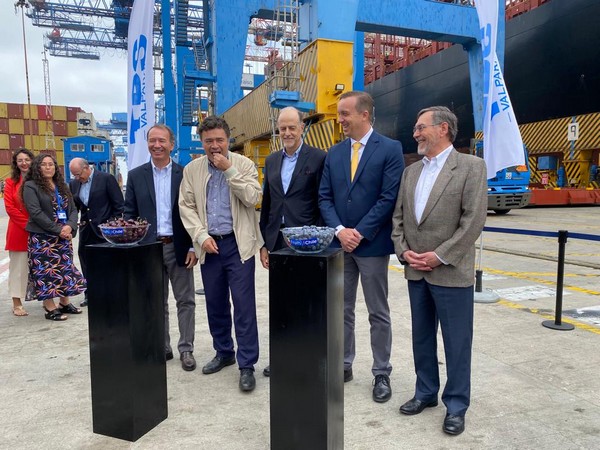 Market access key priority
Despite Chile’s success in China and the US markets, market access remains a key priority for their growing exports. “During this season we will be focused on improving market access conditions for our fruits. Thus, for example, we hope that by the end of this season the Systems Approach will be approved so that grapes produced in the central-northern zone of our country can enter the U.S. market without the fumigation requirement, which will undoubtedly boost the competitiveness of our exports to that market.”

Marambio turns his attention back to the Cherry Express and Blueberry Express ships, both responses and part of their efforts to work with government and industry to ensure the movement of thousands of containers of Chilean cherries and blueberries to world markets.