The Spanish citrus campaign is slowly but surely approaching its peak. "Spanish lemons of the commercial Primofiori variety are now available in all sizes, of good quality. For clementines, the changeover to the Clemenules variety took place three weeks ago. Since then, we have observed sufficient availability in all sizes," says Stefan Lindner, fruit wholesaler at the Frankfurt Frischezentrum and exclusive supplier of the DIANA quality brand.

In contrast to lemons and clementines, certain supply gaps can be observed in the orange segment, Lindner continues. "In the case of oranges of the seasonal main variety Navelina, there is very low availability, especially in calibers 1 and 2, i.e. thick fruit. From caliber 3 upwards, on the other hand, the fruits are available in sufficient quantities."

Origins and edible peel
Lindner's seasonal focus point is the DIANA brand. It finds its origins 80 years ago, when a Spanish supplier was looking for new export opportunities for its oranges and a corresponding brand for the German sales market. "The characteristic feature even then was that these oranges were not chemically treated." The producer finally named his brand after his shepherd dog, Diana. Therefore, many older people still refer to DIANA oranges as the orange with the dog or simply as 'dog oranges'," says Lindner.

With the cooperation of the exclusive distribution partner Soravia, DIANA developed into a recognized orange brand in southern Germany. "When we took over Soravia, which is also based in Frankfurt, more than ten years ago now, we thus acquired the distribution rights for RheinMain for DIANA, and a short time later also the brand rights for Europe," Lindner says, looking back. 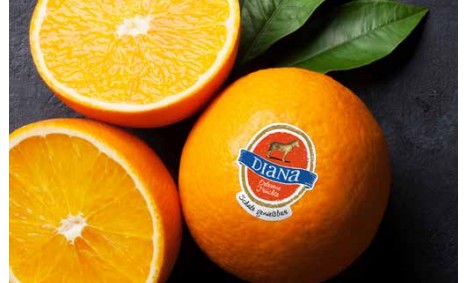 Despite its high recognition value, the brand had lost market share in the years before the takeover, Lindner recalls. "After we took over the brand license, we consciously put the focus back on quality - and not just in terms of taste and appearance. DIANA oranges, after all, do not require fungicides or preservatives on the peel and therefore also require extraordinary care in the sourcing of goods from the plantations. This ultimately distinguishes the brand with an important unique selling point, namely that the peel of DIANA oranges is edible."

This also applies to the lemons and clementines that were successively added to the portfolio in the years following the comprehensive brand relaunch. Lindner says, "Later, low-seeded watermelons of the 'Royal Honey' variety were added, as well as tomatoes. We have a clear focus on Spanish produce, with citrus being way ahead in terms of volume and now distributed nationwide. Watermelons and tomatoes, on the other hand, we predominantly offer to the local sales market."

In recent decades, Spanish oranges tend to hit the German market earlier. "However, our DIANA season lasts from late November into May. We deliberately start the season a little later so that we can offer produce with an optimal sugar content. We still see the classic sales peaks in the pre-Christmas period in November and December. Clementines are usually in season between October and March/April, while DIANA lemons can now be traded all year round."

Last year's citrus campaign was quite pleasing overall, and so was the DIANA selling season, Lindner concludes. "Due to the omnipresent cost increases, there were some very high quotations. However, this high price level did not have a negative impact on handling volumes." 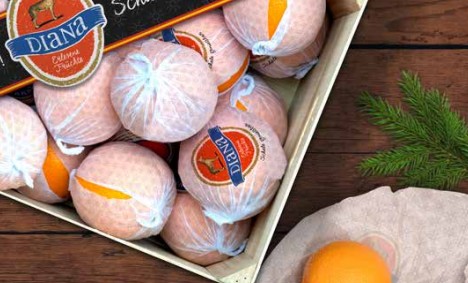 Growth potential in the citrus segment
DIANA finds its way via Germany's traditional wholesale markets into the discerning specialist retail trade and privately run food markets. This market segment has established itself in the past as a showcase for new fruit and vegetable varieties, not least in the citrus category. "Orri clementines are now grown not only in Israel, but increasingly in Spain. The Cara Cara orange has also established itself rapidly in recent years. I see potential for these relatively 'new' citrus varieties especially in the specialty trade - the classic core market for DIANA."

As an excusive marketer, the Lindner company does not want to offer subpar goods, but well-sorted, high-quality fruit. "This is an essential difference, which is also reflected in the appearance, for example in the packaging. For example, our oranges are individually wrapped, which is yet another additional product protection."

Accordingly, the brand is in a higher-priced segment, Lindner continues. "However, demand remains high and stable, especially since we are also talking about an established brand. But the ongoing increase in inflation poses an additional challenge that we will have to cope with in the new season. However, I question whether premium items will really suffer from the adversity to the extent that many expect. I am convinced that those who bought premium fruit like DIANA before the inflation will continue to do so this year as usual. However, we, and therefore our buyers, cannot rule out the possibility of price increases here as well."

Nevertheless, Lindner sees opportunities to further expand the DIANA brand's position in the German market. "We have found a good niche with DIANA, especially in southern Germany. We are certainly eager to gain even more presence, but we also realize that we are doing quite well with the current demand and sales volume. It is also extremely important to us to offer the best qualities, rather than placing more quantity over price. That is and will continue to be our ambition."