Facts and figures about asparagus from the Netherlands, Great Britain and Germany

During the asparagus and strawberry fair expoSE in Karlsruhe, the "International Asparagus Meeting" took place for the first time. Over the last weeks we already published the facts and figures on asparagus cultivation and marketing from Canada, Greece and Italy. Now you can read the corresponding data from France, Great Britain, Germany, the Netherlands and Spain. 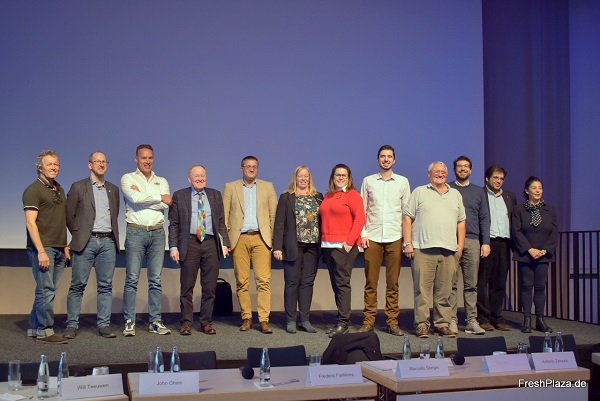 Netherlands: 16,000 tons, 88 percent white asparagus
Will Teeuwen, director of Teboza, gave a presentation on asparagus numbers in the Netherlands. According to the presentation, the number of asparagus growers has decreased noticeably with 500 growers in 2021, compared to 2018 with 700 and 2014 with 800 growers. Production has remained relatively stable or dipped slightly compared to previous years, being at 18,000 tons in 2021 (compared to 21,000 tons in 2018 and 16,000 tons in 16,000). Asparagus consumption has also remained stable or slightly increased at 0.90 kg. With 63 percent cultivation share, the main part of Teboza is concentrated in the Limburg region, he said. 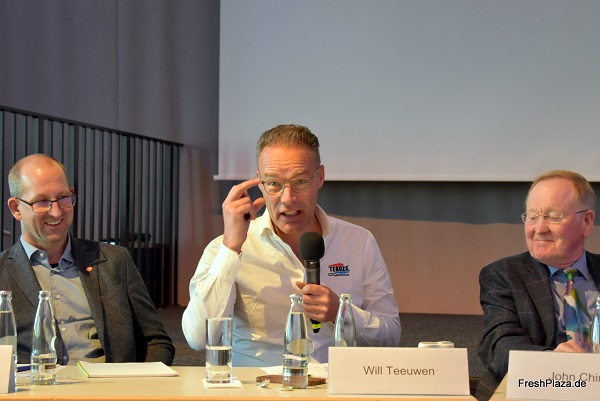 With 68 percent, the majority is marketed through food retailers, with the remaining volumes going to other markets. White asparagus makes up 88 percent of the volumes sold, while green asparagus accounts for 11 percent and purple asparagus for 1 percent. Interest in green asparagus is growing, he said.

The season runs from February to July, he said, with harvest beginning in calendar weeks 13 and 14 at heated fields and moving toward mini-tunnels. Although Teeuwen said there are some challenges with increasing consumption, he said there continues to be higher demand toward the end of the season.

However, similar to the asparagus experts from other countries, he said the biggest challenge for the industry as a whole is the continued rise in costs. Apart from that, they are trying to reduce the use of packaging materials.

Great Britain: 5,300 tons, mostly green asparagus
John Chinn, owner and manager of Cobrey Farm, reckons there are just 54 asparagus growers left in the UK, compared to 120 growers about a decade ago. Per farm, he said, the area under cultivation is about 40 hectares, with the six largest growers likely to be farming about 1,900 hectares of asparagus, while the rest are growing about 6 hectares. 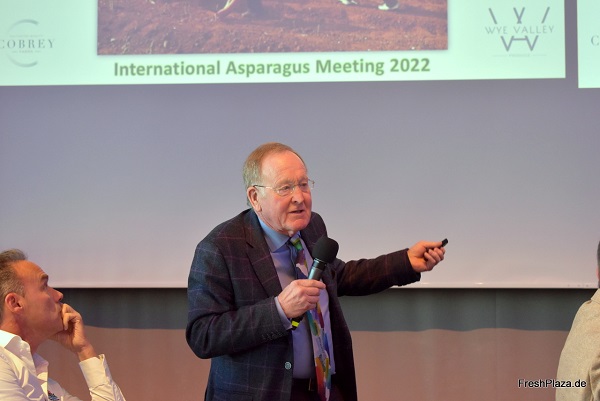 He said the average crop is 2.4 tons per hectare, with a yield of 5,300 tons per year. The most commonly grown asparagus is green, while only 25 tons or 0.5 percent is white and 75 tons or 1.5 percent is purple. Traditionally, the harvest season in GB begins on St. George's Day on April 23 until Midsummer's Day on June 24, he said. At that season, asparagus sales double, according to Chinn. At the same time, he said, asparagus is imported year-round, mostly from Peru and Mexico.

Fifty percent of asparagus is sold through supermarkets, he said. As for premium produce, there is a heavy reliance on foodservice sales in the U.K., he said. In general, he said, there has been a decline in demand for premium packs. Instead, sales tend to focus on large, free bundles. Due to Brexit, it is also more difficult for labor to enter the country, as virtually all seasonal workers from abroad rely on visas, he said.

Germany: 113,000 tons, 90 percent white asparagus
This year, a harvest of 113,000 tons is expected in Germany, according to Michael Koch of Agrarmarkt Informations-Gesellschaft, on a yield area of 21,400 hectares. That compares with 119,268 tons on 22,283 hectares in 2021. White asparagus accounted for about 90 percent to 10 percent green asparagus in 2021. The supply of the latter would be covered mainly by imports. 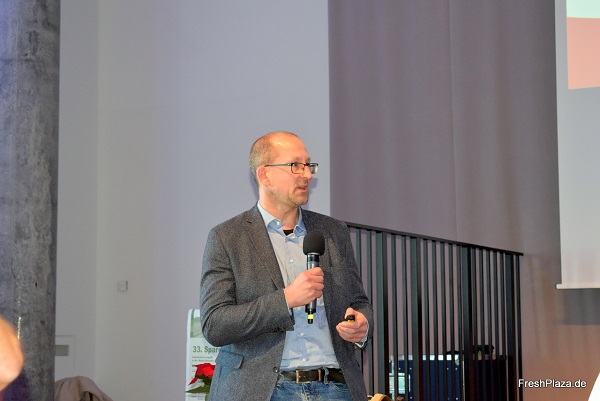 Demand was quite weak this year due to consumer uncertainty. Prices also dropped off quite quickly. Some producers even had to stop harvesting early, i.e. not on June 24 as usual. Market supply in 2021 totaled 146,542 tons. The self-sufficiency rate was 83 percent in Germany with a per capita consumption of 1.33 kg. Labor availability in Germany was at times even better or at least comparable to the previous year.