As the cherry season approaches in Australia, Hort Innovation says the ‘Nature’s Gift to Health’ campaign was successful in promoting the fruit in the Malaysian market.

The organisation is responsible for investing the marketing levy into a range of activities and a collaboration between the cherry and summerfruit industries and Austrade, on a specialised campaign that was launched in Malaysia specifically. The ‘Nature’s Gift to Health’ campaign positioned Australia as a premium supplier and highlighted the many health benefits of cherries and stone fruit.

The Hort Innovation annual report outlined the three-pronged approach of the campaign, starting with media events that delivered a high media value of AUD 1.4 million and 91 pieces of coverage that generated a reach of over 43 million potential consumers. It also partnered with 13 highly influential lifestyle and food key opinion leaders, especially as Malaysians are proficient social media users and use it to interact with the brands they love. The third part was retail programs further strengthened the presence of Australian Summerfruits and Cherries in stores and supermarkets, which reached an audience of 134,890 (68 per cent above target) with an increase in sales by 60 per cent during the sampling period. 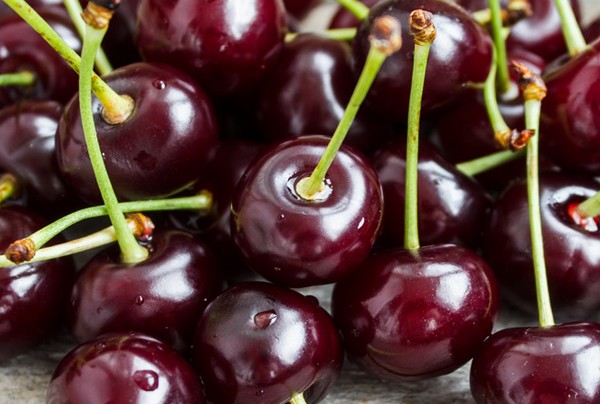 Robyn Hall, a cherry grower from Yarra Valley Cherries, says that it was good to be a part of growing the presence of Australian fruit in the market by focusing on one of its biggest attributes.

“We are really excited that our Malaysian friends can access, taste and enjoy our delicious premium cherries – a low-calorie, tasty snack that is so high in antioxidants and vitamins," she said. "Here in the Yarra Valley, we can pick them, pack them, carefully select them and send them in one day. And we love it even more that they can be available to the customer by day three while they are still as fresh as the day, we picked them. Fresh is best.”

The Taste Australia promotion had a microsite with QR codes in all point-of-sale materials for the first time. The site provided consumers with comprehensive information on the campaign, recipes, products and promotions with point-of-sale materials placed at over 100 stores nationwide. A purchaser at Khaishen Trading in Malaysia explained that consumer interest has grown in the country.

"The in-store activation helped us increase the sales volume as repeat ordering is better after customer sampling, and there was more buzz this year on social media," Tracy said. "The taste of fruit is very important in driving repeat purchasing and we must strive to deliver this to consumers.” 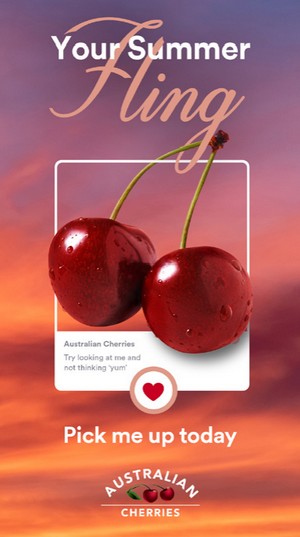 Domestically, Hort Innovation focussed on positioning cherries as an ‘all-summer-long’ luxury fruit snack and not just something to be enjoyed at Christmas, through the 'Indulge in a Summer Fling’ campaign. In addition, a quality control monitoring program was launched.

"By observing and collecting data about how cherries are presented in retail, the project team could advise participating retailers on their results and provide recommendations on how they can increase the attractiveness and quality perception in-store to help increase sales of cherries over the cherry season," Hort Innovation said. "Across the span of pre-Christmas trading through until mid-February, the quality, displays, availability and pricing were tracked through weekly store audits. Scores across most attributes increased week on week, but the later season results were much lower than previous weeks, reflective of the quality of cherries in the later part of the season. Availability of cherries was down, and product quality was a concern from mid-February."