The Juliet apple has now become an international reference thanks to its intrinsic qualities of course, as well as a well thought-out production and marketing strategy, a handful of producers with an entrepreneurial spirit, and excellent teamwork. A look back at the success story of a unique apple that is celebrating its 20th anniversary. 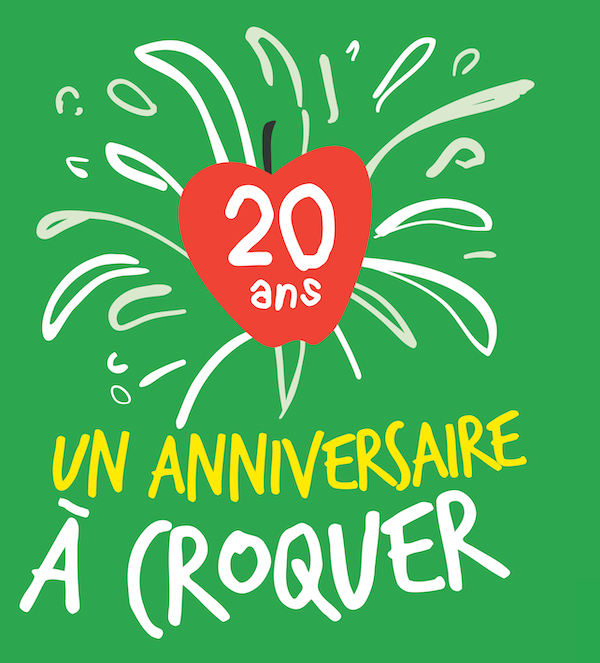 For this anniversary, a contest without obligation was organized for consumers to win various prizes. “We also plan to communicate at the Agricultural Show. We have even created a special logo for the occasion.”

A confidential start
The story of the Juliet started in 2001-2002 in the Vaucluse department within SICA Midi Saveur thanks to a small group of producers who wanted to change their farming practices. “Back then, we were 5 producers who wanted to embark on the adventure, with the support of our orchard technician Guilhem Severac.

In the late 1990s, we were driven by the same desire to go beyond a reasoned cultivation method. We were looking for a variety that would be both tasty and suitable for organic production. It is how the story of the Juliet variety started. We each planted 2 hectares, which made 10 hectares in total. Soon after, a few producers joined us but the evolution quickly stagnated - as many were still questioning the future of organic farming - and picked up again in 2008-2009,” explains Jean-Noël Carles, president of Les Amis de Juliet. 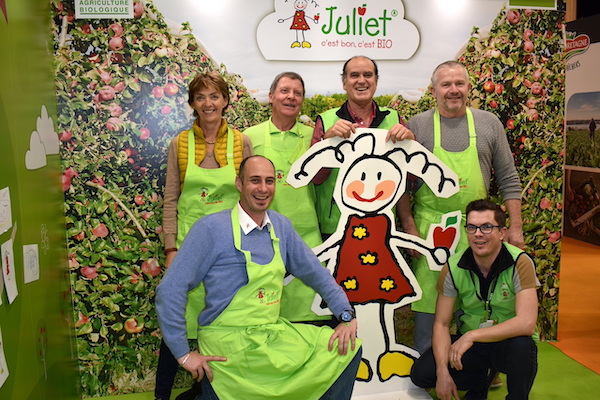 A growth accelerated by Cardell Export
In 2005, the association Les Amis de Juliet was created. “The goal was to come together in order to exchange and join forces. Then, in order to develop our orchards, we approached marketer Cardell Export, which also wanted to make the Juliet known throughout the world. They therefore committed to plant 15 ha on their site of Marsillargues and started to market Juliet apples. With the commercial strength of Cardell Export in France, Europe and Asia, other producers decided to join, especially in southwestern France and the Loire Valley. The association currently has 190 apple growers cultivating the Juliet variety on 700 hectares.”

“At MIFEXPO, I met some produce retailers and asked them if they sold any Juliet apples. One of them answered: ‘We would have to be fools not to sell any Juliet!’.” This light remark says a lot about the place of the two-tone apple on the market. “Five years ago, we were selling more on the organic market while today, our figures are still good and we sell more on the conventional market. As a result, we are less affected by the crisis in the organic sector. The Juliet variety is an integral part of the traditional conventional range, which includes the Granny, Golden, Chanteclerc etc... The fact that it is organic is just an extra quality in the conventional sector. I am even convinced that some people buy it without knowing that it is organic.” 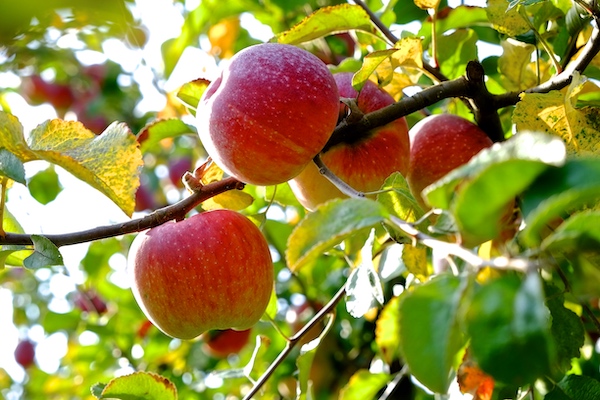 The breeder’s decision was determinant
This unique position on the market was made possible thanks to Pépinières Escande. “We were lucky to have breeder Benoît Escande with us, who quickly decided to provide us only with plants for an organic and French production. At the time, this made the Juliet the world’s first apple to be 100% organic and 100% French. It is also thanks to his decision that we were able to control the planting of the Juliet variety and its development.”

Development in progress
After a major planting program over the last three years resulting in an additional 300 hectares, an increase of 10,000 to 15,000 tons is expected. “We have just finished planting. Today, the harvest is around 20,000 tons and when the trees are mature, it could reach 30,000/35,000 tons. The Juliet apple is already well established in France and Asia but we will continue to work on its commercial potential.” The Juliet variety promises to evolve nicely in the coming years.