Smaller growers are asking to just be left alone

Don’t hinder us. That’s the message from small growers such as Tim Stanton in Fear Bush, New York about the future of their smaller farming operations. “Anybody who is left farming is doing something right. Let them do their job. The government asks what they can do to help and I just say to leave us alone,” says Stanton of Stanton’s Feura Farm and Markets. 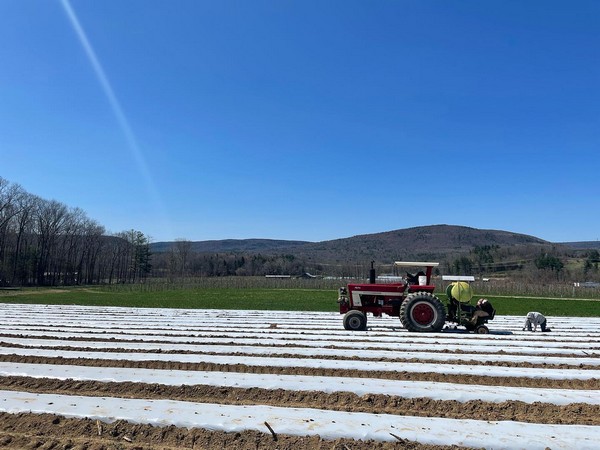 Stanton says a lot of smaller growers don’t have the resources to change things that maybe a big farm could.

Indeed, it has been a challenging year in the growing industry--from those continually increasing costs on growing inputs, climate challenges, COVID-19-related fallout and more--it’s not making life easy for growers and shippers. “It hits everybody but smaller growers are less ready to deal with all of this,” says Stanton. “A lot of smaller growers don’t have the resources to change things that maybe a big farm could. We can’t move our farms to Mexico for example. We’re a family farm rooted here.”

Those cost increases on fossil fuels, packaging and more have doubled at the very least in the past year. And even if you can pay for the costs, accessing growing-related products may be a whole other problem. Last fall, Feura Farm for example had issues with getting plastic bags for pick-your-own apples. “We’ve also had a piece of machinery that we bought last December brand new and it still has not arrived,” says Stanton. “It’s bought and paid for from a U.S. company and they’re just so backlogged in production.”

Labor costs are a big part of those inputs, particularly given that H2-A rates for example have increased across the country five to 10 percent this year. In turn, this has smaller growers especially think hard about next season’s crops. “The things that will be the first one to hit is small fruit. We grow raspberries and blueberries and more than 50 percent of the costs in the final product of that is labor. This is the type of decision we’ll have to make, whether we shouldn’t grow raspberries anymore and instead buy them from Mexico or Guatemala where there is cheaper labor,” he says.

Last fall, Feura Farm had issues with getting plastic bags for pick-your-own apples.

Importing vs. exporting
In fact, as the USDA recently reported, the U.S. will soon import more agricultural items than it exports. And while Feura Farm sells the produce it grows into retail, it also buys produce. “Traditionally we’d be getting a lot more out of California but we’re seeing less and less California produce and more and more from Chile, Peru and Mexico,” says Stanton. Canada too. “We get a lot of stuff out of Canada that before we might have gotten out of California--the greens are a lot more economical to get out of Quebec than California because they cost so much to get across the country. Bulky items don’t get shipped across the country. Any type of melons come from Florida instead of California in the off-season because of transportation costs.” He also adds that this state of affairs is leaving growers in a holding period as well about their own crops. “Nobody’s crazy about the idea of expanding or getting bigger. They’re waiting to see what happens which is not very good.” 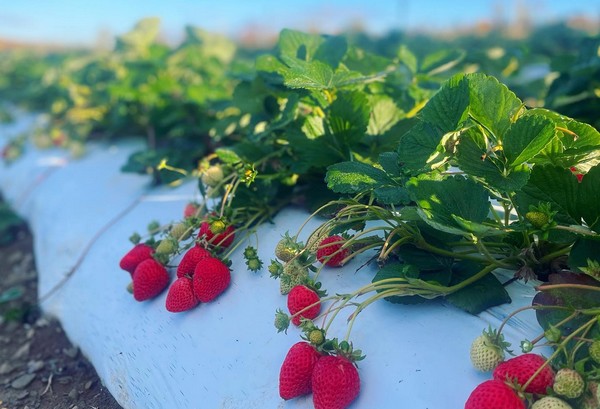 Stanton says its small fruit growing may be impacted by the myriad of issues that smaller growers are experiencing right now.

While farm life wasn’t easy before all of this, it has now made the lives of smaller growers particularly extra hard. Feura Farm is a diversified farm with multiple, varied crops. “We can change our crops if one is more labor intensive or the inputs are too much. But I don’t want to be the only one left like an animal in a zoo,” he says. “I see it happening. Anyone on the fringe who was questioning before this whether they would keep going is going to get out.”

That may include the next generation of farmers. “What bothers me about all of this is what it’s done to the younger generation of farmers. My son is 33 and when I was his age I was very optimistic about everything,” he says. “He’s optimistic in the farming way. But he’s very pessimistic about what’s going to get in his way to prevent him from doing his job. That’s a really sad thing and doesn’t bode very well as an industry.”