Good rain three weeks ago came at just the right time for the early litchis from Ismyline in Malelane, Mpumalanga Province.

“The rain has helped to up the sizing of the fruit: where last year we had much more medium and large fruit, this year there’s more X-large and XX-large fruit,” says Vincent Keesenberg of Origin Fruit; a company that specializes in the export of exotic fruit.

“We are very thankful for a good crop and will probably have 10% more fruit than last year. This year we had a nice early start and it looks like we’re back to the normal routine of starting at the beginning of November. Last year we could only start by the last week of November.”

Because the season was so late last year, the window to airfreight litchis to France before the first vessel with litchis from Madagascar arrives, was very short. They flew out about 5% of their crop last season: this year will be very different, with approximately 80% of the crop planned to be airfreight. The first vessel from Madagascar is expected around 8 December 2022.

“Litchi prices easily fall by 60% when litchis arrive from Madagascar,” he notes. “So for the moment we’re flying out as much as we can, around three times a week to Europe and twice to the Middle East.” 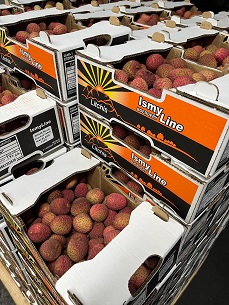 He notes that he’s been receiving a lot more enquiries from the Middle East and Far East for airfreight litchis.


As long as the prices are high in France and the rest of the European Union, they’ll keep sending 80% of their crop there, with a smaller percentage going to the Middle East and Far East.

Within the coming weeks that could come down to a 60:40 split between the EU and the Middle and Far East.

Starting this season, Ismyline litchis will also be sent to Canada. 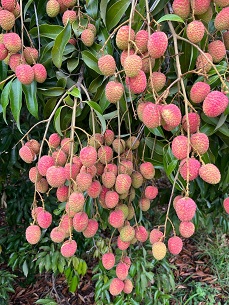 This year, Vincent observes, prices for litchis on the local market didn’t hold firm for even one week.

It is evident that consumer spending power is under pressure, both domestically and overseas.

“From Europe we also hear that consumers are under pressure and prices there are easily a Euro lower than last year. Luckily, our air freight tariffs are more favorable this year, which has a lot to do with the good relationships we cultivate with airfreight agents. Planning your airfreight in advance and keeping to that schedule is key to building good relationships with freight agents and the airlines,” he remarks.