Onions and potatoes have traded places since last year, when potatoes shone and onion prices slumped.

Now, potato prices are extremely low while onions are minting it: the price for a 10kg bag of onions is triple that of last year, says Kobus Pienaar of GROW Port Natal at the Durban municipal market.

The onion market is transitioning from Limpopo to the Northern Cape and Western Free State at the moment and it’s expected prices will remain buoyant until Christmas, traditionally a strong onion sales period.

An onion field under pivot in Limpopo Province

Lower available volumes mean that onions are selling for as much as R115 (6.4 euros) for a 10kg bag, or over R10 (0.5 euro) per kilogram in central South Africa, prices as high as anyone can remember. Around a year ago, the onion price was R3 per kilogram.

Kobus explains that the usual course of the onion campaign played out differently this year: the bottleneck that often occurs during September when the crop from many places – Limpopo Province’s Vivo, Dendron, Swartwater, Settlers on the Springbokvlakte, plus onions from Brits in the Northwest Province – all converge on the market, just didn’t happen this year.

The market has around half the usual onion quantity because around 20% to 30% (around 700 hectares) fewer onions were planted in the north of the country, plus further decreases in onion plantings in the Northern Cape as well as in Ceres, a traditional onion production area. 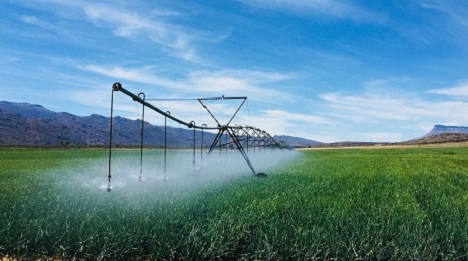 Reasons behind reduced plantings countrywide
A lacklustre 2021 onion season has played a role in the reduction in onion hectares.

The cost of vegetable production has sharply increased as labour costs together with other inputs like fertiliser, diesel and packaging have all risen, and this has led to growers deciding to plant fewer onions. 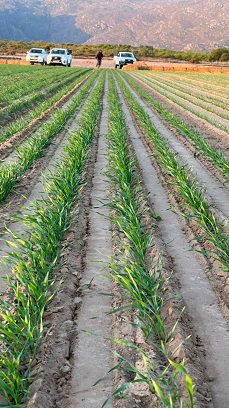 Water availability has constrained onion planting on the Springbokvlakte of Limpopo as well as in the Ceres/Koue Bokkeveld area where the winter rainfall has not lived up to expectations and onions compete with export fruit like apples, pears and cherries.

The Koue Bokkeveld grows fewer onions than a decade ago; over the past five years onion hectares have remained relatively stable at between 2,400 to 2,800 hectares per season. This year, the area’s onion acreage is estimated at 10% lower than last year.

However, as a cash crop the long day onions grown in the Western Cape can’t be beat for cash flow purposes, especially if prices remain on the current muscular level when that region’s onions are marketed from December onwards.

Onion white rot occurs everywhere, but it’s particularly acute in Brits with its intensive vegetable cultivation. It affects many other vegetables, especially root crops, but not members of the grass family.

Onion white rot, caused by the fungus Sclerotinia cepivorum, is present in almost every onion land in this area and the pathogen can remain in the soil for as long as 15 years, notes Carmen Scholtz, onion specialist at Sakata seed company, with as yet no effective control. Growers are turning to non-susceptible grasses, like wheat or maize, or lucerne for soil health, plus increased rotation cropping.