A box of withered passion fruit inspired Chinese scientists to invent a device that might be used to clean up space debris. Researchers at Fudan University in Shanghai and Tsinghua University in Beijing have developed a soft silicone ball with a bumpy texture resembling the wrinkled skin of the dried passion fruit.

The deep wrinkles on the device’s surface can grasp a variety of objects and could even be used to clean up tiny particles of space junk floating in orbit, according to the scientists. Xu Fan, a professor with the department of aeronautics and astronautics at Fudan University, said the simple and agile device could be made in sizes ranging from millimetres to metres and be deployed in places people could not reach.

“A robotic arm equipped with the sphere grasper could collect small space debris with high precision,” Xu said. “On Earth, it could pick up dangerous particles such as explosives.”

According to Nasa, there are about half a million marble-sized pieces of debris stuck in the Earth’s orbit, while another 100 million pieces as small as a pencil tip are circling the planet. Even the smallest pieces of debris, such as paint flecks from rockets, can damage spacecraft as they collide at extremely high speeds in low-Earth orbit. 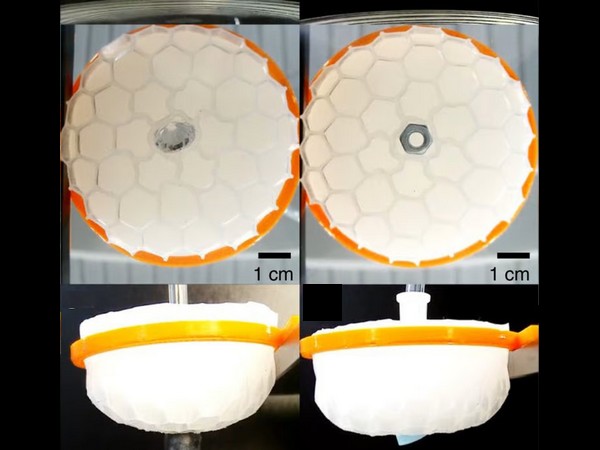 The idea started with a box of fruit that was left at the office. Xu’s colleague at Tsinghua called to say he saw some interesting patterns taking shape in the withering produce, so the scientists started dehydrating passion fruit to observe them. As they studied the deepening ridges that occurred as the fruit dried out, they were inspired to mimic the patterns in the lab and put their observations to use. They found that the pattern of the ridges could “grasp” things, thanks to a property called “chirality”.