"We are proving that desert greenhouse production is of better quality"

While the trend of greenhouse-grown produce demand is becoming  increasingly widespread, there are a few places where consumers have yet to go through such a culture change.

“We have certainly done our part in bringing attention to hydroponic farming here,” says Alexander Kappes, founder, and CEO of Greener Crop, a UAE-based company. “Our job is to enable the development and the launch of hydroponic operations in the region. Most of our clients are first-generation growers with no horticulture background. So, we support them in starting their hydroponic farm, taking the entire process upon ourselves; everything from design, the business model, all the way down to distribution.”

Different markets, different requirements
Greener Crop is active in UAE, Qatar, and Oman. The difference in produce consumption is significant between these three countries, and each requires a specific approach to better promote greenhouse-grown produce. “A significant part of the population in UAE is composed of expats,” Alexander points out. “This means that they mainly look for those products that are connected to their home country. Thus, they often prefer imports over what’s being produced here.” This has also to do with the fact that growing in the desert is particularly challenging, and the produce would hardly taste the same as if it was grown elsewhere on more fertile land. 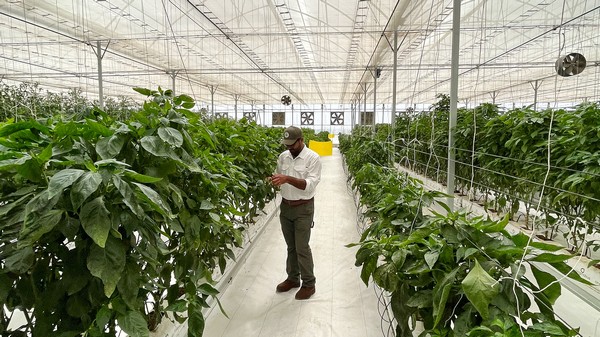 At the same time, it’s not only a matter of consumer habits. “We already saw the first wave of hydroponic growers go by,” he says. “The first farms that were set up were partially owned by the government – until the global trend came here, that is. Many greenhouses and urban and vertical farms were set up, and several people flocked to the market. Unfortunately, most of those businesses didn’t survive, and lots of greenhouses were abandoned all over the country. On the one hand, they couldn’t get enough market share to make revenue. After all, local produce is looked down on here. People prefer international produce, and they consider that of superior quality. On the other hand, those greenhouses were version 1 greenhouses. That is, they were tunnel greenhouses, a lot used polyethylene, and didn’t make too much use of technology. With vertical and urban farms, you get the flip side of the coin, as the razor-thin profit margin that is characteristic of current vertical farms was worsened by the lack of demand for local produce. So, in a way, it didn’t come as much of a surprise that all of that didn’t turn out as expected.”

Then, the second wave of growers came. “These growers are more sustainable and are aware of what is needed to be done to achieve their goals.” But if many growers in the past failed, how come they are succeeding now? “You need to make sure that you are replicating the best conditions for the plant,” Alexander remarks. “The hydroponic way of irrigating, for instance, allows us to be extremely precise. We can control the temperature down to the smallest details, and we regulate CO2. Above all, though, is the big amount of sunshine we get here – maybe too much at times.”

Growing in the desert
Because Greener Crop operates in both Oman and Qatar on top of the UAE, they have gained a lot of precious experience when it comes to growing in the desert. “One of the big benefits of managing several farms in multiple countries is that we get to experiment, to a certain extent,” he says. “Not only from a cultivation standpoint but also and especially from a market point of view. For instance, which variety is more suitable for a market, how does the taste profile change from one seed to another, and how does the selection of the input influence that?” 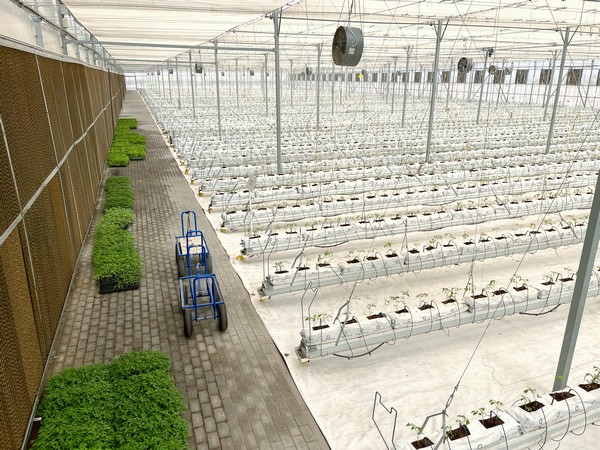 There’s always room for improvement, of course, but Alexander is very satisfied with the taste of its product. As he pointed out already, though, it’s crucial to grow the right variety. “There’s a big difference in consumption patterns between the country we operate in, namely UAE, Oman, and Qatar. For instance, compared to UAE, Oman is a much more homogenous society, with an expat population that is definitely smaller than in UAE. That makes the eating habits in Oman not that different between households.

On the other hand, currently, in Dubai, everybody is competing for new tomato varieties. If you go to a supermarket, you’d see twelve varieties of tomatoes, and that keeps increasing. In Oman, that trend hasn’t started yet.” 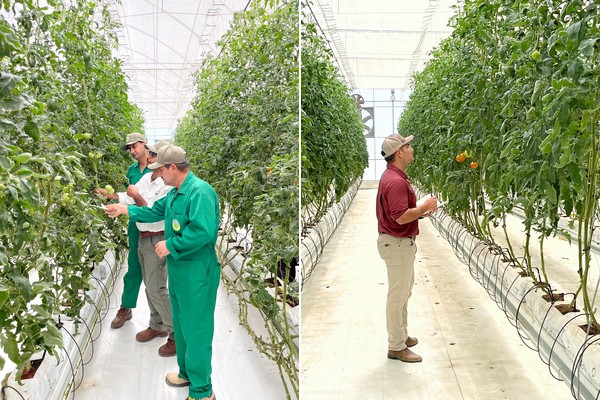 And that’s why Greener Crop supports their client in developing a business strategy “so that the client doesn’t flock to the market with produce consumers don’t want. Our clients don’t need salespeople, supply chain managers, and all of that. Our team supports with everything, and clients just pay for their shares. This makes our clients more competitive, thanks to this approach that helps adapt to new countries and challenges quickly.”

Exporting the model
Alexander and Greener Crop are indeed planning on exporting their model to other countries outside of the Middle East. “But first, we are continuing to increase our footprint in the Middle East,” he says.

“The industry players in this region must get together and share learnings, and data, so that we can all compete with produce from abroad. For instance, there’s a widespread lack of data on consumption trends here. When we started our company, we had to gather that ourselves.”

Getting together to be stronger can yield many positive results, as opportunities are certainly not lacking. “We are still very far away from creating a saturation in the market. After all, we are still competing with imported produce. That’s why it’s crucial to share and join forces. For instance, what if some farms would share the same trucks to split the logistics cost and use that additional money to up their game at the farm? There are so many initiatives that we as an industry can do together to improve the space.” 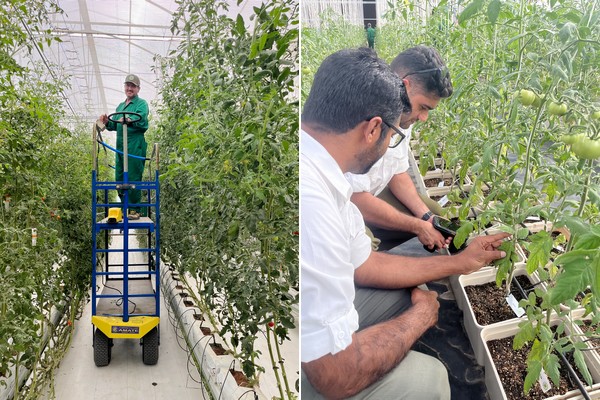 But Alexander is looking beyond the Middle East. “We have set up an entity in the U.S. and are working towards penetrating the market there, too,” he points out. “We see opportunities there, especially in those areas where water scarcity is a big problem and where arable land is a struggle to find. So, we need to take our model and deploy it in western and southern U.S.”