Moldovan growers are not getting support from only USAID's HVAA project, as covered in an earlier part of our Moldovan special. The Netherlands Center for the Promotion of Imports from Developing Countries (CBI), too, advises and supports these growers to tap new markets through advice and active support.

"We've done a nice job over the past two years and achieved some tangible results," begins Piet Shotel, who visited 12 Moldovan fruit and vegetable companies in early September along with our reporter and Cees van Doorn of the employment agency, VDU Uitzendbureau.

The CBI, founded in 1971, is an autonomous agency of the Dutch Ministry of Foreign Affairs. It connects SMEs in developing countries with European companies and regional markets, thus strengthening these companies' social, economic, and environmental sustainability. 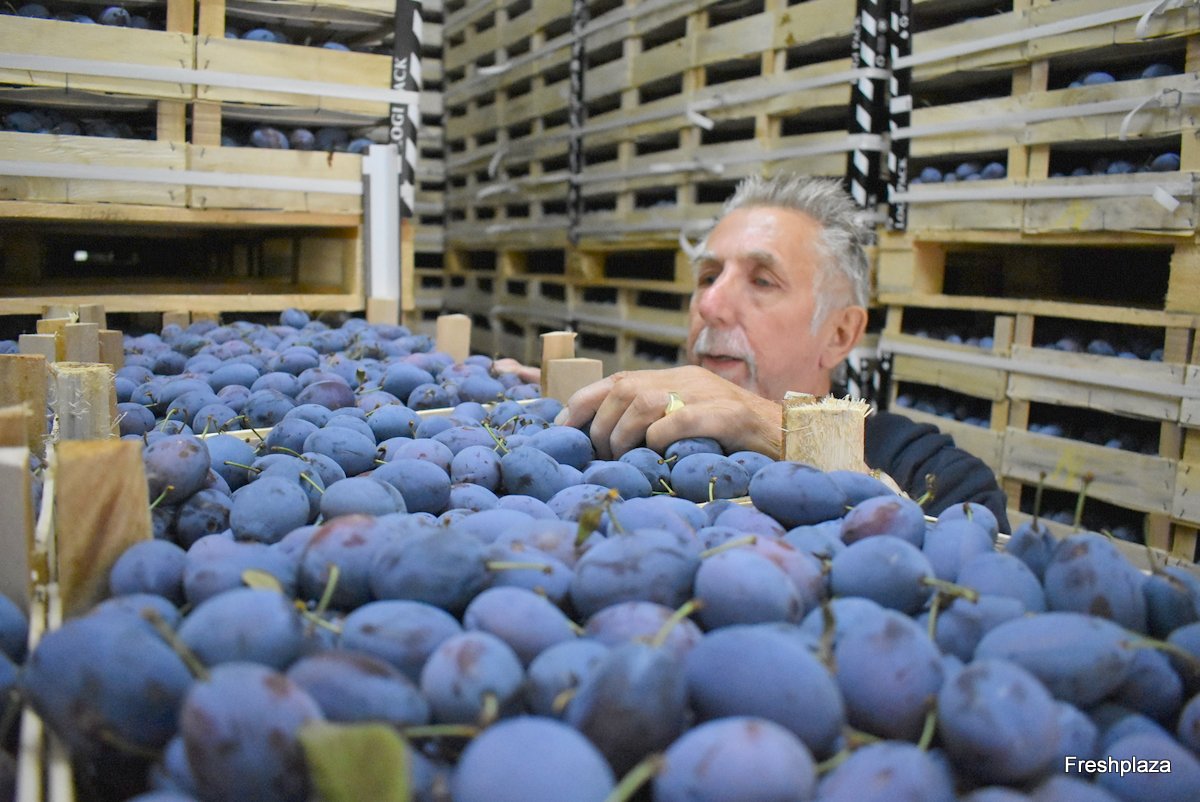 Piet looks at plums destined for the Western European market

Triggered by Russian export bans
"Deciding on which countries the CBI will work with depends on that country's export potential, as well as how well the local organization can lead the process. That's why Moldova came into the picture a few years ago. It has plenty of export potential, and its industry organization, Moldova Fruct met the second condition."

"Also, there were various Russian export bans after 2014 for so-called phytosanitary reasons. That made it clear that Moldova was going to run into trouble at some point because of its huge dependence on the Russian market. A very enthusiastic program manager who believed unconditionally in that country and its horticultural sector did the rest. I was hired as an expert sector consultant and only got involved when the program was truly getting off the ground," says Piet.

He explains that the CBI usually first organizes a round of applications for interested companies through a local trade association and then sees who qualifies for help. "In Moldova's case, [Western] Europe doesn't want tomatoes, for example. We look at the right product and its volume potential. We do an audit to see if what the companies have put on paper matches the reality, and then if they still want in - we also explain to them exactly what the program entails - we get started."

Fruit Logistica as goal
The CBI does not provide grants but enables capacity building through training and coaching. It helps companies draw up marketing plans and obtain the necessary certifications. "For example, we organize study tours to European companies. One criterion is that the participants speak English. After a two-year process, we hope they're ready to introduce their products on the market."

"The Moldova project was very specifically geared toward the sector's presentation at this year's Fruit Logistica. They could have organized that themselves, but with our support, that's just a little easier. The CBI paid for the wonderfully presented stand and we were present at the event to guide the companies and ensure they met the correct potential customers."

This agency used to be very strict when it came to destination markets. Aid was linked to the condition of exporting to the EU. "After all, the CBI uses Dutch tax money," Shotel argues. "Still, people have become a bit more lenient about that lately because export is and remains trade. And, by definition, that's a very dynamic activity. If the market suddenly turns and the opportunities shift from Europe to North Africa or Asia, we obviously don't just cut off support. But we always prepare the companies for the European Union market, so they're at least aware of its export requirements." 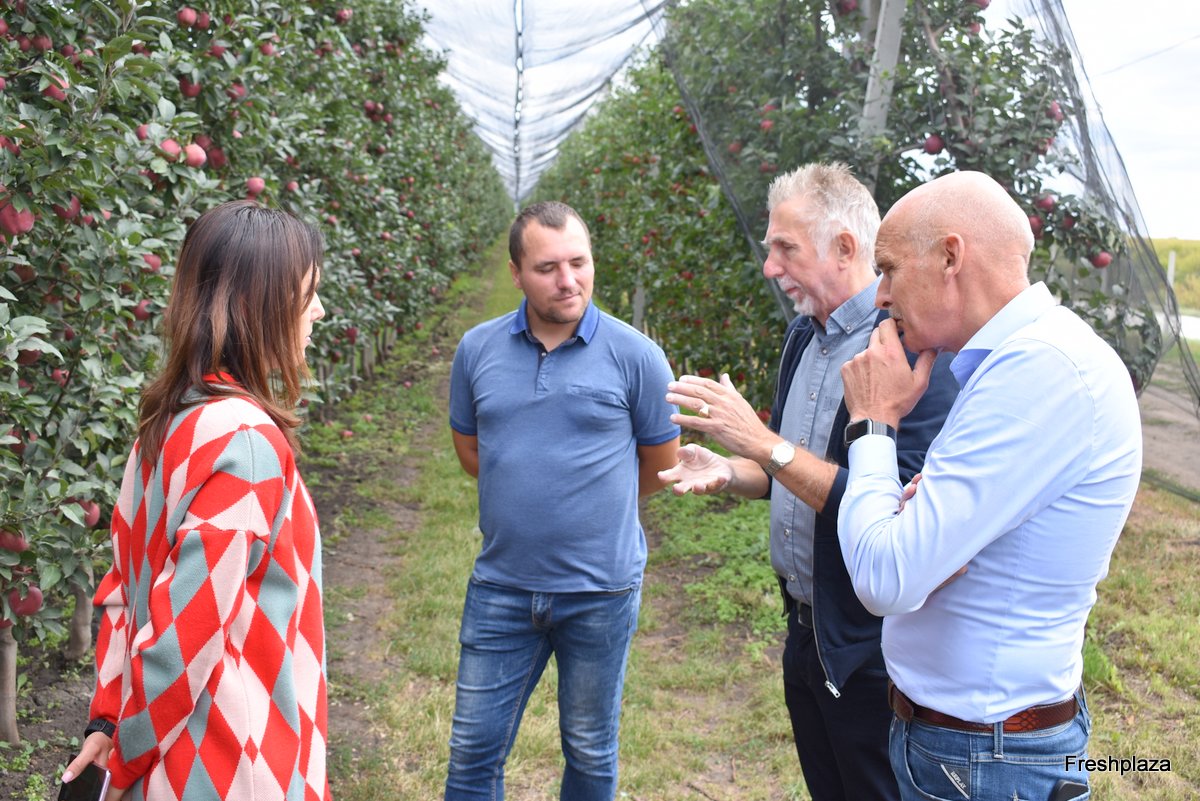 Twelve fresh fruit Moldovan companies participated in the CBI program, with a few others in the processing and honey sectors. "Those companies, meanwhile, have all successfully reached the next level. That was thanks to our expertise, but especially because of their determination and intelligence. We worked with true entrepreneurs who understand each step of the set-up process," says Piet.

Tangible results
According to him, the companies that were invited but not interested feel a little excluded and are left wondering where they will get subsidies and advice. After all, the Russian market is now closed. Without the necessary certifications or right contacts, it is tough to shift gears and look toward [Western] Europe or other markets. "There are definite, tangible results. Because of the exposure at Fruit Logistica, more apples have been sold in Romania, the Middle East, Africa, and Asia. Plum exports to Western Europe have exploded, and several volumes of cherries and grapes have also been shipped. However, the growers still yearn to export apples to Western Europe. Moldova Fruct will have to put more work into that."

Piet is utterly convinced of the Moldovan fruit sector's potential. "Their 'Taste makes the difference' slogan hits the nail on the head. Moldovan fruit's flavor is unsurpassed. And they should build on that because their volumes and prices can't compete with countries like Poland or Ukraine. Besides the fruit's inner quality, they'll have to pay attention to the outer quality through careful sorting and proper packaging. But the vibe is already there, and they'll get there. Soon, for instance, they'll be at Fruit Attraction and several more trade shows in Europe and the Middle East. They're not going to stop," predicts Piet in conclusion.