Yesterday, the border between Venezuela and Colombia was reopened with a festive ceremony. It had been closed for seven years before the restoration of diplomatic and economic relations between Caracas and Bogotá finally broke the impasse. Venezuelans and Colombians flocked to the Simón Bolívar international bridge Monday to celebrate the reopening of the international border. 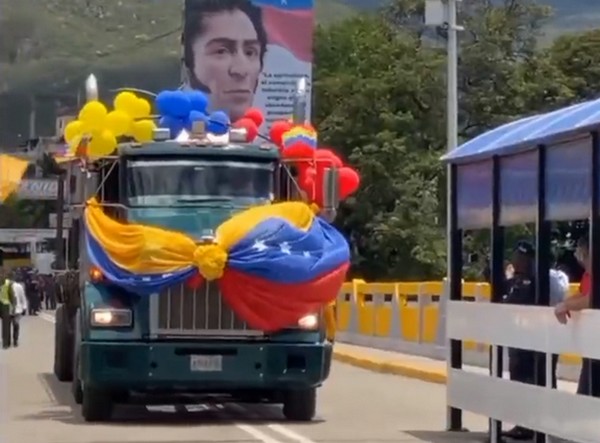 Venezuelan President Nicolás Maduro called it a “historic and transcendental” day: “We are resuming relations and taking firm steps to advance in the total and absolute opening of the border between sister peoples: Colombia and Venezuela.”

Colombian President Gustavo Petro, who has worked to improve bilateral relations with Venezuela after taking office in August, personally traveled to the border region to take part in the ceremonies.

“This is a symbol of unity, [the border] should never be closed,” said Petro as he walked along the Simón Bolívar international bridge, the locale chosen for the ceremonial event.

One pending issue in the bilateral relationship is the effort to establish peace in the border region. The Ministers of Defense of Colombia and Venezuela, Iván Velásquez and Vladimir Padrino López, respectively, met at the border on Saturday with leaders pledging to cooperate on security and trade issues.