"Cheaper Egyptian garlic has gained ground on Spanish garlic in the Brazilian market, but also on Mexican garlic"

Mexico is one of the world's largest exporters of garlic. In 2020, according to figures shared by the FAO statistical agency, it ranked seventh in the list of main global exporters, after shipping more than 15,800 tons. Between 2015 and 2019, it had ranked ninth in that same list, according to information supplied by the Ministry of Agriculture and Rural Development. 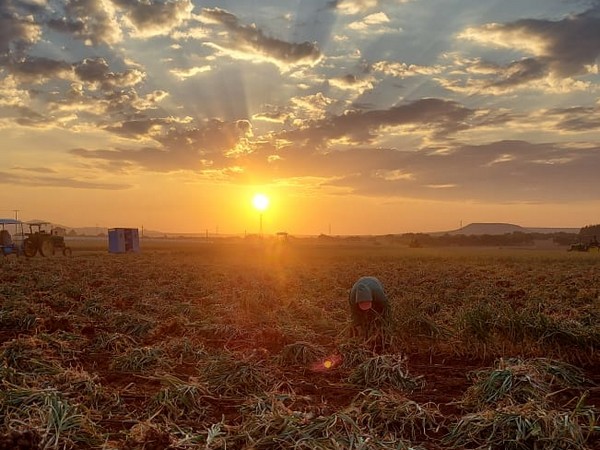 "Mexico has between 7,000 and 8,000 hectares devoted to the cultivation of different varieties. Zacatecas is the state with the highest number of hectares in production, some 3,500-4,000, followed by Guanajuato, Baja California, Sonora and Aguascalientes, although the crop is grown almost everywhere in the country," said Sergio Narváez, commercial director for garlic and carrots at Los Rancheros, a third-generation Mexican company devoted to growing and marketing vegetables, with garlic as its leading product.

"At Los Rancheros, we handle approximately 4,000-4,500 tons of conventional and organic garlic per season, taking all formats into account: fresh, peeled, black and paste. The domestic market accounts for 70% of our sales, while the remaining 30% is intended for export. Our main destination markets are the United States and Brazil."

Mr Sergio Narváez in the middle of the photo.

"In Brazil in particular, the demand for Mexican garlic has dropped due to the growth of the national production, but also due to the increase in garlic imports from Mediterranean countries such as Egypt. In fact, the cheaper Egyptian garlic has gained ground on Spanish garlic in the Brazilian market, but also on Mexican garlic," said engineer Sergio Narváez. "In my opinion, the quality of Spanish and Mexican garlic is better than that of the Egyptian product, but sometimes markets are driven more by prices than by quality criteria." 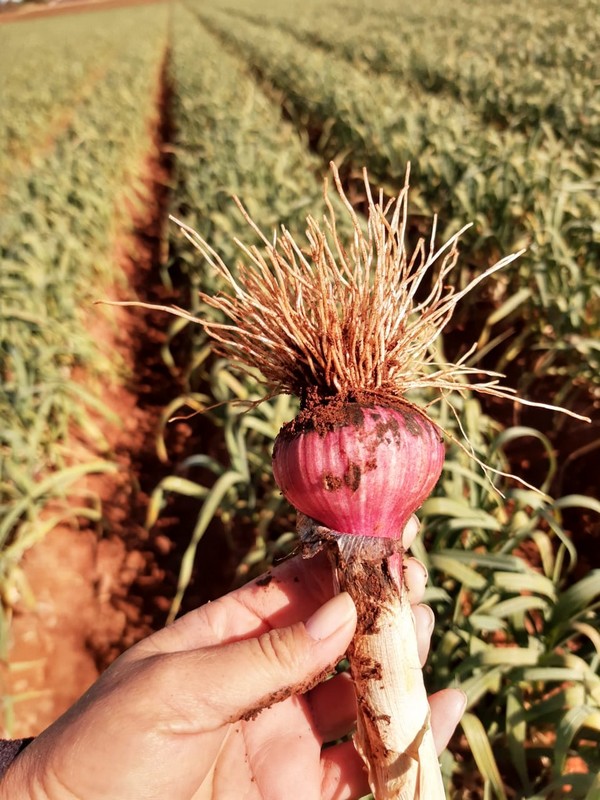 "At Los Rancheros, we are committed to providing our customers with products that meet the strictest quality standards. We use agricultural systems based on good organic practices, and we have several certifications in garlic cultivation, such as USDA ORGANIC, GlobalG.A.P and the Certificate for Organic Agriculture in Europe."

Los Rancheros, which exports peeled garlic mostly to the United States, as well as black garlic and organic garlic, started exporting back in 1986, when the company shipped its first 3 containers to the United States. "Fifteen or sixteen years ago, our main export destination was the European Union. That was when Spain had 5,000 hectares, and not 30,000, like today. Due to the increase in the Spanish production, that market ceased to be a viable option for Los Rancheros."

"Besides the company's own production in Zacatecas and Aguascalientes, we import from Chile (our main source of imports, with which we will start working in December), the United States, Peru and Argentina. The South American countries allow us to have fresh production in the off-season, and thus meet the domestic demand, although the company's trade balance between imports and exports is in balance."

"In fact, we are currently in the middle of the export campaign for the garlic shipped to the United States, with prices ranging between $25 USD per 30 lb box for the smallest calibers and $40 USD per box for large-caliber class 1 garlic," said the commercial director. "This is a normal price for the product, although it should be recalled that during the pandemic the price reached up to USD 60. This year has been marked by a very warm spring and summer, with very little rain, which has caused the garlic to ripen early and the sizes have been smaller than usual."