Danish box carrier Maersk will add a ninth vessel to the fleet of its weekly North Europe - East Coast of South America "Samba" service in November. The service's port rotation will also be increased by Tanger Med as a southbound call. 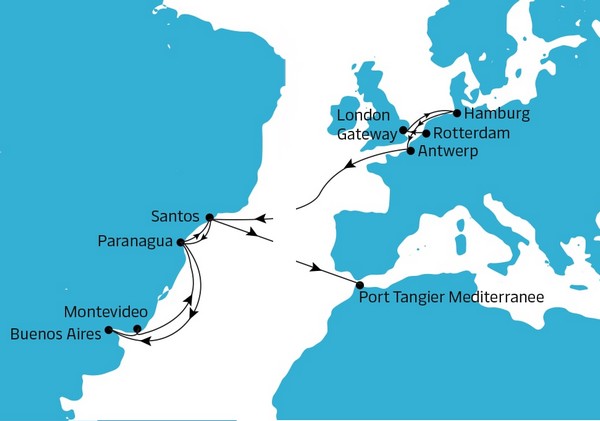