“The current global crises will be overcome by reinventing ourselves, changing and innovating.”

“The current global crises will be overcome by reinventing ourselves, changing and innovating. Just like we did in Peru with the widespread planting and exports of the Red Globe table grape variety that put our country on the map. We had to again change, innovate and switch to new proprietary table grape varieties and reinvent ourselves because today the new generations want easy, practical and novel things,” states Ing. Mercedes Auris, popularly known as "La Señora Uva" (The Grape Lady), founder and owner of the fruit propagation company Vivero los Viñedos in Peru. 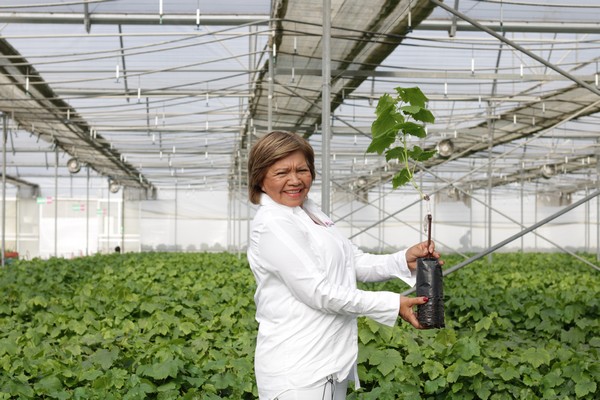 “We are going through a rather complicated stage in the world, and however long it lasts, two or three years, we must survive by measuring costs, reinventing ourselves, changing and innovating, optimizing labour, labour standards, using efficient products and at lower cost. However, I believe that despite this uncertainty we must look for our opportunity to continue growing in the market. Opportunity that leads us to reinvent ourselves and adapt to change, we will look for new markets, new business ideas; but the most important thing is to have life and health, and as long as we have that we will continue to advance,” advises Auris.

La Señora Uva earned this name through her considerable experience after being in business for 28 years and played a leading role in helping to build the formidable Peruvian table grapes industry.

“In 1994 I officially inaugurated Vivero Los Viñedos. One of my first clients were a group of Arequipa farmers who bet on me, we planted five hectares of grapes in Arequipa. I began to work with the different companies of the south such as Copacabana, Benol, Los Baraca de Agrícola Bamar, with Don Alfredo Cilloniz and Alberto Cilloniz, the Grimaldi brothers. They opened the doors that allowed more trust in me and my business by people like Jose Matta Curoto, Tallo Masias, José Luis Camino who are all great references of Peruvian agriculture.” 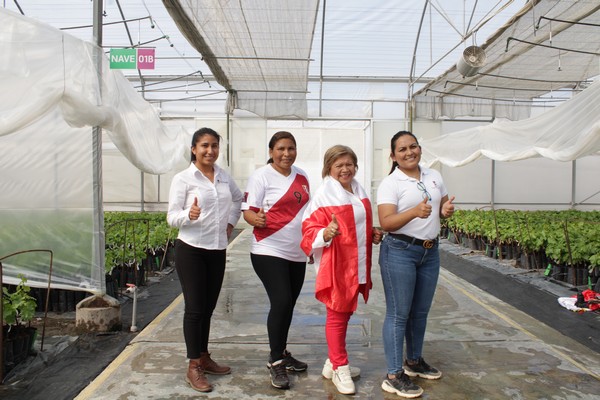 With a little over a year of wining the trust of leading Peruvian table grape growers Auris had to reinvent herself again. “My second start was when in 1995 I travelled to Chile to bring Chilean vine varieties such as Thompson, Flame, Sugraone and the Red Globe – that was the queen among all table grape varieties, with spectacular returns. In 1999 we imported Freedom from California and in 2000 we started planting table grapes on rootstocks such as Paulsen, Freedom, Harmon, MGT 101 – 14 y and Saltcreek.

"Years later, we were again the pioneers in the production of table grapes in the north of Peru, an area that did not know about this crop, thus generating thousands of jobs and a new commercial window for Peru. Four years ago we established our own farm with more than 50 hectares planted. This allows us to learn about its development, adaptability and production of the different new varieties,” recounts La Señora Uva.

“There was a time when climatic factors played against me and I ended up with all my production lost, but that did not faze me, on the contrary, I was able to find a solution. The key was resilience, asking God to give you a sign and signal that you hope for so much and with the support of my team I was able to move forward. Another difficulty was when the much vaunted Red Globe network no longer wanted to plant it in Peru. I had to travel to the United States and Chile to look for new varieties and alternatives to offer my customers.

"Further reinvention came as we continued in this dream, when we graduated to the different genetic programs in the world such as Sun World, IFG, SNFL, Ana Chile, Pristine, ARRA and Itum. We obtained these sought after licenses with all the grape patents that differentiated me and marked a historical milestone for Vivero Los Viñedos,” explains Auris. 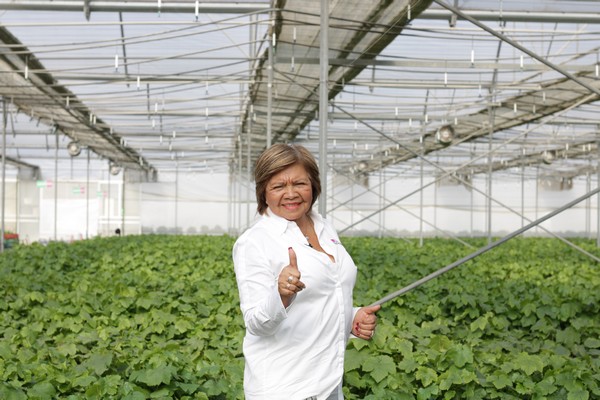 “Today the new generations want easy, practical and novel things, they want to consume white grapes at all times of the year, with short and long periods, with more antioxidants than blueberries. They want spectacular flavours, grape vines must be highly productive, attractive and nutritious. It must also be easy to make it produce bunches, while it must offer resistance to diseases such as powdery mildew, mildew and botrytis etc.,” notes Auris.

Peru is estimated to have a harvest of 71,2 million 8 kg boxes of table grapes for the 2022/2023 season. “Our  key markets are in China, if not for the problems of the shipping companies and the delay in the transit of the fruit, it would be perfect. A second key market is the USA and Europe. Mexico is also a good market that no one is looking at yet but with great potential,” says Auris. 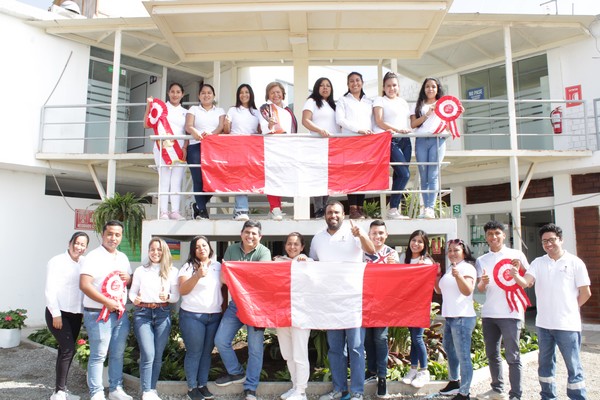 “I wish to thank my large and small farmers, from the coast, mountains and jungle of Peru, who year after year have trusted us. Thank you for your commitment and understanding in our worst moments and your applause in our great successes. One thing that differentiates us is our attitude and that I never lack, also to have a great team that has been with me at all times. I thank my beloved husband, Eng. Juan Munive Olivero, who is an impeccable professional who has been my strength in difficult times,” states a thankful Auris as she continues to live up to her earned name La Señora Uva.