Shipments of lemons from the Southern Hemisphere are wrapping up in the next few weeks on a difficult note. “The main players had a very complex campaign where the ups and downs of the markets left a bitter taste with producers,” says Alejandro Moralejo, CEO of Salix Fruits.

Argentina: To date, Argentina has finished almost all of its shipments to various markets and moved volume that was approximately 12 percent higher than last year. (Equivalent to 200,000 tons approx until week 31).

In Europe, Argentinian lemons resumed shipping through ports in Spain after a two-year absence in these ports and also continued supplying Russia with lemons.

In the U.S., supplies of Creole lemons will close the season with lower supplies--approximately 1,200,000 fewer boxes or down 20 percent, compared to 2021.

Chile: “Chile, a great player in the U.S. market, and in the premium price markets of Japan and Korea, has reduced its supply because of the early frost that affected 30 percent of its volume this season,” says Moralejo.

South Africa: Meanwhile South Africa continued to grow its supply and had projected 31,000,000 boxes or 450,000 tons as the main player in the Southern Hemisphere. South Africa will end its season in weeks 35-36.

As for pricing, Europe had its "price spring" in the months of May-June, because of an orderly supply. “In July-August, prices collapsed due to an oversupply of lemons when South Africa was able to overcome logistical problems. The drop in consumption should not be minimized by the climate of "war" in Ukraine-Russia,” says Moralejo. 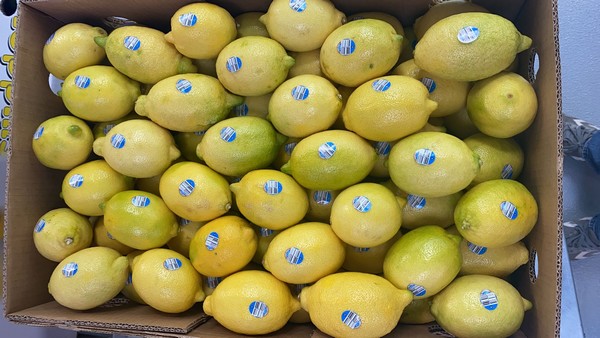 Looking ahead, Salix continues to receive lemon loads in the U.S., Russia, Canada and the Balkans to help maintain the supply of quality lemons year round. Starting in October, it will have lemons from the Northern Hemisphere again.

“Mexico is suffering from a very intense drought so small sizes are widespread. It has not yet finished showing the recovery of its production after the frosts of recent years,” says Moralejo. “Spain has projected volumes like this past year, where the Verna (summer lemon) does not recover its volumes. Turkey has significant production losses in its Lamas and Interdonatos due to the frosts of last March.”