China imports most from 'enemy', Taiwan

Taiwan is China's main supplier. Last year, China imported goods totaling $2,7 trillion. Of this, the most, $250 billion worth of items, came from Taiwan. South Korea was number two with $213 billion, and Japan number three with $206 billion. The United States and Australia, countries outside the region, followed these.

And China's number six? In 2021, China seemed to have 'imported' $157 billion's worth of goods from Hong Kong. That includes many products that were 'exported' from China to Hong Kong and returned to the Chinese mainland after processing.

Germany, Brazil, Malaysia, Vietnam, and Russia follow. Last year, China imported nearly $80 billion of products from Russia. In this year's first quarter, imports from that country increased much faster than those from others.

Globally, China is the second-largest importer after the U.S.A. Far behind, in third place, is Germany. Then it is Japan, Hong Kong, France, and the United Kingdom. The Netherlands holds the eighth position. 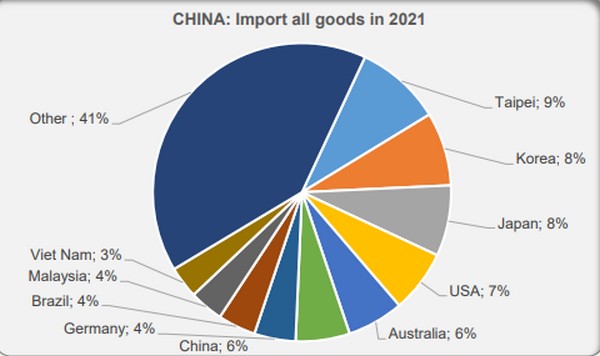 China exports most worldwide, by far
China is, by far, the top global exporter. Last year, its exports were worth $3,4 trillion. The United States is number two, with Germany just behind. After Japan, the Netherlands is the fifth largest (re-)exporter worldwide. In 2021, it exported goods worth almost $700 billion.

China exports most of its wares to the U.S. Hong Kong, Japan, South Korea, and Vietnam follow. Then comes Germany. The Netherlands is China's seventh largest buyer. 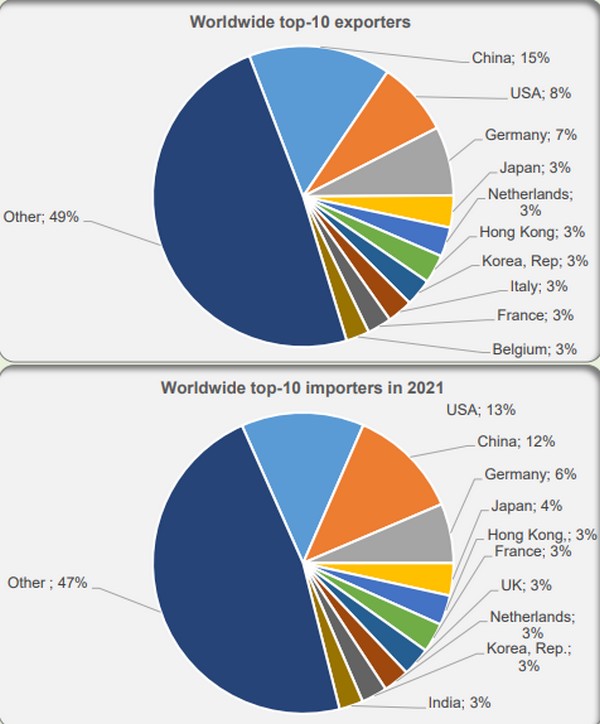