"By sourcing directly from our own plantation, we will significantly increase our organic volume"

Due to rising freight rates, dollar exchange rates, delivery delays and lower margins, the global banana market came under strong pressure in the last six months. From a longer-term perspective, however, the fruit still ranks number one with consumers. Organic bananas in particular - whether organic, Demeter or Fairtrade - are enjoying increasing popularity. To meet this rapidly growing demand in the future, the Hamburg-based fruit trading company Direct Fresh Sourcing has now launched a new private label brand called Bellarillo. We spoke to the management of the family-owned company on site in Hamburg about current market developments and the future of the banana trade.

For almost ten years now, Dirk Landahl and his team have been dedicated to the procurement and marketing of overseas products such as garlic, avocados, mangos and ginger. However, the company's main focus still lies on the banana trade in the national and international environment. In order to be able to coordinate the sourcing of goods at origin in line with market requirements and deadlines, Direct Fresh Sourcing was founded last year.

"We wanted to go one step further and therefore acquired a stake in a plantation in Ecuador. Of the total 240 hectares, 135 hectares are already in production and, depending on the season, we will be able to source between 6,000 and 8,000 cartons a week when fully completed, all Demeter-based or certified organic and Fairtrade," Landahl calculates. 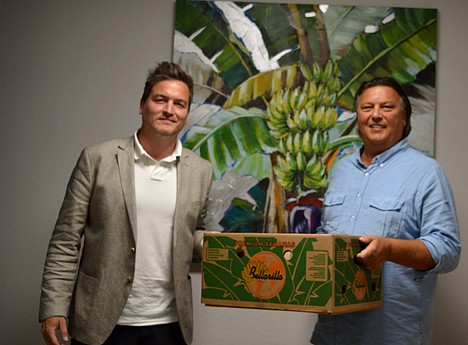 The plantation has been completely replanted, Landahl continues. "In addition to this, we are now in a position to equip the plantation with e-motors and solar energy at an early stage, which is definitely associated with more effort and additional costs at an existing production site. In this respect, we are creating CO2 compensation, so to speak, since we have built the plantation from scratch, i.e. on fallow land. The necessary water resources are also available at the new production site," Landahl adds.

Last but not least, the expansion of the range of services also represents added value for existing customers in European food retailing, Landahl adds. "With our own plantation, we now have a direct link to the origin, which did not exist in this form before. This also enables us to respond more flexibly to market developments, which is ultimately in the interest of our customer." 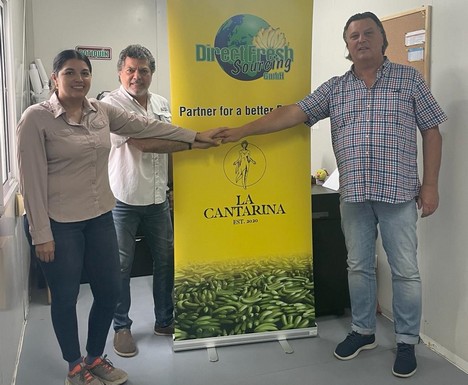 Dirk Landahl with his production partners from the La Cantarina company

Market fluctuations and alternative sources of supply
Nevertheless, the management of Direct Fresh is also confronted with the current challenges. Particularly in the 2nd quarter of 2022, they had to take a hard hit in the banana business, Landahl continues. "The turmoil of war and the accompanying cost increases and freight hikes have led to the market slump. If it had just been the dollar exchange rate we had to deal with, it would have been more manageable." 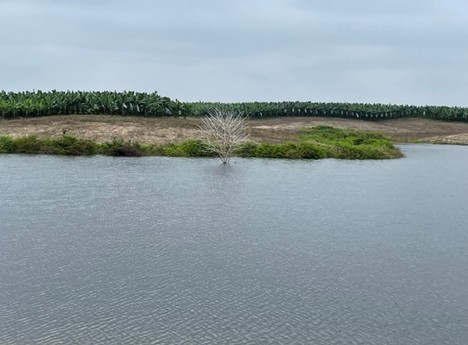 Water resources are plentiful at the new production site.

In order to be able to guarantee retailers the complete banana portfolio in consistent quality for twelve months of the year, the company is now also looking around for alternative sources of supply.

"Particularly during the change of season, there can sometimes be a shortage of supply and a drop in quality in Ecuador. The Dominican Republic is a logical alternative, and Panama and Costa Rica could also be considered. Colombia is establishing itself more and more concisely as an alternative in the conventional sector." 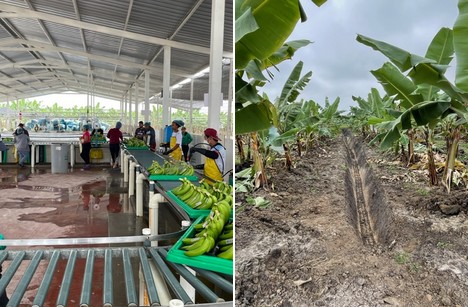 Visions and plans
The company's latest expansion moves are based not only on economics but also on conviction, Landahl concludes. "I am certain that this path is the right one. After all, as a pure importer, it has become almost impossible to operate economically these days. We have visions and plans that we want to proactively put into practice. It is a matter of the heart for us to contribute to a healthy world and also to pass on a healthy business to the next generation."