Unprecedented challenges ahead for the Fresh Herbs Industry

Over the past couple of months, the Fresh Herbs Industry has been exposed to a wide array of unfortunate developments that entailed soaring prices, minimized production and immense supply difficulties. Omer Kamp of Europe Retail Packing B.V comments in this opinion piece: “The entire fabric of the industry is about to change and unless proper adjustments are made, supply for the coming period will become more challenging than ever and push trade to the brink of disaster. 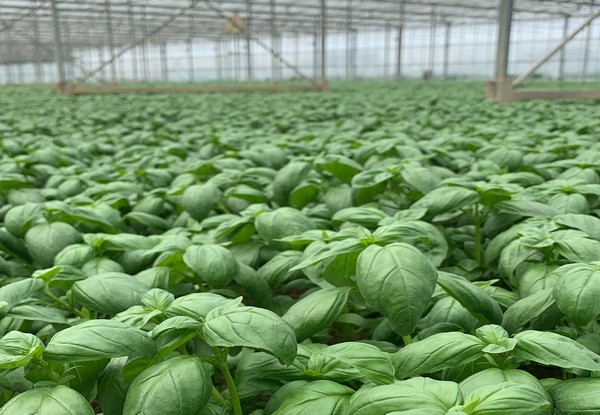 We are now faced with a crossroads where the only possible path in sight requires harsh strategical choices to be made alongside a deeper more coherent understanding of the Industry’s influences.

Europe Retail Packing B.V identifies several aspects that could potentially be devastating for herbs: Euro / Dollar ratio, spiking energy costs, rising inflation rates, extreme weather conditions, droughts, lack in raw materials and working hands deficiencies. These predicaments, whether we like it or not, are already in motion and cannot be stopped yet they must be confronted. We all take great joy trading in the Global Arena but the opportunities of globalization do not come without risks.

Euro / Dollar Ratio:
For years we have enjoyed a positive ratio where the value of the Euro was on average 15 % higher than that of the US Dollar. Today however, this percentage has diminished bringing a 1 / 1 ratio to the Euro when compared to the US Dollar. This is a direct result to uncertainties of natural gas supplies, production from the EU Block is expected to be lower and hence, its currency has devalued.

Raymond Van Der Burgh of Europe Retail Packing B.V goes on to state that logistical costs, fuel surcharges, flight rates, fertilizers and imported product prices are all being traded in foreign currencies and therefore, this aspect can no longer remain unchecked. “Most of the burden is currently being imposed on the growers but, it is only a matter of time before they, the growers, reach a melting point where costs would need to be distributed along the supply chain.”

Energy Costs:
“When it comes to Energy Costs, the war in Ukraine has undeniably shuffled the cards,” stated Wessel Prins of ERP. According to Wessel, energy prices in Europe are so high now that some Local EU Farmers are reassessing the profitability of extending the season into October where artificial lightning and heating is likely to be needed. To add more fuel to the fire, let us be reminded that all warehouses storing herbs require a temperature of 3 degrees and the associated costs of reaching these temperatures, have therefore grown exponentially. Nevertheless, Wessel continues that the worse is still before us with winter lurking around the corner and demand for heating increasing dramatically. "Consequences for this unfortunate development could stretch out far longer than we assumed and reflect on next year’s productions as well,” according to Wessel.

Inflation:
Joella Steenbergen of ERP states that there are 2 sides to the coin when it comes to the sharp rise of inflation rates in Europe. On the one hand, the EU is a mere step away from reaching an average of 10% inflation rate whereas the value of our money has been lowered by 10%. In other words, cost of living / prices have automatically gone up by at least 10%.

"On the other hand however, according to Joella Steenbergen, the long-term effect of inflation is even more worrying. In some EU countries Banks are already asking for a 50 % collateral from the growers for any future budgets / finances. This means that growers needing loans from the bank to commence next season’s field preparations and / or expansions, would need to come up with 50% collateral / private liability. “It is not an easy obstacle to overcome and could suggest that going forward overall EU production may be lower rather than higher,” stated Steenbergen.

Weather Conditions / Droughts:
There has never been in recorded history a summer so hot in Europe. It seems that not only that we jump from one heatwave to another, but also each becomes longer and more dreadful. Herbs appreciate warmth and sunlight but only to a certain level. When it becomes too hot, there are consequences to consider.

“Fast growth due to the heat does not allow fertilizers to absorb at the same rate while sun rays burn the tips of the plant. Aside from that, further irrigation is needed making herbs more spoiled and dependent than before. One way or another, the long-run consequences for these climatic conditions will surely include lower yields. For growing sources outside the EU such as Africa and the Mediterranean Region, extreme heat is no stranger yet unfortunately and from a global point of view, the warmer it gets, the more ocean water is being vaporized which later turns into massive rain-storms and floods. Therefore, we can assume to experience more frequent weather extremes that would eventually and periodically halt production in nearly all growing regions. Reality itself is even more worrisome with water supplies being dried out causing irrigation to be more expensive and more limited.

Raw Materials and Labour:
In the aftermath of Covid’s lockdowns and restrictions, we have learned an important lesson that while closing a market can take a day, having it re-opened will take years. Production and the supply of fertilizers and various raw materials is lagging behind and demand exceeds the supply. We have gone from a lead-time of 2-3 weeks to a lead-time of 3-4 months. This means that highly essential materials for growing Herbs and / or packing Herbs are currently in high demand with a higher price tag. The real problem isn’t necessarily associated with prices but rather with the fact and likelihood that some farms will be forced to minimize usage of Fertilizers and / or come short of Fertilizers. This would unfortunately result in lower yields and inferior quality.

Labour on the other hand has become a major problem by itself. Finding working hands in Europe for Agriculture is nothing less than a disaster. The increase in real-estate prices, a lack of Visas and harsher working conditions caused by the heat, have dramatically minimized the number of workers coming in to Europe. Locals, unfortunately, do not seem to accept working conditions in the fields. We have come across instances where product was ready for cutting but, there were no hands to cut it. “With no working hands in sight, growers will be forced to minimize production despite the high demand. It is a forced minimization of supply,” stated Raymond Van Der Burgh.

What to expect next:
The entire team at Europe Retail Packing B.V is convinced that despite the harshness ahead, there will be opportunities for the market to once again regain its prestige. Till recently there had been many newcomers to the industry who acted irresponsibly without taking a minute to think of the day after. Today however, and in spite of recent developments, we are certain that growers, importers, exporters, traders and retailers will need to find a way to provide their clients with marginal values that would eventually pave the way for a more stable, secure and proficient trade in the Fresh Herbs Sector.

This industry was first created by people who cared, cherished and respected Mother Nature and farmers using their bare hands to plant, cultivate and harvest different crops. We, at Europe Retail Packing B.V, too feel the same and will take whatever measures needed to ensure our farmers will benefit from high returns due to our willingness to provide Marginal Values. The notion to bring prices down for the benefit of competition is a falsified one and would only hurt the industry by costing it more resources and money.  ‘The right way is the hard way’", concluded Kamp from ERP.