Kelvin Atoche, Manager of APPBOSA, in Peru: “The situation is unsustainable”

"Fairtrade had agreed to an increase of $0.50 per box of bananas for this year, but the cost increase has exceeded $1"

For months now, the global economy has been affected by a generalized inflationary wave, intensified by, among other factors, the escalation of energy costs and the disruption of global supply chains caused by the delays of container ships in oceans all over the world.

Consequently, bananas, one of the cheapest and most consumed fruits in the world, and highly dependent on exports, are being hit hard, and the finding of a solution could be further delayed following the condemnable step taken by Russia with the attack on Ukraine, which suggests that this inflationary wave in which we are immersed will be accentuated. 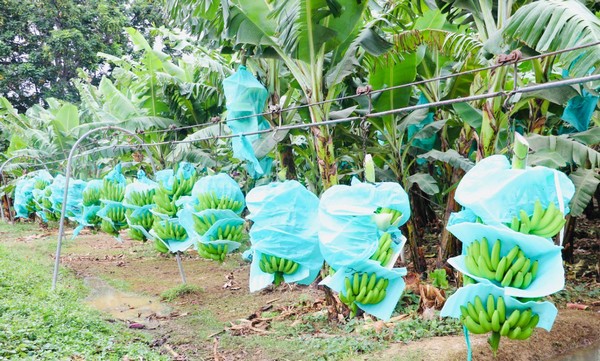 "In the 2019/20 season, COVID was already tragic for the banana industry due to all the expenses it generated. The sector continued working, but to do so, it had to implement protective measures for the workers, COVID-19 rapid tests, medical surveillance, sanitary protocols, etc. This caused fruit production costs to increase dramatically," says Kelvin Atoche, manager of the APPBOSA Agrarian Cooperative.

"We expected 2021 to be a year of economic recovery and investments for our sector, but then came the post-pandemic effects and the rise in the prices of inputs (cardboard boxes, plastic inputs, pallets, among others), which intensified from August, when the situation became chaotic due to the dramatic shortage of shipping space and the rise in sea freight costs."

As Atoche recalls, it should be noted that Peru's logistics operation and sea freight costs are among the most expensive in the region, with differences of up to US$ 0.50 per box compared to other South American exporters. "In addition to all this, an undesirable political situation in Peru also contributed to the increase in costs." 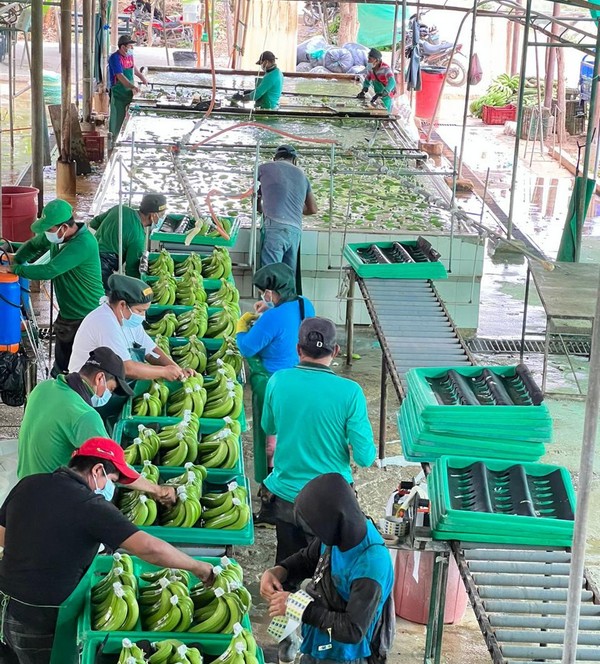 "The change in the labor regime (2019- 2020) that the government pushed through has entailed an increase of about $0.30 cents per box of bananas produced, which adds to the $0.50-0.60 increase caused by the rising cost of inputs such as cardboard and plastic, and the $0.15 increase per box linked to local logistics operations, so overall, the increase per box in a year has exceeded 1 dollar." 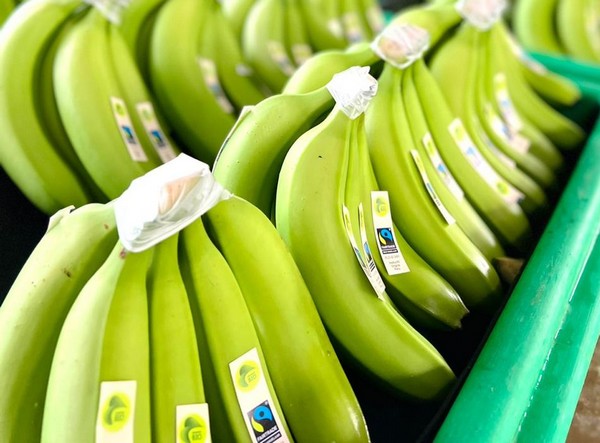 "Our bananas have organic, GlobalGap and Fairtrade certifications. This year, Fairtrade had agreed to an increase of $0.50 per 18.14 kg box of fruit, bringing the price to $12.85. With this increase, we thought we were going to help producers a lot and compensate for their higher production costs, given the 100% increase in the cost of fertilizers, but with all these increases in the chain, the production and export costs currently exceed $13.00 for a box of bananas in Peru," says Kelvin Atoche.

"It is a very chaotic situation, because there have never been so many increases in such a short time. But that's not all, many importers are buying quite a lot of organic fruit from Peru, and they are paying $10.50; a difference of $2.35 with respect to Fairtrade. At APPBOSA we have been selling 25% to 30% of our volume at that price. The costs are not covered, but we had to sell the fruit available and the volume of Fairtrade fruit sales has been lacking or reduced in Peru in the first months of the year. We are hoping that this market situation will improve in the coming months." Greater price stability in Asia and Canada
According to Kelvin Atoche, the price situation is much worse in Europe, an important destination for the fruit from South and Central America in general, and for bananas in particular, and there is strong competition in this market.

"At APPBOSA we export to South Korea, where the price has stayed the same. We also export to Canada, where there has not been an impact on the price either. In fact, the price paid for Fairtrade fruit is higher than in Europe."

"Therefore, we are strengthening our relations, aiming to increase our volumes there, as well as in the Nordic countries. We are also working with Promperú to move up the chain and look for new niche markets that offer fair prices for our fruit." 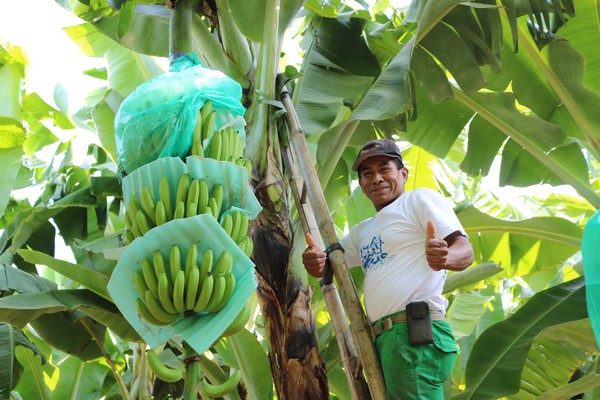 "It is worth mentioning that a proposal for a special policy for organic banana micro-producers in Peru had already been made in 2013," says Kelvin. "The critical market situation and cost increases in the chain are expected to have negative effects on the stability and social and economic sustainability of micro-producers and their organizations." 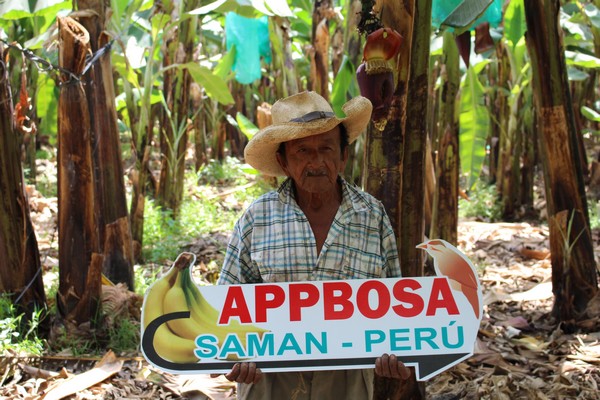 "We know that there is a strong demand for organic Fairtrade bananas, and this is to thank to the good reputation that we, micro producers in Peru, have earned by offering quality organic bananas. These bananas continue and will continue to be produced by micro producers, who trust they'll be able to overcome this critical situation by always working together and with the support of importers, supermarkets and end consumers of Fairtrade products." 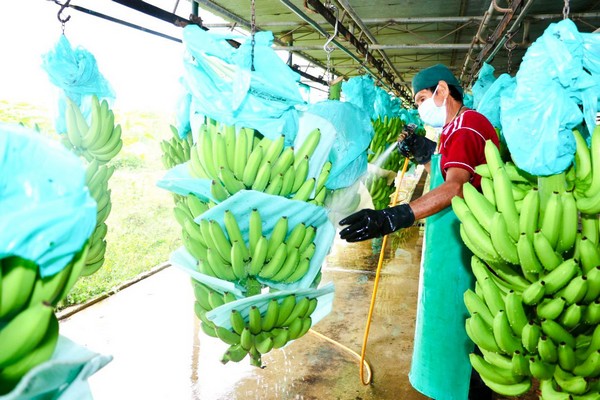 Pitahaya, lemon, mango and blueberries are emerging as alternatives
Banana production began in the 1990's, with producers who started growing the crop to sell the fruit in the local market. Then, in 1997-98, the State promoted the production of organic bananas for export, says Kelvin Atoche. The APPBOSA cooperative association was born from the union of a hundred producers in 2003, which delivered fruit to Dole. In 2004, it became Fairtrade certified and, thanks to the investment that this certification entailed, which helped them train their producers and implement the required internal control systems, in 2007 APPBOSA obtained its own organic certification. This allowed it to strengthen its negotiating capacity with exporters and to begin shipping fruit independently.

"We were the first exporting cooperative in the Valley," says Kelvin. "APPBOSA served as a model for other concessions in Peru, so that they could become independent from the intermediary export companies." 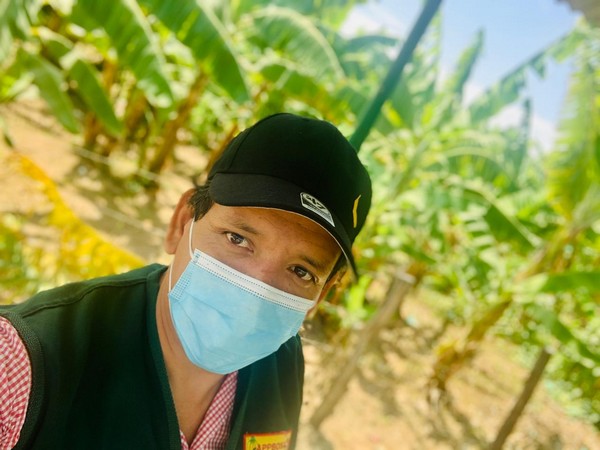 However, the increase in costs could be a decisive factor for this industry if this situation, which, as Kelvin points out, is unsustainable, continues over time. "Between 2015 and 2018 there was a considerable increase in the income of banana estates or plantations, but since last year, many producers have already started to uproot their plantations. There is a tendency to switch to other crops, and pitahaya, lemon, mango for export or blueberries are emerging as more profitable alternatives."