Jennifer Quintero, of Cooperativa Frontera: "After the Cabildo itself, we are one of the companies with the highest volume of business on the island"

Pineapples are one of the fresh fruits that the European Union imports the most from non-EU destinations, only behind bananas and oranges, with volumes that in recent years have remained above 900,000 tons. However, Europe also has its own production, mostly concentrated in the southernmost island of the Canary archipelago.

"Tenerife and Las Palmas have some pineapple production, but 98% of the Canary production comes from the island of El Hierro," says the manager of Cooperativa Frontera. "In the cooperative we produce around one million kilos that are sold entirely in the Canary Islands through Mercatenerife and Mercalaspalmas, with approximately 80% intended for restaurants and hotels." 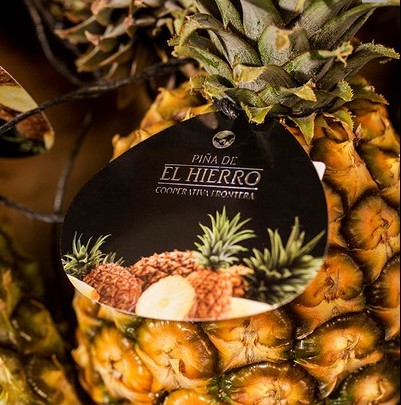 "Unlike in the Peninsula, in the Canary Islands the importation of tropical pineapple is prohibited by law to prevent the entry of pests that could threaten the primary sector, so the only fruit supplied to hotels and consumers in the Canaries is the one we grow on the island,” says Jennifer Quintero Melián. "Also, we have limited space to produce, as this is an island, and we do not have enough volumes to send to the peninsula, where we would have to compete in terms of prices with imported pineapples."

Although with a surface of only 268 square kilometers, the island designated as a World Geopark by UNESCO has the highest density of volcanoes in the entire archipelago (almost a thousand), has been a Biosphere Reserve since 2000 and has six Protected Natural Areas that, according to the Cabildo of El Hierro, cover 60% of its territory; And all this is not preventing it from having the largest acreage devoted to pineapple production in the whole of the islands thanks to its tropical climate, the influence of the winds and the richness of its soils of volcanic origin.

"Cooperativa Frontera was founded in 1976. Initially, the associated producers cultivated bananas, until approximately 35 years ago, when pineapples were introduced, and ever since their cultivation has spread due to the higher prices that this fruit reaches," says the manager. "Since we rely mainly on the hotel industry, which has been heavily hit by the pandemic, the situation this last year and a half has become very tough and many producers have become discouraged, but I hope that little by little things will go back to normal, because agriculture is the main activity on the island. We alone have more than 750 members, 80 of them pineapple producers, on an island that has 11,000 inhabitants.” 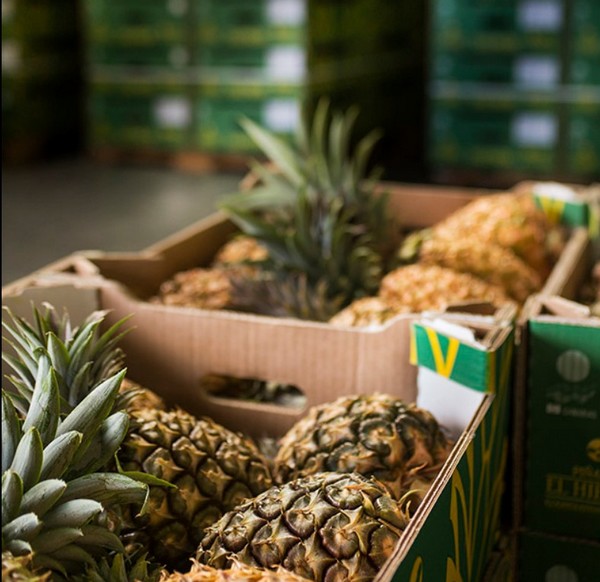 Pineapple cultivation
Pineapples are native to South America, and their cultivation has characteristics that differ from those of other tropical fruits grown in the country. "The pineapple plant reproduces mainly by children, as in the case of bananas," says Fabio Toledo, agricultural technical engineer at Cooperativa Frontera. "Once the soil has been prepared, they are planted directly in it with a plastic mulch that prevents uncontrolled growth of herbs while giving the soil optimal conditions in terms of temperature and humidity." 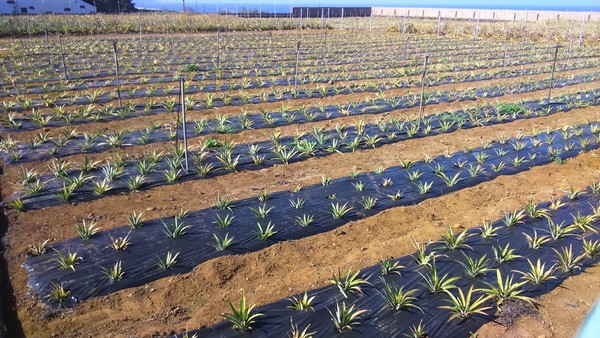 “Each plant delivers up to 3 harvests. The first harvest is obtained 18-20 months after the planting, depending on the conditions of the area where it was grown, and in the next two years, up to two more pineapples are harvested, although the third harvest produces lower quality fruit," says Fabio. "After this cycle of three harvests, the plants are removed and children are selected for a new planting. These children are also shared among the island's producers." 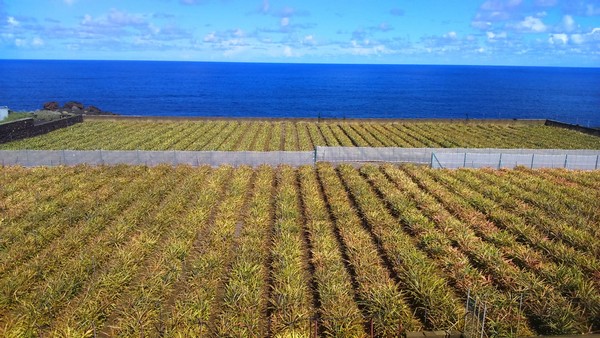 “This rotation system in the plantations entails that there are always active and inactive produces, but it guarantees that we have a continuous production throughout the year that comes close to a million kilos. In the last semester, almost 30 hectares were in production and for the next 6 months, up until June 2022, we will produce pineapples on another 25 hectares,” he says. 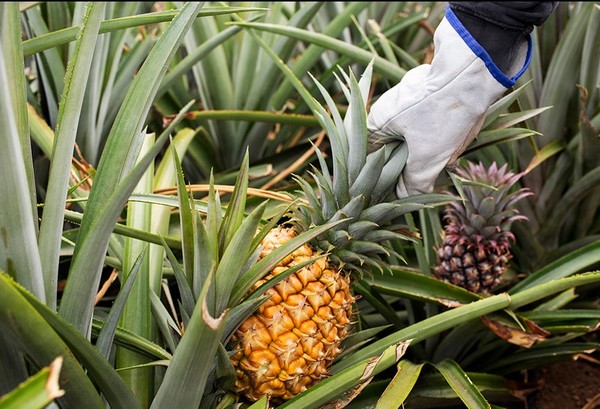 Cooperativa Frontera is not only devoted to the production and marketing of optimally ripe pineapples, bananas and other tropical fruits. It also has a winery where it produces a wide range of wines, its own supermarket, a warehouse for the sale of phytosanitary products, fertilizers or feed to its partners, and it offers a transport service between islands that has become one of the most important in terms of volume handled in El Hierro. "We have a turnover of almost 8 million Euro a year," says Jennifer. "After the Cabildo itself, we are one of the companies with the highest volume of business on the island." 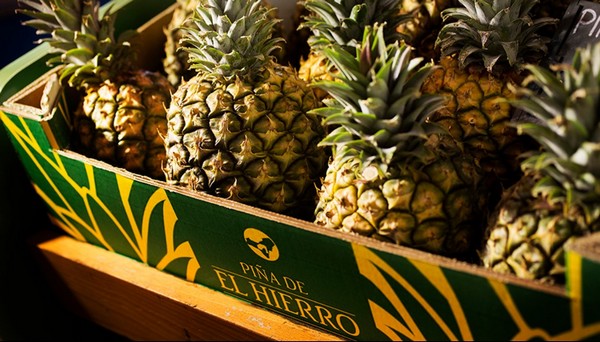