Tomatoes, peppers, cucumbers, zucchinis and eggplants are the main component of the growing area in Almeria, Spain. In the eastern part of the region, in addition to the traditional tomato cultivation, the producers rely mainly on special crops due to the yield possibilities. Here, the increased salt content in the water has a particularly beneficial effect on the growing and cultivation of these special varieties. The conventional season lasts 6 months and starts in October, whereas the season of special varieties lasts up to and including July. Overall, production is expected to decline by 10%, with a greater focus on specialty tomatoes and Roma tomatoes predicted in the future. These have seen strong growth in demand in recent years.

The main production area of peppers and cucumber is located in western Almeria, bordering both the mountainous region and the country’s coast. Within the main season from September to December, there are higher temperature differences between day and night in the mountains. For this reason, the optimal thickness of the bell pepper walls is reached earlier here, so that the peppers in the high mountain regions of Verja and Dalias can be harvested earlier. More to the south, large quantities of peppers are harvested in the immediate vicinity of the sea around Roquetas, El Ejido and Adra in the months from November to March/April. There, specialty peppers, such as Palermo and Sweet Bite (varieties with a sweet taste), have gained strongly in importance in recent years. Thanks to this positive development, 5% more hectares are now cultivated there. 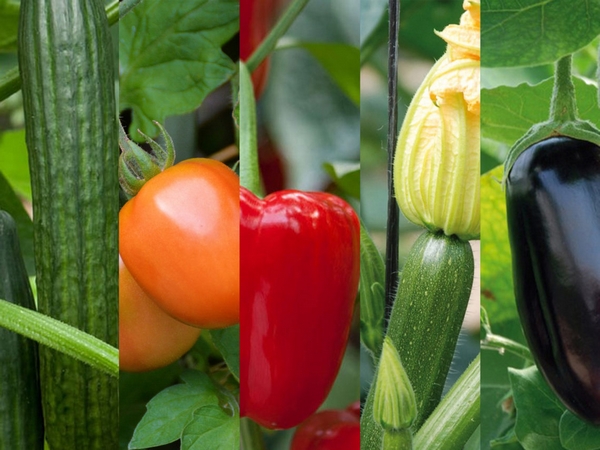 Because early-season cucumbers have a lower virus risk, growers are focusing more on the September-December harvest – less on the later January-February season. Overall, no production changes are expected here. The zucchini, on the other hand, which is in season from mid-September through May, indicates a slight decline in production. Prices of zucchinis rose rapidly in tandem with demand over the past 10 years until supply and demand eventually became out of balance and prices fell. In stark contrast, aubergine production appears to be up 5% this season (mid-September through May). Supply and demand are balanced here.

In general, the seasonal outlook is very much related to the climatic situation. In recent years, more changes can be observed, some of which have a negative impact on production areas. The increase in average temperature, major droughts and torrential rains show more clearly than ever how important it is to be even more attentive to the climate in the future.