This year, despite the dramatic frost episode from last April, the Blue Whale producers have launched the Pixie Bio variety. With nearly 1,500 tons, this early apple variety will be on the shelves from September to November. 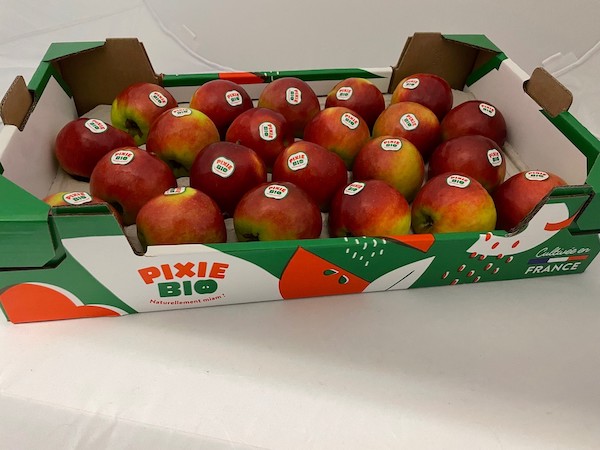 “Produced in the Garonne Valley, the Pixie Bio apple is intended to become an organic reference early in the season and to seduce consumers. Crunchy, sweet and aromatic, it is characterized by its bright red color and attractive appearance.

This small apple is also perfectly adapted to the challenges of organic orchards since it is naturally resistant to scab,” explains Benjamin Vincent, organic market manager at Blue Whale. 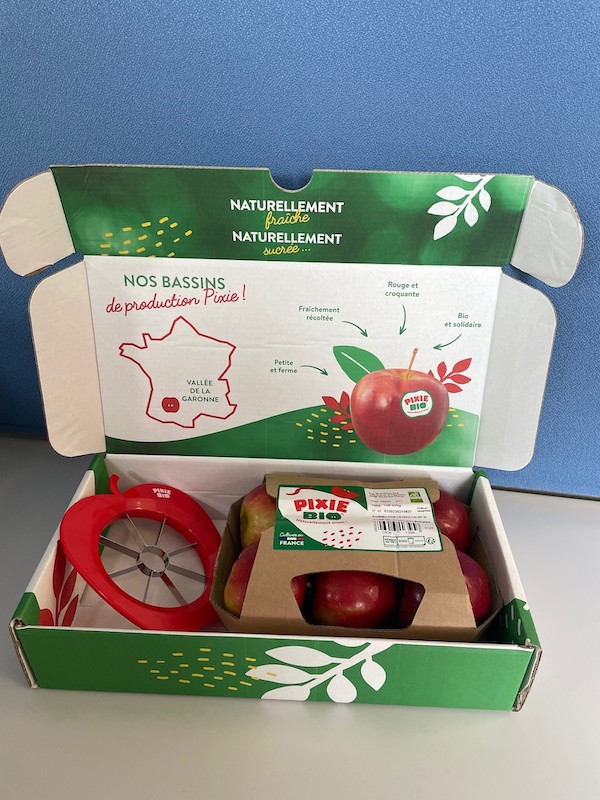 For its launch, Pixie Bio asserts itself as the brand of solidarity and commitment thanks to a partnership with HopHopFood which fights against food waste.