We have arrived at the final overview of the year: December. Cherry, citrus, grape and blueberry seasons are all in full swing. In Russia, imports of tomatoes and peppers from Turkish regions Antalya and Izmir were banned due to some findings of the pepino mosaic virus. Renewed pandemic restrictions in various parts of the world affected the markets, but despite this, Asia Fruit Logistica announced they will hold a physical trade show in Hong Kong at the end of September 2021.

Garlic and ginger see high demand and pricing
Garlic continued to see extremely high demand, as did ginger. Lower volumes of #1s in the market is causing high pricing. The ginger market is also seeing high prices this month, as it has been for the past few months. Due to the high demand, China started harvesting and shipping their ginger early, though this lowered the quality of the product. High citrus demand continues
The US domestic citrus season is in full swing this month, and California is seeing strong supplies of organic citrus. In line with the overall increased demand for citrus due to the pandemic, the holiday demand this year is also higher than usual and grower/shipper Sunkist prepared for the holidays by offering a limited-edition “How the Grinch Stole Christmas” 10-lb carton of their Navel oranges. While retail demand for citrus continues to be above average, wholesale and foodservice demand remain conservative, with many ups and downs as regulations are tightened and loosened continually, depending on the state. The US domestic lemon crop was a bit down in volume, and overall demand this year was described as ‘a rollercoaster ride’.

In Europe, the demand retail demand for citrus also remained high, though prices were disappointing to some growers. In Egypt, the orange season has started with lower volumes of the Navel variety, but Valencia oranges will arrive soon with solid quantities; the focus for Egyptian exporters this season will be on the newly-opened market of Japan. 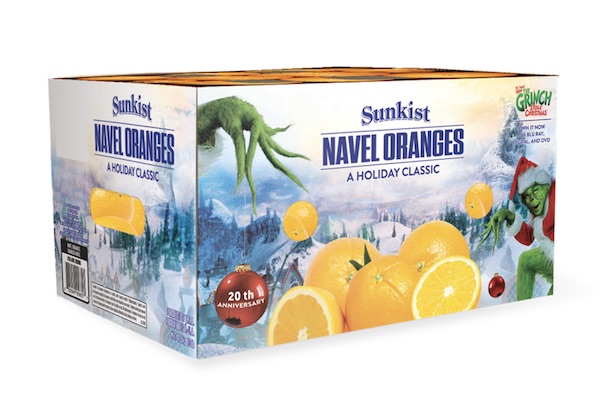 Latin American production and exports
Latin America is in full production this month for multiple products that are exported around the world. Mexico is seeing strong and steady supplies of Hass avocados, which are seeing strong demand in North America. The raspberry volumes from Mexico increased at the start of the month, with even demand and pricing. Unfortunately, the Mexican lime season wrapped up early due to low demand, which was caused by the renewed closures of foodservice in Europe and the US.

Ecuador kicked off the peak of their white dragon fruit season, with expected high volumes coming in through June. Both Ecuador and Brazil sent higher mango volumes than usual to the US this month, as significant volumes from Peru haven’t yet arrived. 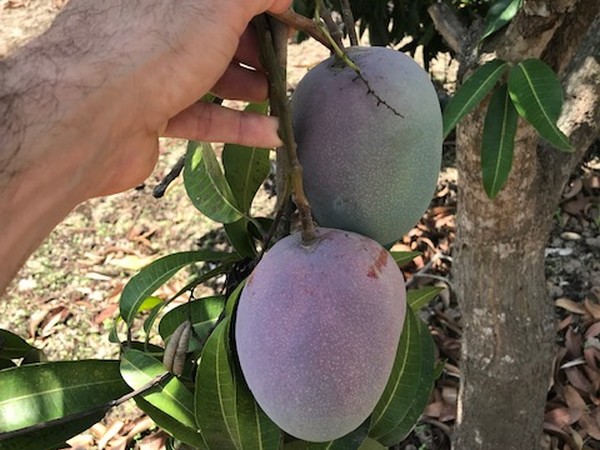 For blueberries, multiple origins are currently supplying the global market, with Chile ramping up in combination with volumes coming out of Peru and Argentina. This caused prices to soften in North America, while in Europe the prices rose as they received lower volumes. North American blueberry growers formed a new alliance to seek relief from the rising volumes of imports.

Lower apple volumes
The apple stocks for North America and Europe are this season. In the US, the lower volumes are creating a strong domestic apple market, though exports are down. For the Autumn Glory variety, grown by Domex Superfresh Growers in Washington, supplies were up significantly this season. The Red Love apple, which features red flesh and has been growing in demand and volume in the past years, was exported to India for the first time this month. In Poland, producers are about one-third through the season and are seeing good sales, though effects from the pandemic as well as some hailstorms earlier in the year can be felt. 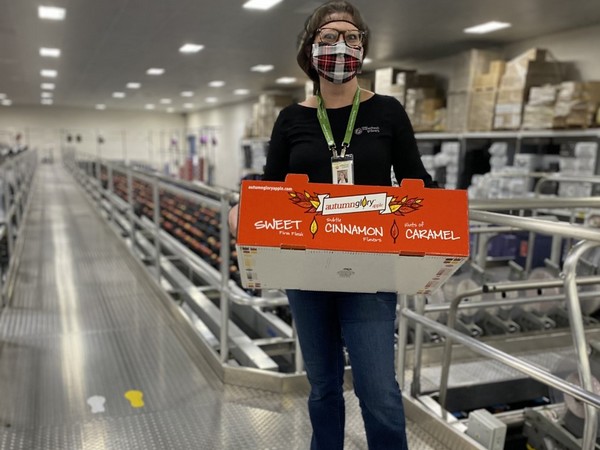 Banana news
The banana sector was full of news this month, too. In Canada, bananitos from Ecuador were introduced because the pandemic left producers with excess supply. Fresh Del Monte and Dole Food announced that they are imposing a ‘force majeure’ surcharge on all their North American banana contracts starting this month. Latin American producers began exporting to the Philippines this month, where demand remained high. The Latin American banana growers are also expressing concern about the new Rainforest Alliance certification, and COLSIBA, a coordinating body of unions, wrote to German and UK supermarkets to discuss their concerns.

Foodservice closures affect produce
The renewed closures of the foodservice sector in Europe affected onion prices, which are being sold at a loss. Sweet potato demand is also affected by the closure of foodservice, but a good season in Europe is still expected. Strawberries, too, are seeing slow demand as the foodservice demand usually outpaces retail demand in the winter season. In the US, foodservice closures have led to an increased demand for specialty vegetables as consumers are looking to try new foods at home. 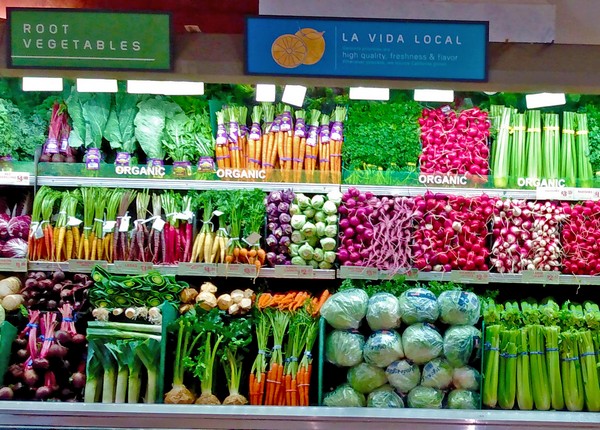 Multiple grape origins in production
The European grape season this year extended longer than usual with some later varieties coming into production, which caused a slower transition to the import season. India is going to exporting their first commercial volumes of the ARRA 15 grapes in the coming season, targeting markets such as the Far and Middle East, EU, Canada, Russia and the UK. Namibia is currently seeing peak volumes of their table grapes, with record volumes of around 7 million cartons expected for the season. Due to an earlier end of the Brazilian season and lower volumes coming out of Peru, European importers are showing good demand and seeing good sales for the Namibian and South African grapes. Despite this high European demand, grower and exporter Capespan is working expanding their market in China.  The Chilean grape harvest is currently underway, with a projected 10-15% increase in volume for the season; the first shipments are now on the water. 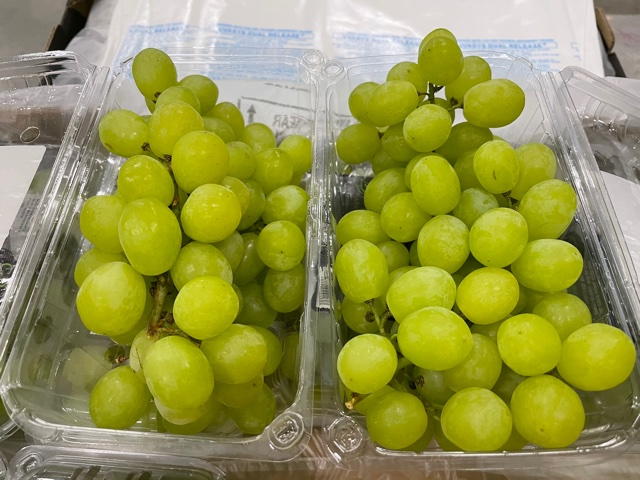 South African cherries and blueberries
In South Africa, the short but robust cherry season is underway with expanded volumes, which are expected to continue growing each year. Fall Creek South Africa released their first blueberry plants which were shipped to more than 20 locations in the country. The stone fruit season is expected to start 10-12 days later in South Africa due to cool spring weather, but overall high volumes and demand for the crop is expected.

News from Asia
In China, retailers released an innovative new shopping opportunity in the form of AI vending machines that worked to provide a secure shopping experience to consumers. Zespri signed the beginnings of a commercial deal with a state-owned Chinese firm in the hope of buying  an estimated 4,000 hectares of unlicensed SunGold kiwifruit in China. After a tough year, the Chinese import fruit market looks to be gradually recovering after the pandemic. 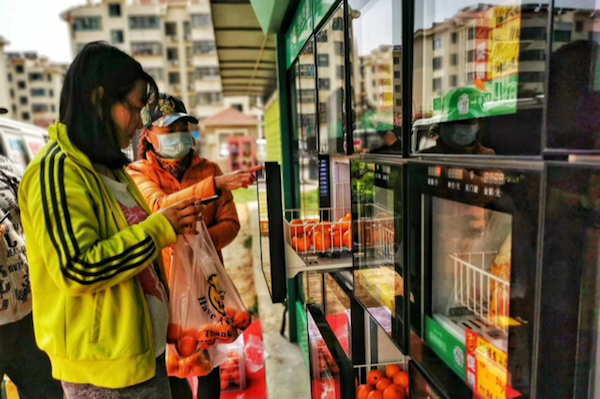 In India, government plans for organizing growers into cooperatives caused farmers to take to the streets in protest. Despite the protests, the grape season is expected to start with normal timing.

Logistics
Despite the pandemic, plans for Brexit continued on and trials at UK exit routes caused enormous delays on truck traffic. Additionally, due to a mutation to the coronavirus found in the UK, an increasing number of European countries banned travelers entering from the UK and while logistics lines for fruit and vegetables are still open, volumes are building up due to delays.

Container shortages continue to be a challenge in the industry, and this video explains the cause of this. Air shipments also continue to be challenging, as there still aren’t many flights available.

Company news
After news in September that US carrot producer Grimmway Farms was exploring a sale, the company was sold to an Indiana investment firm in December. Greenyard received a settlement in court with FSMA, for the “incorrect dissemination of misleading information” regarding a listeria contamination in a Hungary-based factory.
Del Monte Spain launched a new fresh cut pineapple product this month for the Spanish market. 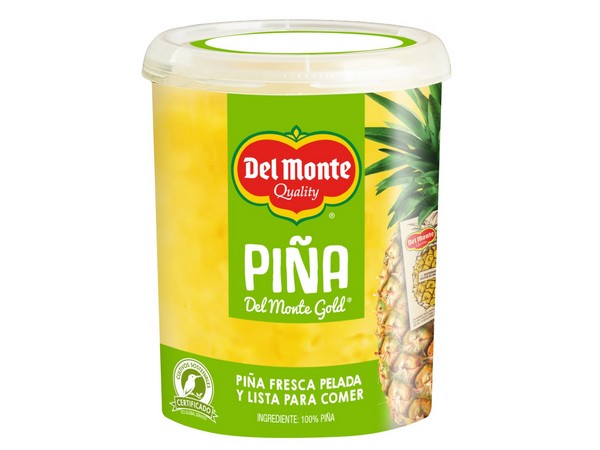