Although the high point of the mushroom season is already two months behind us, pre-Christmas sales are rising again. Mushrooms in particular are currently very popular, especially at the Christmas markets. During the Christmas season, sales are expected to increase by about 60 percent. Wholesaler Uwe Buschhaus believes, however, that the popularity of mushrooms is increasing in general. “Both the demand and the assortment are getting bigger every year.”

“The demand for mushrooms is currently very high. Certainly the small white and chestnut mushrooms are very popular at the Christmas market.” In addition to this, the wholesaler considers the season as a whole to have been very successful. “The prices were moderate, not too high. At first glance I believe we have sold more than last year.” 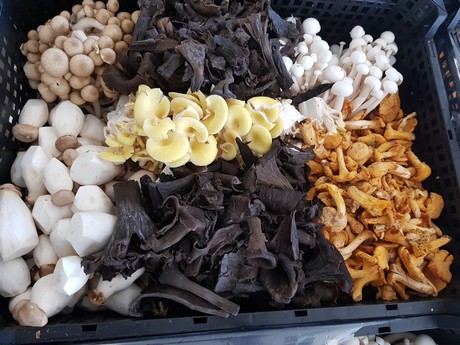 Mixed mushrooms
Some varieties are in constant demand, such as the King Trumpet Mushroom. “We have a broad market for this product across Europe. We sell an average of 10 tons a week, depending on the season. Shii Take is also relatively popular, but has been at the same level for several years now.” During the apogee of the season, between May and October, the chanterelles are also very much in the customers’ sights. “There are nowhere so many chanterelles sold as here in Germany. Even the exotic mixes have been trendy for some years now.” In addition, Buschhaus also sees more and more varieties on foreign shelves. “We can also see that the variety of exotic mushrooms such as Shimejii, Eryngii, Nameko, Shii Take, etc. in the supermarkets in neighbouring Holland is steadily increasing. This is a pleasing trend.” 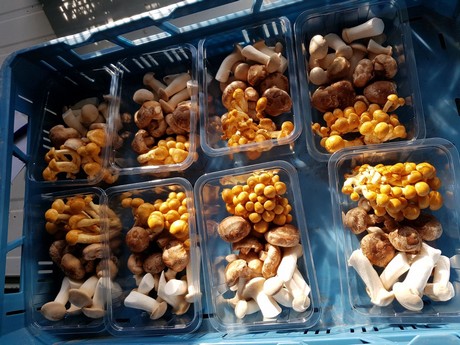 Buschhaus cites the current health trend as a possible reason for this increased popularity. On the other hand, people do not want to put too much effort into their meals. “Starting this year we have had a new installation, with which we wash, dry and package some 2 tons of chanterelles daily. Also, we sometimes mix 10 to 12 varieties in one package. It started off very well and I'm sure the demand for these ready-to-cook mushrooms will increase even further.” 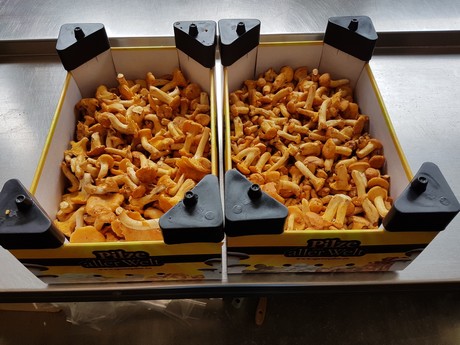 International service
Uwe Buschhaus' wholesale business, with locations in Meckenheim and Witten, has been involved in the import and export of all kinds of mushrooms since 1985. Its product range includes Steinpilze and wild mushrooms, mushrooms, King Trumpet Mushrooms and chanterelles. In order to be able to offer his customers a constant supply, the wholesaler also purchases products from, amongst others, the Balkans, China and Africa. Amongst Buschhaus’ customers he has catering companies and wholesalers in Germany, Austria and the Netherlands.