We had a look at the fruit and vegetables available in Shanghai, but there wasn't much. Probably the centre of such a metropolis is not the best place to go looking for it, and prices reflected this. 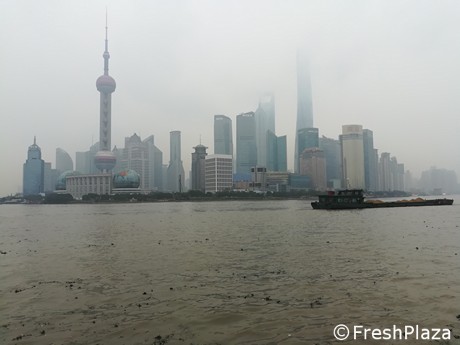 The Macfrut delegation for Mac Fruit Attraction China arrived in the Chinese metropolis on 21st November 2017. FreshPlaza seized the opportunity to visit a few stores. Prices seemed affordable, just like other things (€4 for a fast food meal and €16 for a one-hour taxi transfer). 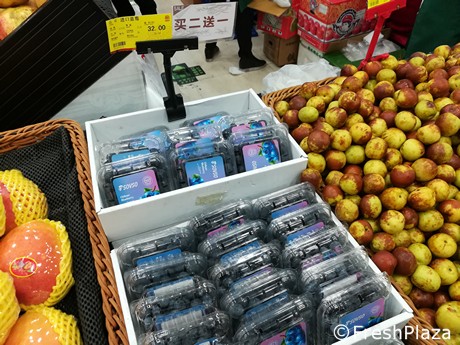 Courgettes were available in 500 gram packets sold at 13 Renminbi, while Chilean blueberries were sold at 32 Renminbi for a 125 gram punnet. 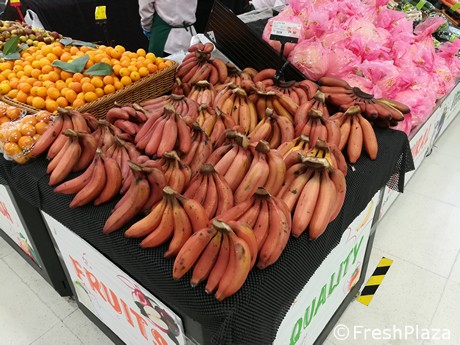 The small characteristic red bananas were displayed in a greengrocer's located in one of the city's main streets and were sold at 24 Renminbi per bunch. 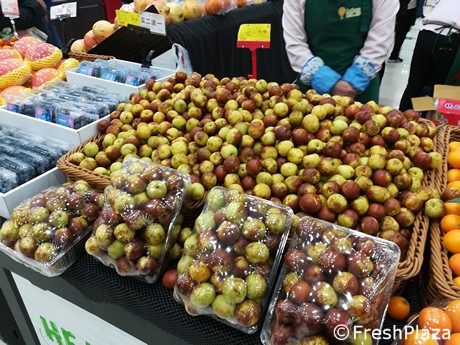 There were also packaged and loose jujubes. 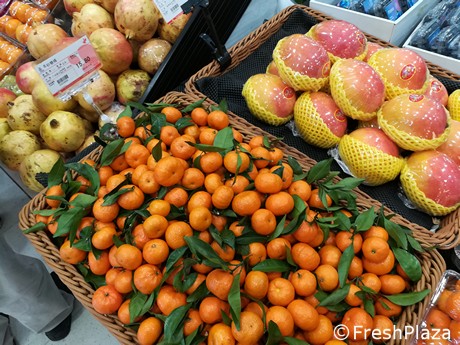 Clementine tangerines were sold loose (photo above), while packaged ones were sold at 28.80 Renminbi a packet (8 fruits = 3.7 Euro). 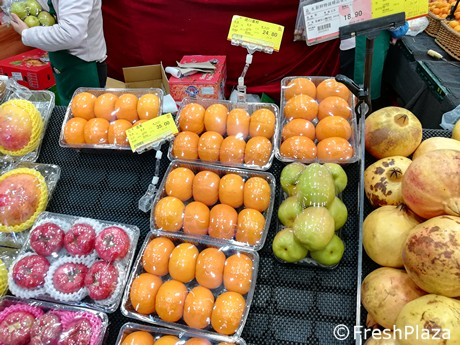 Half a window of a corner shop in a strategic location was dedicated to melons and pineapples.

Garlic was sold in traditional 5-head nets and there were also loose pumpkins and packaged carrots. 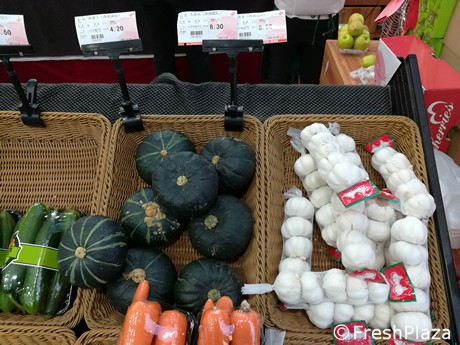 Quality in general was rather good.