As reported earlier this week, Polish apple consortium Appolonia and the China Fruit Marketing Association, held an official ceremony in Chongqing on 12 December, to celebrate the first shipment of Polish apples into China. 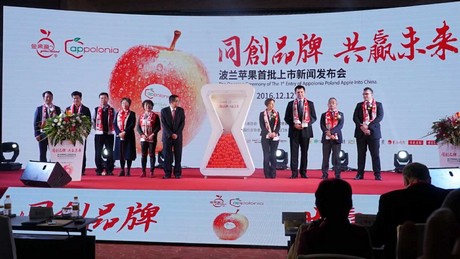 "The B2B shipment was really important to feeling out the market and making sure that customers really are interested in selling our apples. It also gave them the chance to show the apples to the final customer." shared Michał Lachowicz, President of Appolonia.

Michał said that the exact figure they plan on sending to China in the 2016/17 season is not yet set, as they are in the early growth stages and will likely send larger amounts as the demand continues to grow.

"We have received a lot of great feedback from various Chinese companies who are enthusiastic about Polish apples and are excited to market them as fresh and healthy fruit."

Appolonia sell their apples exclusively to the Chongqing Import and Export Fruit Association, an agreement that has been set for the next two years. 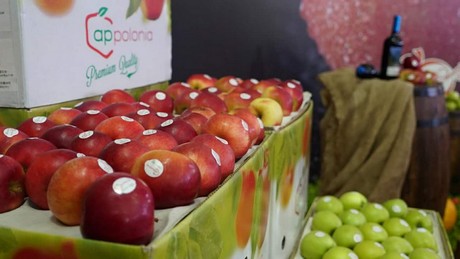 "Chongqing was an obvious choice for Appolonia because it is THE company in China who deals with the import of premium foreign fruit and vegetables. They work directly with many foreign brands exporting to China, Zespri being just one of them, so they offer huge possibilities for us. Our apples will have a combined start across China, in a wide number of channels such as retail, online and supermarkets." said Michał.

There had been earlier reports about the possibility of transporting the apples directly from Poland to China, but Michał said that this has not become a viable option for a couple of reasons; the first reason is that it is too problematic to transport goods through the Russian territories while there is still an embargo on apples from Poland. The other reason is due to the harsh winterweather in Russia. Most of the Polish apple sales and train cars can often dip into the minus temperatures which would damage the apples. The apples are currently transported by sea, which can take up to 50 days.