While most of the Dutch, German, Belgian, French and British growers are currently in the middle of preparing their greenhouses for next year's crop, Spanish and Moroccan producers and traders are again in the middle of their production season. The growers in Spain are currently receiving high prices for their products as they are high in demand and the supply is low due to the bad weather of the last couple of weeks.

The Spanish and Moroccan production is currently being exported to Holland, Belgium, France and Germany. Also the UK relies on food imports from Spain and Morocco. According to the latest data, provided by market intelligence service Produce View, the British supermarkets are currently sourcing almost all of their cherry tomatoes, peppers and cucumbers from these two countries. It is expected that this situation will not change in the next couple of weeks, not even with the first Dutch cucumbers from artificial lighting expected sooner, before the end of this year. 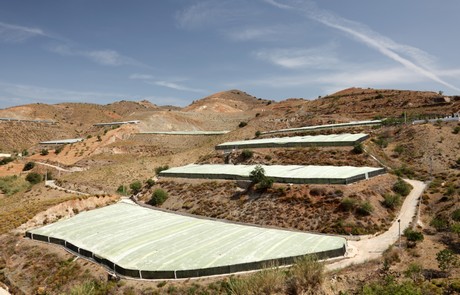 All of the retailers visited by ProduceView last week (Sainsbury, Asda, Morrisons, Co-op, Marks & Spencer, Waitrose, Aldi and Lidl) offered cucumbers from the Spanish mainland. Tesco offers cukes produced on the Canary Islands. The lowest priced cucumbers are offered by Aldi and Lidl at 39 pence and Asda offers the highest priced, at 50 pence per cucumber. Most of the other retailers offer them at a price of 45 pence.

For three weeks in a row, Spain was also the only supplier of bell peppers to the UK. Traffic light peppers are offered at 79 p for a pack at Aldi and Lidl, while most of the other retailers offer them at 90 to 99 p. Marks and Spencer offers them at £1,50 per pack.

This article was made with the help of data provided by ProduceView. For more information about their UK retail reports: