"With good customers, you can survive"

First check of citrus at arrival

Although the Spanish citrus acreage has declined sharply in recent years (15,000 hectares lost over the last five years alone) and many plantations have made the switch to other fruits, Garcia Ballester continues to specialise purely in the production and trade of citrus.

"We have been doing this for over 110 years," explains deputy director Jorge García Monfort, who represents the fourth generation of this family business. "In the coming years, the citrus sector in Valencia will have to regain its balance, but with good customers, you can survive." 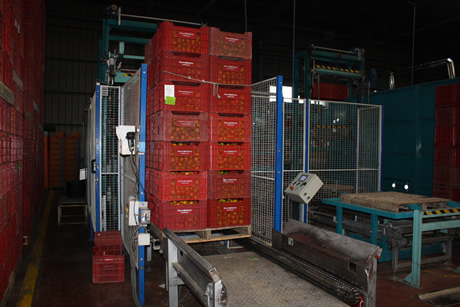 Garcia Ballester, based in the municipality of Burriana, Castellon, annually sells about 70 million kilos of citrus fruits, 80 of which are intended for export markets. "We mainly supply European retailers in Switzerland, the Netherlands, Germany, Scandinavia and the UK," affirms Stephane Oualid, who has been active for ten years as a sales manager. "We also export to the United States, Canada, and the Far East, and, increasingly, to China." Chinese market difficult and promising
While Jorge García describes the Chinese market as a difficult one, he also sees great potential in it. "Until February, with the later citrus varieties, we won’t be able to play a significant role in China.

At the moment, China mainly imports from the United States, but political tensions, which have already caused an apple boycott, could result in an advantage for the Spanish production. The challenge lies in shortening the transit time, which now takes about 32 days. All fruit is scanned

Chinese consumers love brands and attractive packaging and are willing to pay good money for high-quality imported fruit. The appearance of the fruit also needs to be top notch. I foresee great opportunities for export to China, but we must tackle the process step by step." 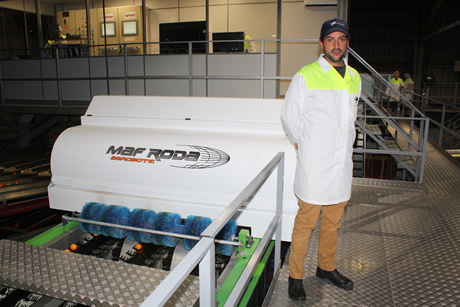 Jorge Garcia in front of the MAF Roda sorting line

Garcia Ballester has citrus crops all over Spain, from Huelva to Seville, Tarragona and Valencia. With a packing centre in Valencia, the company focuses primarily on clementines, and in Seville the firm has a packing centre that is specifically devoted to the packaging of oranges. 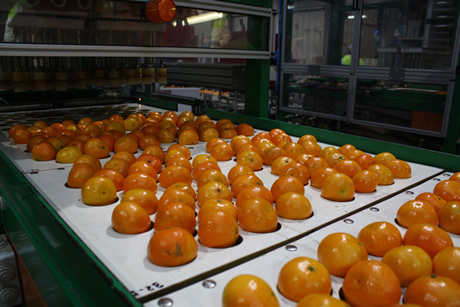 "We are one the five largest citrus companies in Spain and are actually the largest when it comes to clementines. These are grown here, in the area where they originally come from, and they are also the best citrus fruit that Spain has to offer," assures Stephane. 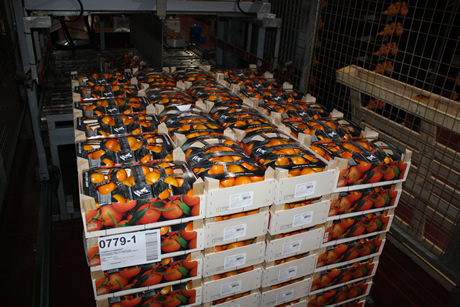 Quest for a variety to fill the gap between Clemenules and Nadorcott
The citrus producer (it grows about 60% of its volume) does a lot of research into new varieties and participates in many projects for the development of new citrus varieties. "We have tested many varieties from the United States, Australia and South Africa, but it is not clear whether they will also thrive in Spain. We would still like to add a new good variety to our product range in order to fill the gap between the Clemenules and the Nadorcott. Precisely in that month leading to Christmas we still lack a good mandarin," says the sales manager. 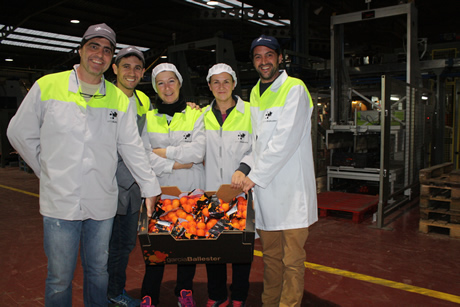 Jorge Garcia (right) with the chief of the packing station

"We invest heavily in machine automation, but also in packaging and presentations. This allows us not only to compete in countries with cheaper production costs, such as Egypt and Morocco, but also to fulfil our role as a service provider for retailers, which want a competitive price, good quality and continuity. As a specialist, we can collaborate with them in the organisation of tailored promotions during the entire season. The fact is that if our customers sell more, so do we," concludes Jorge. He also believes that sales are no longer boosted by Saint Nicholas celebrations. "If you look at the volumes we sold in Germany, Switzerland and the Netherlands 10-20 years ago during Saint Nicholas Week, the current volumes cannot compare." 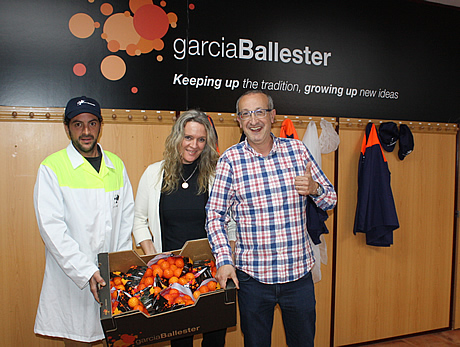 Importing is something that the citrus company is not yet willing to do. "Who knows what the future holds, but we’ll continue moving step by step," stated the deputy director. The same is true for a project that the company started that involves the cultivation of organic citrus in Seville. "This is still in a pilot stage. Next year, we hope to have more news on this front."

110 years as citrus specialist
Even though the Spanish cultivation of kakis and pomegranates has grown explosively in recent years, the total share of these fruits should not be overestimated. "Of the total fruit acreage in Valencia, only 3% corresponds to kakis. Since you mostly see those crops next to roads, it is sometimes possible to get a distorted picture. Furthermore, the large volumes are already resulting in dramatic market conditions. We will remain fully committed to our vision of being a citrus specialist, which we have been doing for 110 years." He sees great opportunities for the cultivation of avocados, but outside Valencia. "The avocado production can actually not keep up with demand. This fruit, as well as sweet potatoes, are now recording the growth we saw a decade ago with seedless grapes."

The current citrus season started with some difficulties because of the hot weather. "The harvest consists of more fruit units, but mainly of smaller sizes; however, if you look at the trade volume, the total volume may actually be smaller," predicted Stephane. "What we now need the most is cooler weather. That's the best medicine for citrus. Warm weather and rain is disastrous, but if we get enough cold nights, the best quality in years may perhaps follow."