"Turkish tomatoes can contribute to missiles being shot to our guys"

Russian boycott to Turkey because of warplane downing?

The political tension between Russia and Turkey has been running high after Turkey shot down a Russian fighter on 24 November. According to several reports on the Internet, there is a good chance that Russia may ban the import of Turkish fruits and vegetables. TLN has notified that lorries are being held at the border.
The day after the incident, Premier Medvedev announced that economic sanctions could follow in the form of a boycott to Turkish companies. Additionally, projects in the country would be delayed. Fruits and vegetables were not mentioned directly. 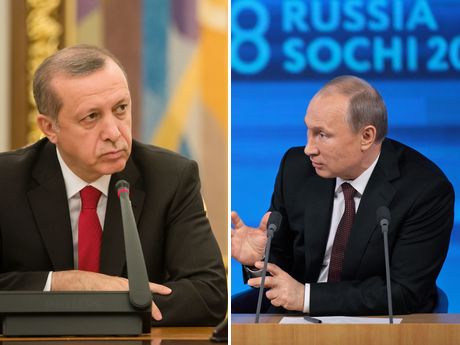 Today, the Russian news agency TASS writes that the Government has instructed the Rosselkhoznadzor, the Phytosanitary Inspection Service, to tighten the controls on Turkish fruits and vegetables. "About fifteen percent of Turkish fruits and vegetables do not meet the Russian requirements," stated Alexander Tkachev, Minister of Agriculture. In another message, the same news agency reported that a boycott is not on the table. Based on sources close to the Russian government, TASS writes that "the food embargo with regard to products from Turkey is not being discussed by the Government."
The Russian Ministry of Agriculture believes that Turkish products are not essential. Other countries, such as Morocco, Israel and Central Asia, could take over Turkey's market position. Turkish fruit and vegetable exports would lose an important market with a boycott.
As far as it is known, no official boycott has yet been announced, yet TLN reports that Russia is holding trucks loaded with Turkish goods at the border and some that were already in Russia have been left unloaded.
The British newspaper Daily Mail writes that Putin has issued a call to Russians not to buy Turkish food. "Everyone understands that every Turkish tomato bought in the supermarket can contribute to missiles being shot to our guys," published the British newspaper quoting the Russian president.
Although there is uncertainty about the Kremlin's position, Russian citizens have also become involved in the debate. Messages appear on the Internet calling for a boycott of, among other things, Turkish beer. Tour operators have apparently cancelled trips to Turkey.