The Abate pear season is looking good, though we will have to wait until January 2015 for the "real" kiwi market.
Abate pears 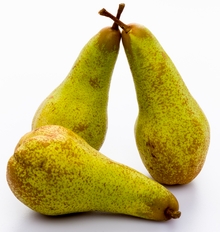 An operator talks about the situation regarding the pear, and explained that prices were rather low at the beginning of the campaign (September-October 2014) because the goods were in the hands of traders, so there were no guarantees for producers.
"This in turn led to good consumption rates so much so that, at the beginning of November, stocks were 5% lower than the same period in 2013.

As well as the factors that are supporting the market, there are:
The decision of the interprofessional body not to harvest grade 55/60 pears also helped, as the market was not flooded with low-quality fruit. "Prices should therefore improve further."
Other varieties
Green William pears: limited quantities, moderate sales that will continue for another 45 days.
Red William pears: little produce, active market.
Decana pears: demand for big grades, but the market should be positive from January onwards.
Kaiser pears: rather slow, but an improvement is expected from January.
Conference pears: moderate sales. 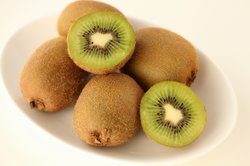 Kiwis this year are rather big, more or less like in 2013.
"As demand overseas was very strong by September-October 2014, a lot of produce was harvested early (or imported from Greece), so quality was not great and consumption dropped. This produce must be sold during December."

"In the meantime, harvesting of good quality fruit was delayed because of temperatures. Prices have therefore remained quite different among the various operators."

Remaining stocks will be assessed in November, when new strategies will be put in place. "I believe we will only get to see the 'real' market from January 2015."