Despite a continued heat wave in South Africa with temperatures reaching up to 48° the quality of the grape exports remained good, but as the month went on the UK market was described as a "total loss" by one importer, due to huge volumes from Peru and other southern hemisphere exporters. This was not good news for the Indian grape exports which were just about to kick off. Meanwhile in the US they were experiencing record prices for grapes following a drop in imports from Chile.

In New Zealand there was no let up in the misery being caused by Psa as the Northland went under lockdown. But on a brighter note as the export season was getting underway, Zespri launched the long awaited Gold 3 variety.

Extreme weather raised its ugly head again in March, Turkey saw heavy falls of snow, while fruit production in Israel, Sicily were seriously affected by hail. Australia also had hail to contend with alongside severe flooding. Meanwhile on the other side of the globe the UK was heading into one of the worst droughts seen in recent years which threatened fruit and vegetable crops. Also in Costa Rica lack of rain in January and February lead to a 23% decline in banana exports.

The US revoked its anti-dumping order on some orange juice from Brazil the decision, made by the US International Trade Commission, drew resentment and anger from citrus growers in Florida. 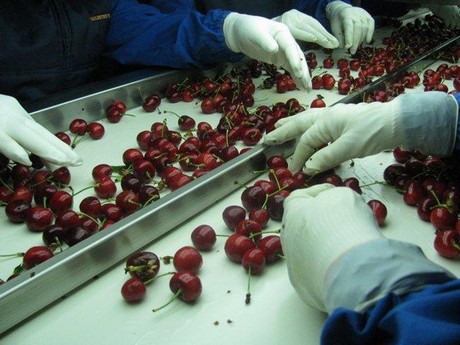 Export of Chilean cherries had a positive end to the season with a 19.7% growth in volumes and an increase of 59% in the tonnage to Asia.

South African fruit gained entry this month into Vietnam and Cambodia, good news for exporters as traditional markets become more challenging. Chilean blueberries made their way in to China for the first time, this was celebrated by an Official Ceremony in the Chilean Embassy in China.

March also saw the launch of two new strawberry varieties, in the US the Purple Wonder by Cornell the company's darkest variety yet and the Barak variety from Israeli Agricultural Research Organization.