This year, Costa Rica has had quite a good banana production thanks to the weather conditions, which have been better than in the previous year, but also due to increased demand, according to Grettel Zahner, of the company Sura Green. 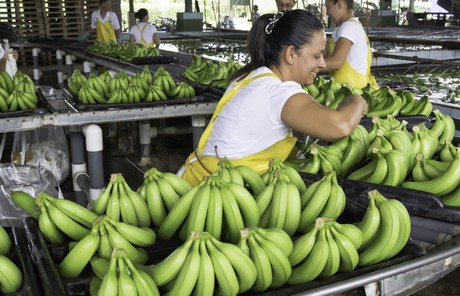 Sura Green is a 100% Costa Rican company that has been producing bananas since 1988. It owns three plantations on the Atlantic side of Costa Rica. At first, the fruit was sold to transnational companies, but Zahner points out that "5 years ago, we started taking part in international fairs, such as Fruit Logistica, PMA or fairs in Costa Rica through PROCOMER, in order to diversify the market and gain other customers besides the typical transnationals." That's how the company started doing business with the US supermarket Walmart, to which it has been selling 80% of its production directly for 3 years. In May 2016, they received the quality award "Supplier Exporter 2015" by this chain during the Agroindustrial 2016 fair. The remaining volume goes to other international customers from different markets in Europe, the Caribbean, and even China, with which the company makes contact at fairs, through its website or with the help of PROCOMER.
The company supplies bananas in two qualities, Rana Banana and Iguana Banana, both of the Cavendish variety. The largest production volume corresponds to the Rana Banana, classified as Premium, which varies compared to the other brand in the fruit's length and thickness. 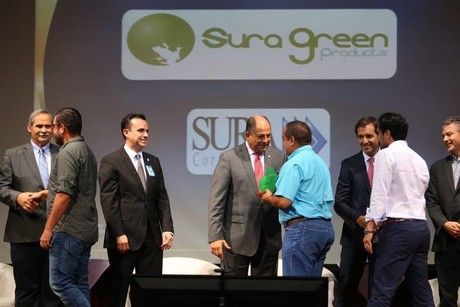 The company owns a total of 1,120 hectares, including 700 hectares in production and 180 hectares of forest intended to absorb CO2. "We have fruit available all year round, but the peaks in volume are reached between April and June and between September and December," he explains.
"This year has been pretty good. We've had strong demand and the weather has been better compared to the previous year. We have the production that we wanted; we are talking about 2,000,000 boxes at the end of the season. The market has been very active and the conditions are expected to remain stable in the second half of 2016," he continues.
Some of Costa Rica's main competitors, namely Colombia and Ecuador, have suffered some weather issues, which may have been beneficial for Costa Rica. According to the producer, prices tend to stay at the same level all year round. "What customers seek is precisely what we offer them in terms of quality and volume, so we are building stronger ties with them." 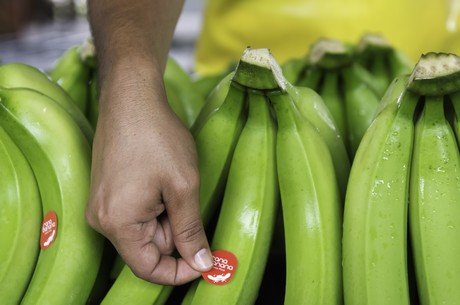 The Black Sigatoka disease affects Costa Rican banana crops a little more, because it is a wet area with abundant rainfall throughout the year. "However, as long as the weather conditions continue as expected and we move from the El Niño phenomenon to La Niña, which will bring better conditions for the fruit's cultivation, we should be able to better control the disease," he predicts. He explains that controls are carried out all year round to find out whether it is necessary to use more or fewer cycles of overhead irrigation. "This year, it seems, we will have good weather and we should not be affected by this disease," he adds.
"We seek to sell our fruit directly in supermarkets which appreciate the efforts made by the company on aspects like quality, production and environmental issues," concludes Zahner.