The Australian Banana Growers' Council (ABGC) is looking forward to Australian consumers having a greater choice in their eating experience with bananas, as much as protecting growers and the industry from Panama TR4 in the future.

Consumer research as part of a project from Queensland's Department of Agriculture and Fisheries (DAF) has identified four new varieties of the Goldfinger banana with the potential to satisfy both consumer and grower needs.

"I’m most looking forward to providing more options to growers to continue banana farming," ABGC’s Research & Development Manager, Dr Rosie Godwin said. "It’s great to offer consumers more choice in banana varieties just as it is for other horticultural produce for example apples, mangos and pears. The new Goldfinger varieties have a different flavour to both Lady Fingers and Cavendish, so Goldfinger varieties may appeal to a different cross-section of consumers. A new variety could create interest and excitement in the banana industry as a whole, which would be beneficial to all growers." 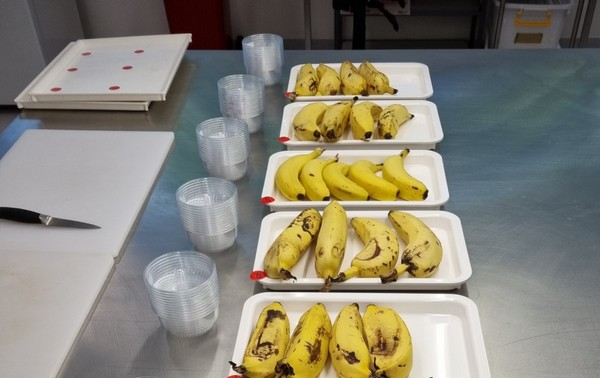 Photos: Department of Agriculture and Fisheries.

Earlier this year 234 consumers took part in a series of tastings to assess five new varieties of Goldfinger bananas with four of the varieties scoring equally well with existing commercial varieties of Cavendish and Lady Finger bananas. DAF Consumer and Sensory Scientist Simoné Moller said more than 1000 bananas were tasted during the trial.

“Overall, the reviews were positive but well summed up by one taster who described the Goldfinger bananas as a ‘super healthy and delicious snack’ that they would look forward to eating,” Ms Moller said. “Tasters liked the balance of sweet and sour taste in the Goldfinger bananas with one noting that the fruit had a ‘complex flavour with notes of citrus, confectionary, and tropical fruit’. Other comments from the tasters included that the Goldfingers had just the right amount of sweetness, the texture and flesh colour of the banana was very exciting, and that they would be fantastic in a fruit salad. My favourite comment came from a taster who said they were reminded of banana lollies and thought they could be marketed as ‘sweet confectionary without the naughty numbers’."

Since first detected in 2015, Panama TR4 has been detected on just six properties, all of which are in close proximity to each other. The broad banana industry, the community, and the Queensland Government are working together to build knowledge and awareness about Panama TR4 disease, and develop and implement actions to minimise its spread, with on-farm biosecurity the best way to protect a farm and the industry from this disease.

But Dr Godwin added that the new varieties that have full resistance or increased tolerance to Panama TR4 will be of great assistance in future-proofing the banana industry, especially in Far North Queensland, which grows 96 per cent of Australia’s bananas, as you cannot eradicate TR4 from the soil.

"New Goldfinger varieties offer a TR4-resistant alternative variety to growers however they are more similar to Lady fingers than they are to Cavendish bananas," she said. "While they are not a Cavendish replacement, they may provide some diversity to consumers and also to growers if their farm becomes infected with TR4 in the future. The industry in partnership with Biosecurity Queensland is still very successful in containing and suppressing the spread of TR4 in North Queensland. Most growers are contributing to the effort by implementing biosecurity best management practices on the farms to help protect their livelihoods. The Panama TR4 Management Program is still operating and by the middle of next year will be funded and delivered mostly by the industry." 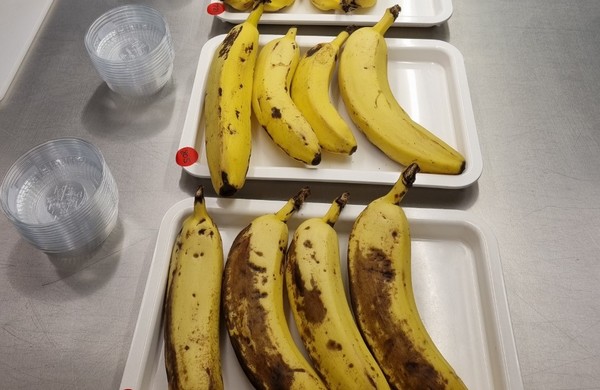 A spokesperson for the Department of Agriculture and Fisheries told FreshPlaza, the new varieties are still in the research and testing phase, with small trial plots being planted in 2022 and 2023 on commercial farms in both tropical and subtropical regions to observe their performance under commercial practices.

"The growers involved are very interested in their performance, particularly in the strategy for developing the marketing of these new varieties," the Department said. "Growers who have observed the plants and tasted their fruit acknowledge that they are not substitutes for the Cavendish variety in the market, but rather a new type of banana with a mild aroma and balanced sweet/acid flavour. The program commenced in 2016 with timelines largely influenced by the harvest cycle for each of the selections. As each harvest takes approximately one year, we have only now arrived at a point where we have confidence that the improvements in eating quality are repeatable and consistent.

The Department says the next stage is confirming that these selections have retained their resistance to the range of Panama disease strains confronting growers in Australia, including the TR4 strain, and that will take until at least 2025 to have the full results from two consecutive crop cycles. Additionally, small numbers of plants of the four Goldfinger varieties identified have been planted on commercial farms, including two trial sites in New South Wales, to confirm their characteristics under commercial conditions.