"Our sights are already set on Peru's kaki campaign"

The Spanish Rojo Brillante kaki season will end soon in the main producing areas, and will do so more than a month and a half earlier than usual, given the drastic drop in the production. Prices are high and the demand has slowed down. Some companies are already looking ahead to the off-season campaign. 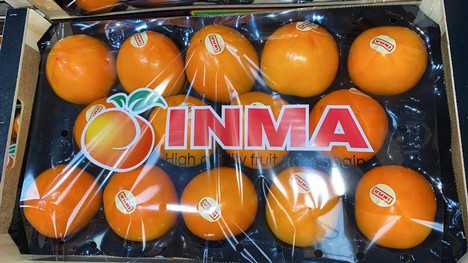 "The Spanish kaki production has fallen by around 68%. This, together with the constant rise in the production, handling, packaging and transport costs, has caused prices to rise considerably this year," says Inma Torregrossa, manager of Frutas Inma, based in the municipality of Benimodo, in the Valencian region of Ribera Alta, which is the main kaki production area in Spain. "Although prices have remained high throughout the campaign, at best they will only allow us to cover our expenses."

The high prices of kakis have caused a drop in the demand in recent days, according to Inma: "The current economic situation, with so much uncertainty due to the war in Ukraine, has led to a drop in the consumption of fresh products, with people also preferring to buy the cheapest ones. The circumstances this season have resulted in kakis becoming a luxury product this year, which has ended up affecting its demand a little, especially in the final stages of the season."

"We expect the kaki campaign to finish by the end of next week, when we usually finish in February. Our sights are already set on the Peruvian kaki campaign, which will start in May. Three years ago, we became the first company to import Rojo Brillante kakis from Peru, after having taken our know-how in the cultivation and marketing of this fruit to this Andean country in previous years. The production has been gradually increasing in recent years, in line with the rising demand from European supermarket chains. Last year, we managed to reach 35 containers, and this year we expect to reach 50 containers," said the manager of this Valencian company.

Although hardly any kaki containers have been shipped overseas this year due to the low supply available and the high logistics costs, Frutas Inma hopes to count also soon on the Peruvian market for fruit exports. "Our company has been the one involved in setting up a protocol for the export of Spanish kakis to Peru, although we are still awaiting confirmation from both SENASA in Peru and MAPA in Spain. We hope to be able to export to this country in the coming season. The opening of the Chinese market, which would be really interesting for Spanish exports, is also being processed," said Inma Torregrossa.