Yuma, Arizona region offers up its own challenges for lettuce supplies

It’s starting to feel like Mother Nature just keeps coming for North America’s lettuce supplies as they continue to be limited. Lettuce volume at the end of the Salinas Valley, California deal was reduced due to soil diseases, including the Impatiens Necrotic Spot Virus (INSV) seen in large swaths of the Valley.

Next up were water challenges in Huron, California. “We’re just now completing the transition to the desert and it has been rough,” says Mark McBride of Coastline Family Farms. “Water allocations over in the Huron area were cut back dramatically because of our drought conditions. So lettuce acreage was greatly reduced and that led to a number of companies, ourselves included, that went a little later in Salinas. There were a few companies that had acreage in Oxnard and overall supplies were down.” 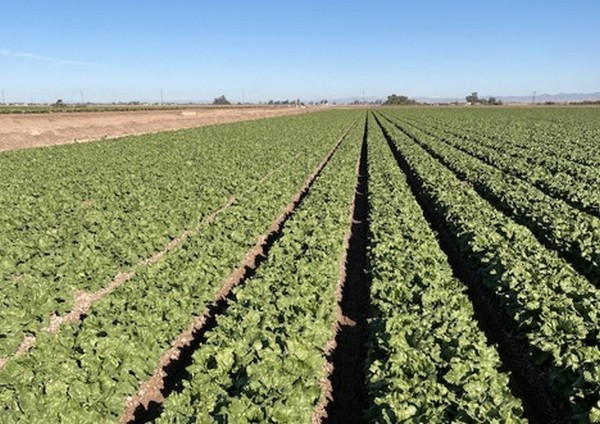 Then came Yuma, Arizona, an area where growers started slightly earlier due to the shortage in other regions. “We started November 4 because of the heat we had experienced. Even though the lettuce was very young, it was prone to having a seed stem. When the lettuce gets shocked it goes into “reproductive mode.” So all that young lettuce that was scheduled to harvest early in November, we had to get in there even earlier to prevent the seed stem from blowing through the top of the head,” McBride says, noting if it does blow through, it can’t be packed. “We were packing 25-28 lb. cartons to salvage what we could out of the fields and that was the case for the first two weeks that we were in Yuma.”

Chilly in Yuma
Now the weather in Yuma, which tends to cool down at this time of year, has in fact gotten unseasonably chilly much earlier than normal, normal being mid-December. “Most people were scheduled to start in Yuma around the 15th. Because of the cold weather that started earlier that week, it slowed growth and everybody’s gotten going now but people were five to six days late on their start,” he says. 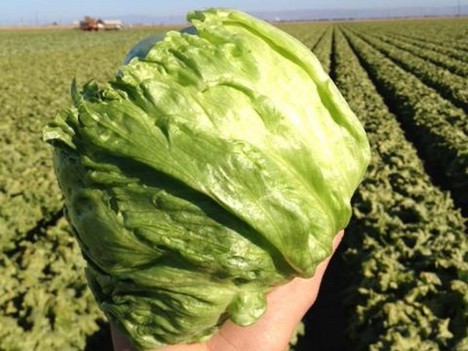 This has left some inconsistent fields--some of which have produced good 24-sized heads while others are growing smaller heads of lettuce. So in all, more frustration. “It’s like--good grief, what’s going to happen next?” says McBride. “Additionally, processors are experiencing reduced pounds per acre in their fields as well and have been purchasing additional acreage to help fill their needs.”

With demand staying strong thanks to those limited supplies, pricing looks to continue to stay high for the near future. “At least until we have some extended period of normal and get the crop back on some type of schedule,” says McBride. “We’re entering the winter season in the desert and it always has weather challenges such as ice and rain. You can have the mild weather the desert is known for but then a storm or cold front comes in and then there are challenges.” He also adds that the sizing and weight issues that the industry is seeing right now will last at least until the Christmas pull is over.