At present, it is time for the concentrated arrival of Chilean cherries shipped by air. Due to the increased production of Chilean cherries this season and the fact that the Chinese New Year is coming earlier this time, the arrival volume of airfreight cherries is more than last year. Recently, FreshPlaza communicated with Mr. Brian Hu of Shanghai Nongfu Fruit Co., Ltd to learn about the latest progress of Chilean cherries.

"Overall, the data show that the production of Chilean cherries has increased by about 25% this year. The export volume to the Chinese market has also increased from 18,000 containers last year to an estimated over 20,000 containers this year. So far, the overall quality of the cherries is pretty good. " 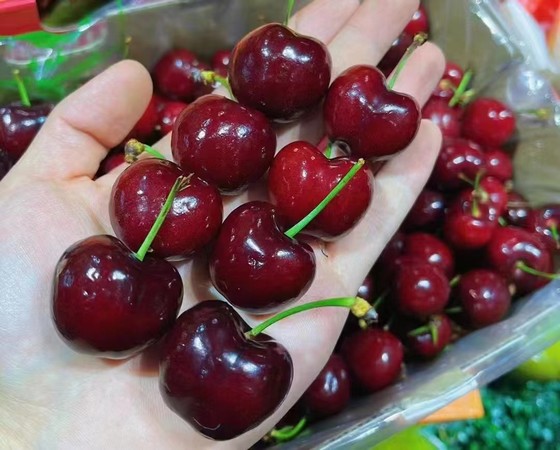 "In the past few weeks, hailstorms occurred in some parts of Chile, with rainfall and low-temperature weather. The hail reduced local cherry production, while the rainfall and low temperature delayed the production season and caused quality problems. If the cherries that absorb too much water are picked and immediately put into cold storage, the fruit is easy to crack, and the temperature difference between day and night is insufficient due to low-temperature weather, so the fruit must hang for a longer period of time before picking, which has delayed the production season of some orchards. This is especially true for airfreight cherries. "

Cherries are high-value fruit commodities, but their prices are easily affected by various factors and fluctuate greatly. Talking about the recent price changes of cherries, Brain said: "The price of cherries in the past week (15-20, Nov) was about 20%-25% lower than the same period last year. There are several reasons: firstly, the volume of arrivals this year is larger than that of the same period last year; secondly, the weather in some production areas mentioned above affects the quality and price of local cherries; During the 11.11 shopping festival, many merchants had to stock up on cherries for promotion, but they basically completed the process before November 15th, and there were no large-scale festivals after that, so the number of merchants buying cherries has decreased significantly recently. Furthermore, the pandemic situation in Guangzhou is currently at a high level, and related control measures have reduced the number of foreign buyers. The combination of the above factors has reduced the price of cherries recently." 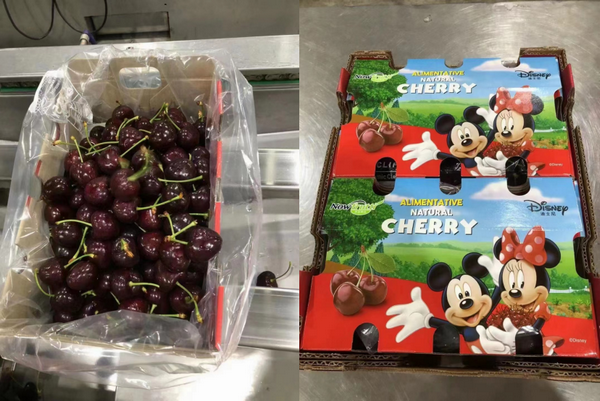 "In terms of delivery volume, before November 19th, the daily delivery volume of cherries by air was about 30-50 pallets, but it increased to more than 100 pallets on the 19th and 20th. The sales volume in the past two days is about 65%, which is not as good as expected, and the market consumption power has not yet recovered. In addition, due to the latest development of the pandemic in Guangzhou, on the 21st, new control measures were added in the area where the wholesale market is located, which reduced the number of merchants who came to purchase, and the storage period of air freight cherries is relatively short, so the price has dropped. Based on this, we are discussing with Chilean suppliers, hoping to change some of the cherries shipped by air to sea, so as to reduce the transportation cost and stagger the current period when the price is not high. "

The sales system of Nongfu Fruit includes wholesale markets in Guangzhou, Shanghai, and Gaobeidian, Hebei. Brian mentioned that this year will strengthen the in-depth cooperation with the surrounding secondary markets, and stabilize the sales channels as a measure to deal with variables.

The "Disney Cherry" brand is the leading brand of Nongfu Fruit, and the company sells the best quality cherries under this brand. This year's “Disney” brand packaging specifications are mainly two 2.5 kg/box "two-in-one" gift boxes, which are more in line with the needs of domestic end consumers.