"We can look forward to a decent leek price campaign"

After an extremely tough year, the European leek market seems to be recovering reasonably well this year. For Calsa, this winter vegetable is, by far, one of the main products in its range. "The Belgian market’s currently quite good regarding grower prices, which differ hugely from last year," begins this Belgian exporter's Pol Dendauw. 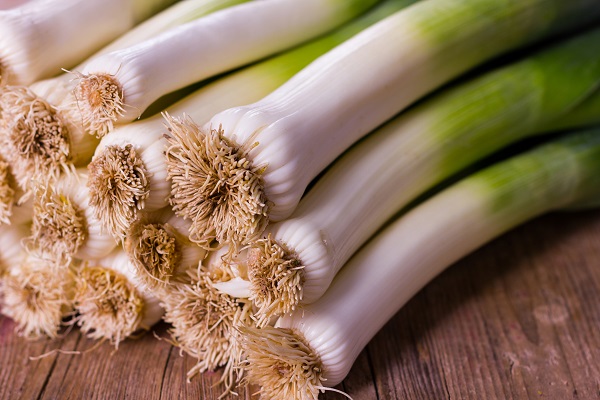 Last season there was a surplus on the market, and demand was generally very disappointing. "That led to irresponsible pricing. Growers sold their leeks at a genuine loss, but now payout prices are 2.5 times higher." According to Pol, there are several reasons for the improvement in the leek market. "Firstly, partly due to the bad year, there's less planting. Plus, the summer was dry, which caused lower yields. Set against a nice export demand, prices are good," he continues. Pol runs the family business along with Jeroen and Charlotte Buyck.

At this time of year, Calsa sells most of its leeks to Germany, France, Spain, and Italy. "Germany has some of its own production, so that's still in its early stages. Demand in these countries is much better than last year and Poland will join soon. They usually come onto the market in late December, so I don't think we'll have much to complain about, sales-wise."

The supply is gradually improving too. The heat and drought caused significant quality problems, resulting in few good quality leeks on the market. "Until two weeks ago, we had many problems with thrips. Those thrived because of the drought, damaging many leeks. However, due to the recent rain, the supply presently coming off the fields is much improved," says Pol.

Pol explains that growers opting for the Krypton variety is one reason for the thrip issue. "This variety generally has higher yields per hectare. But, Krypton is far more susceptible to thrips than other varieties. Their prices reflects that. Then, even though the 'better' varieties yield perhaps ten tons less, in the end, the growers get as much or even more per hectare as they're getting now. Maybe they should focus more on quality rather than quantity. Still, it depends a lot on the summer, and you never know in advance how that will turn out. Last year we had a normal Dutch and Belgian summer, but this year it was dry again. So it can vary every year."

Calsa's celeriac situation is much the same. "I think that's true for many open-field vegetables. Because of the drought, there is a lot less supply than normal, which leads to good pricing. All in all, in both cases, we can look forward to a decent price campaign. Working with growers who can earn a decent living is always nicer. They're happy then, and so are we: after all, our business relies on having available produce," concludes Pol.