Today, Messe Karlsruhe opens its doors for trade fair duo expoSE & expoDirekt. A total of 401 exhibitors from eleven nations will present themselves at the 26th expoSE - Europe's leading trade fair for asparagus and berry production - and the 11th expoDirekt - Germany's largest trade fair for direct agricultural marketing. The event is expected to attract 6,000 trade visitors from all over Europe.

"The challenges for the asparagus and berry sector are big: effects of climate extremes, very high production costs and staff shortages - and these in a high level of international competition. 401 exhibitors are facing these with new products, optimizations and expanded services. There will be a lot of new things to see and opportunities to talk about them over the next two days of the show. I am very much looking forward to the innovations and creative ideas on site, the interesting discussions and the intensive exchange," says Simon Schumacher, spokesman for the board of the Association of Southern German Asparagus and Strawberry Growers and organizer of expoSE and expoDirekt. 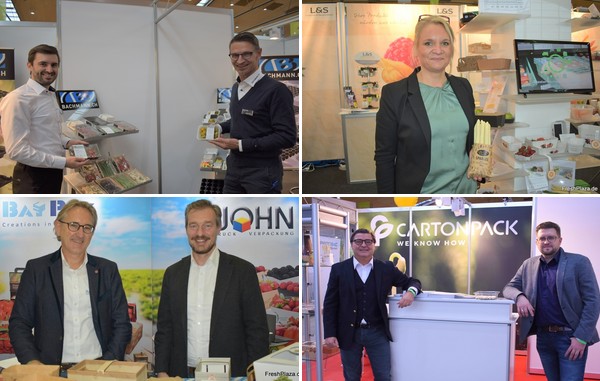 expoSE & expoDirekt Innovation Awards 2022 - Six companies to be honored on first day
On the first day of the trade show, the expoSE and expoDirekt Innovation Awards will be presented directly at the booths of the respective winners. An independent jury of experts has reviewed the submissions and awarded the prizes. The jury includes Ralf Große Dankbar, asparagus advisor to the North Rhine-Westphalia Chamber of Agriculture, Ute Heimann, editor-in-chief of the trade magazine HOFdirekt, Thomas Kühlwetter, editor-in-chief of the trade magazine Spargel- und ErdbeerProfi, Markus Kirn, farm manager, Isabelle Kokula, asparagus cultivation advisor to the Karlsruhe District Office, Simone Hofmann, chairwoman of the Vereinigung der Hessischen Direktvermarkter e.V., and Joachim Ziegler, horticulture leader of the Vegetable Cultivation Advisory Service at the Dienstleistungszentrum Ländlicher Raum Rheinpfalz.

Technical presentations at the 33rd Asparagus Day and the Direct Marketers' Forum
At the 33rd Asparagus Day, the topics will include many aspects as well as the profitability of film use in asparagus cultivation under consideration of the past years, avoidance of browning of the asparagus spears, the cultivation of wild asparagus as well as selective harvesting with the AVL Motion robot. Asparagus Day will take place on Wednesday, Nov. 23, 2022, from 2 to 5:15 p.m. in the large conference hall (2nd floor) of the Karlsruhe Exhibition Center and is an event organized by the Agricultural Office in the Karlsruhe District Office, the Karlsruhe Regional Council and the Association of Southern German Asparagus and Strawberry Growers (VSSE).

Kristin Rotherm, editor of HOFdirekt will give a presentation on "Self-service according to plan - how do vending machines and self-service stores work in practice?" at 1:30 p.m. on Nov. 24 at the Messe Konferenz Center.