"Pistachio cultivation in Spain has become a business for investment funds"

Pistachio production has recorded a huge boom in Spain in recent years, with the area exceeding 60,000 hectares after a 14-fold growth in the last decade alone. "However, the production has not yet reached its full potential. The fact that the plantations are young means that in the coming years, the harvest volume will increase very quickly as the plantations become fully productive," said José Luis del Roj, of the Association of Pistachio Producers and Marketers, APPISTACO.

According to the latest data for the 2021/22 season, recently published by the Ministry of Agriculture, Fisheries and Food, in the latest season the Spanish production stood at 16,725 tons. This is 17% more than in the previous season, and 71% above the average of the last 5 seasons. 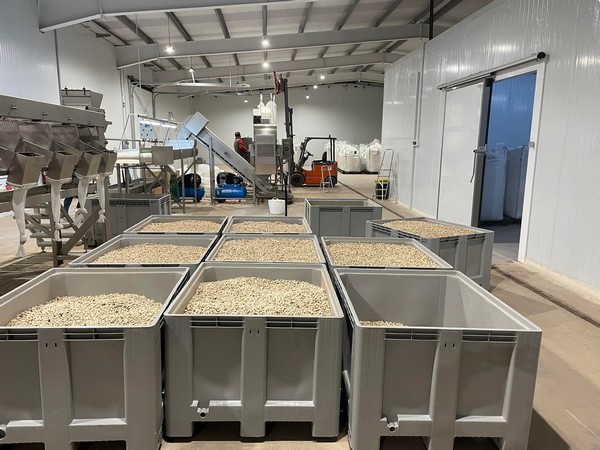 "There has been exponential growth in recent years, but we have also noticed that pistachio cultivation in Spain has gone from being an activity carried out by agricultural producers to being a business for investment funds, which are setting up large plantations in wastelands. We are talking about farms that can reach between 600 and 700 hectares. We don't know if the end goal of these funds is to produce or if their activity will have a more speculative purpose, given the economic situation of recent years, in which interest rates have been very low; a move intended to provide equity value to assets that didn't have it, with a crop that, for now, ensures a good profitability," said José Luis.

In fact, profitability is one of the main reasons for the crop's boom. "In the first commercial operations of this new season, the price of the conventional production, far from dropping, has actually increased due to certain international factors. Iran, the world's second largest pistachio producer, has had problems and the harvest has dropped considerably and they are not having the same export capacity as other years; therefore, the price has become more expensive. The United States has also had a lower production, so this season's price in Spain is on the rise, following international market trends."

"However, despite the lower supply in the international market, there appears to be a downward trend in the purchases carried out by processing companies," said José Luis. Certainly, consumption data has generated a lot of uncertainty this season, as the MAPA reports significant drops for products such as fruits and vegetables. However, a positive fact is that, in the previous campaign, the consumption of nuts -and very specifically that of pistachios- has stood above pre-pandemic figures. 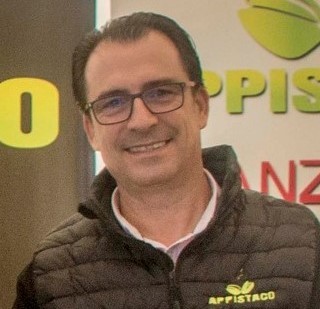 "Nobody knows yet how pistachio consumption will evolve, but it should be taken into account that Spain expects a very considerable reduction in the production of other nuts, such as almonds," said José Luis del Roj (in the photo). Prospects from the Ministry itself point to a reduction of more than 40%.

"The most widely planted variety in Spain is still the Kerman"
The goal of the Association of Pistachio Producers and Marketers is to oversee both the marketing and the transformation processes of the product in order to add value to the final product. "This way, the producers associated under APPISTACO can obtain a higher profitability for their crops," said José Luis. One of the factors linked to profitability can be varietal differentiation. In Spain, the most widely planted variety is still the Kerman, but according to José Luis, more and more producers are opting to diversify their production, since, besides snacking, other purposes in the food industry also need to be covered. 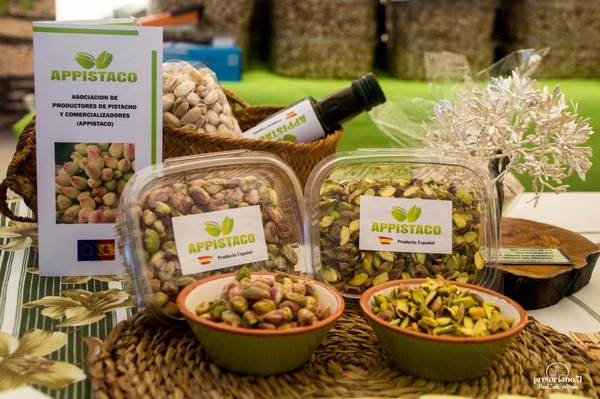 "It should be taken into account that each variety is suited for different climatic conditions. The Kerman is the variety that needs the most hours of cold, about 1,000-1,100 hours below 7 °C. In areas that are suitable to grow the Kerman, some growers have been planting other varieties, such as the Sirora or Larnaka, in order to diversify. These are earlier varieties planted in colder areas, so there is a chance the move could be detrimental to them, but nobody knows for sure. In the coming years, we will see whether these varieties are more productive in those areas than in others with more suitable climatic conditions."

"Pistachio snacking buyers are looking for fruits with certain characteristics in terms of size, flavor and shape, such as those of the Kerman variety. The Sirora, for example, is different, so we don't know if, whenever the supply of this variety increases, we will start to see unexpected price differences between varieties. The pistachio industry is still very young, and although every experiment being carried out seeks to improve the profitability, everything will still depend on how the market accepts them," said José Luis.