Ongoing inflation resulted in higher retail prices of organic fresh produce during the third quarter of 2022, generating a 4.1 percent increase in total organic dollars but also contributing to a decline of 4.5 percent in organic volume compared to the same period last year, according to the Q3 2022 Organic Produce Performance Report released by Organic Produce Network (OPN) and Category Partners. 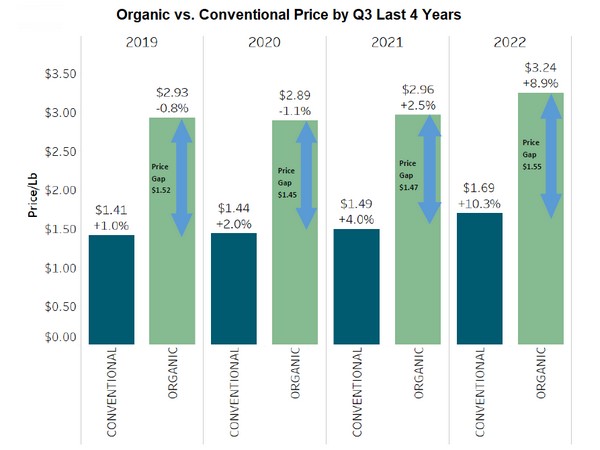 Organic apples and lettuce were examples of product substitution from organic to conventional by consumers as their price per pound of organic increased by more than double the amount of conventional.

A bright spot for organic sales in Q3 was the tomato category, which saw a 19 percent increase in volume and a 30 percent increase in dollars. In total, 14 of the top categories posted year-over-year increases in dollars, with potatoes, onions, and peaches showing double-digit gains. Conversely, apples posted the largest decline in dollar sales, with lettuce and bell peppers also showing noticeable declines. 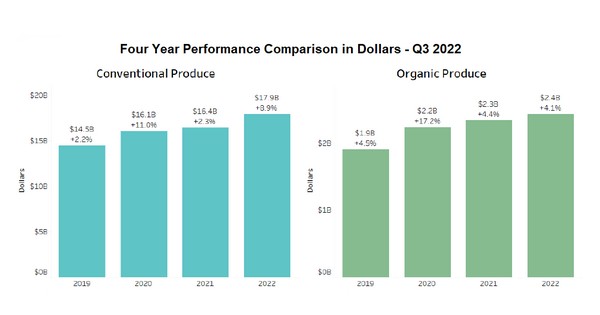 Geographically, all four regions of the U.S. showed consistent organic performance where dollars grew, and volume declined. The Midwest saw the lowest dollar growth (1.8 percent) and highest volume decline (–7.4 percent), and it was the region with the highest price per pound increase (9.9 percent). Consistent with previous reports, the South continued to show the most improvement in year-over-year increases in sales and decreases in volume for the quarter (5.5 percent). 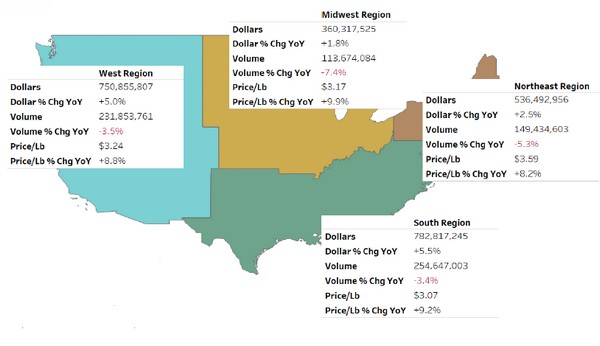