Following Hurricane Ian’s arrival, Florida grapefruit looks to have made its way through the event with minimal effects. “We got extremely lucky,” says Dan Richey of Riverfront Packing Company. “The storm was bearing down and then it turned to the Northeast and that got us through.”

Florida grapefruit is largely grown on the East coast of the state in the Indian River-St. Lucie county region. “We had 30-35 MPH winds and 60 MPH gusts so those gusts took a bit of fruit of the trees--I’d say about five percent as an average with some growers a little less and some a little more. But it’s not anything that has us concerned. It’s not going to affect our packing so we feel very very lucky,” Richey says. 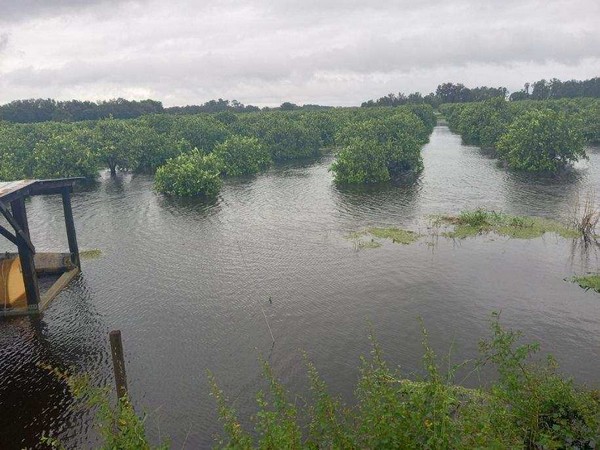 As for rain, the region saw approximately seven inches of rain. “Because we are so geographically diversified as far as where the storm came through, the damage is really isolated to that swath. There are major challenges in some areas but nothing that’s going to put the Florida citrus industry on its back,” he says, adding the region did lose power for more than a day.

Oranges a different story?
While it’s early still, there are reports that oranges, which are grown more in the central part of the state, will see a more substantial loss with more fruit on the ground and possibly water standing in some orange groves. “If you were in the path of this storm, you will definitely have a good amount of fruit loss--there are no two ways about that,” Richey says. 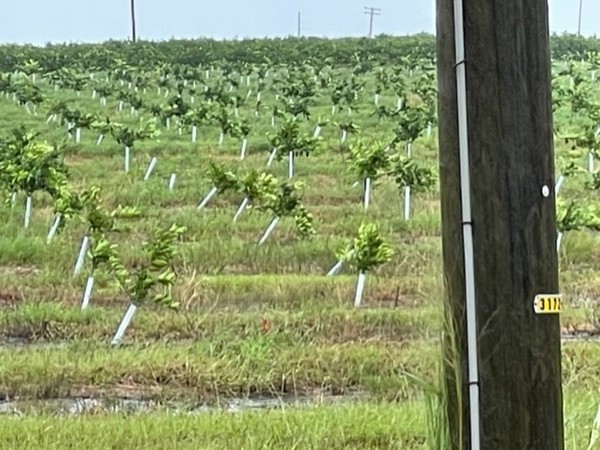 Richey says those who were in the path of this storm definitely have a good amount of fruit loss. Photo: Dan Richey.

Part of the fortune for grapefruit though is the timing of the hurricane. “If it were later, it would have been worse because it would have interrupted our shipping season. If we’d already started harvesting, we would have had to stop for a week to 10 days because while the fruit may look fine, if it gets blown around a tree, it may get punctured or have a twisted stem,” he says. “Later would also mean the fruit would be bigger and heavier and take less wind to knock it off the tree.”

However, plans are still underway for Riverfront Packing to start harvest in another two weeks as planned. “There are some minor damages to a few pack houses but that will not inhibit start times of those pack houses,” he concluded.