"This season, growing in terms of volume won't be the objective, but rather maintaining the quality"

The first Spanish clementines with leaf are already reaching the markets, although still in limited quantities, due to a delay in the ripening and skin coloration after an excessively hot summer.

"The day before yesterday, we started marketing the first clementines with leaf of the Orogros variety from Huelva," says Juan Pedro Beltrán, CEO of V.Ros. "We usually start between week 37 and 38, but this year we started in week 39, at least 7 days late, as it has been too hot all summer and it is taking longer for the fruit to get the right color. In about ten days we will continue with the Oronules variety," he said. 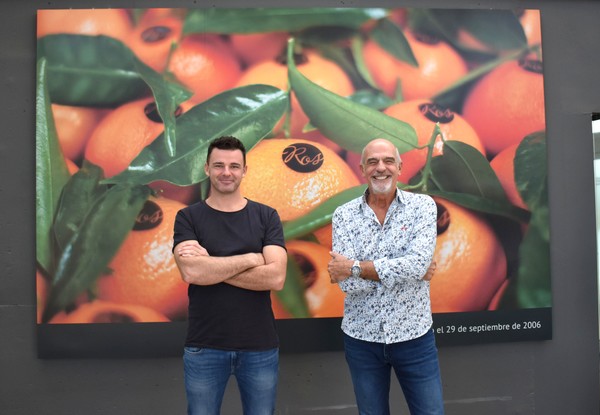 The high temperatures and dry weather have taken a toll on this year's harvest volumes, which are expected to be more than 10% lower than last year in the case of clementines in the Region of Valencia, while Andalusia expects a higher drop. Also, large sizes will be scarce due to the lack of rainfall. At the same time, production and handling costs have increased again compared to the previous season.

"Across the board, production and handling costs have gone up quite a bit from one year to the next, from energy and fuel to plant protection products, packaging materials, transportation, etc. Obviously, these costs must be reflected in sales prices, but to what extent? We are aware that the producers won't be able to make a profit if the fruit is sold for the same price as last year, taking into account the expected production for this season and the increase in costs, which are up by around 15%. Similarly, in the packing plant, costs have risen by around 17%. We are therefore uncertain about how much the price increase on the shelves could affect consumption, as it seems that fresh fruit will become a luxury product in a context of global inflation," said Juan Pedro Beltrán.

"It will be difficult to please everyone, as we want both growers and consumers to be in a favorable position," says Lionel Beltrán, commercial director of V.Ros. "Last year, we managed to increase our volume by 8%, but this year, our objective won't be to increase our volumes, but to maintain the quality of our shipments and to remain true to our principles. Since last season, we have already given up the use of diesel and gas in our facilities, replacing them with biomass pellets and solar panels. This has allowed us to gain self-sufficiency."

The company, based in Les Alqueries, in the Spanish province of Castellon, is specialized in the marketing of clementines with leaf and, although it does not compete directly with the fruit from the southern hemisphere (which is not shipped to Europe with leaves), it is affected by its presence in the citrus market.

"When the market is oversaturated with citrus, it always ends up affecting us. While last year there was a big clash between the start of the Spanish season and the end of the southern hemisphere campaign, this year we expect a much smoother transition. Southern hemisphere fruit sales were very unsatisfactory last year, and this year the EU has also imposed tougher requirements for the entry of fruit from third countries to avoid pests, resulting in lower stocks of fruit from overseas this year," said Lionel Beltran. 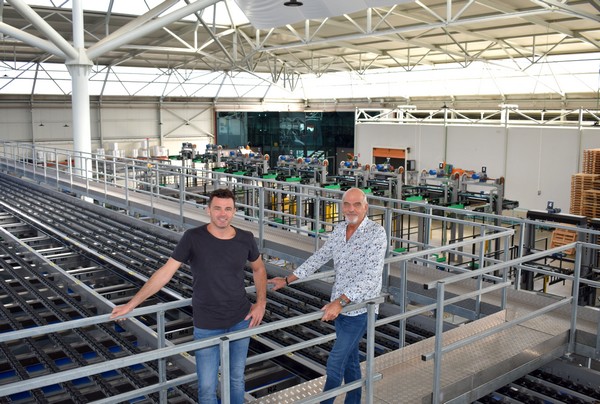 V.Ros, which is fundamentally export-oriented, allocates the bulk of its shipments to European Union countries, although its overseas exports have continued to grow in recent years.

"We have seen an increase in the volumes shipped to North America and Middle Eastern countries, and we expect this trend to continue this season. It is true that logistics costs due to increased freight rates have become a greater challenge, and there is also more limited container availability and more uncertain delivery times, but, on the other hand, this also means that there are fewer 'adventurers' or inexperienced exporters opting for these markets, as the risks are higher and you really need to know what you are doing," pointed out Juan Pedro Beltrán.

Although clementines with leaf will continue to account for the bulk of the business of this company from Castellón, together with oranges (without leaf) and other citrus fruits, they have recently opened a new plant in Benavites, Valencia, just 25 kilometers from their main plant, for the handling and packing of conventional mandarins without leaf.

"We have been working for years with small quantities of conventional clementines from third parties for those customers who, in addition to clementines with leaf, also order some fruit without leaves. We do not intend to become competitors of those working with leafless clementines, but to provide a better service to our customers by controlling the handling and packaging process ourselves," said Lionel Beltrán. 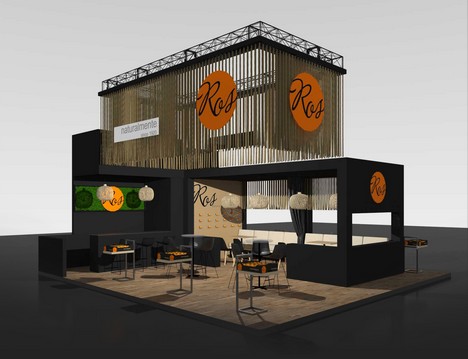 V.Ros will again take part this year in Fruit Attraction, in Madrid, as an exhibitor in Hall 3, stand 3E02. "We have a new stand, with a more natural touch, using materials such as ropes, wood, raffia, etc. More in line with current trends," said Juan Pedro Beltrán.