Australian mango production is set to increase significantly in the next few weeks, according to the most recent crop data from the Australian Mango Industry Association (AMIA).

Despite a slight fall over the past week from 118,000 to 116,000 trays, the number is forecast to jump to 313,000 trays this week as the season heads towards its high national volumes in mid-late October. In terms of regional production, the weekly My Mango reported, there is still a large amount of fruit to come from the Northern Territory, with the two producing regions estimated to provide around six million trays combined throughout the season.

"Due to the separate flowering events in the region, some growers are experiencing a bit of stop and start with their season," AMIA said. "Overall volumes are still expected to rise in the coming weeks as some more growers are getting busy picking. In Katherine, the hot weather remains in the Katherine region, with temperatures reaching up to 40 degrees, and the chance for some isolated rain events later in the week. Some growers are getting ready for their first pick." 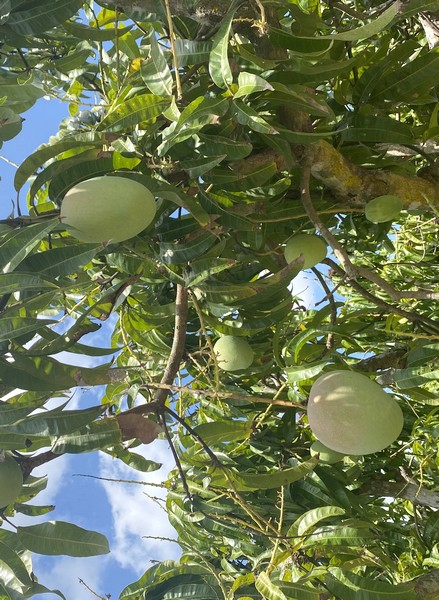 The AMIA reported that fruit is sizing up on the trees in Kununurra as the region has entered its build-up season, and the hot weather will push things to develop quickly. The tail end of flowering has seen a bit of fruit drop, but fruit set from earlier flowering has been strong and promising. Some growers are getting ready to pick their early fruit. Harvesting is expected to start next week and continue in Kununurra until mid-December.

In Queensland, the Bowen/Burdekin region is set to start its season in the second week of October, with fruit being picked until mid-January. 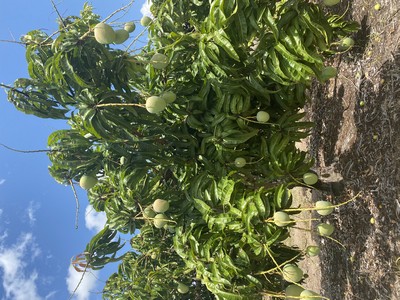 "The fruit growth period is now well underway in the region," the AMIA said. "There have been some strong wind gusts that have knocked off some fruit in the area, however, growers do not believe this has impacted their forecasted volumes. While, fruit drop has started for growers in the Dimbulah region, with flowering mostly concluded in Mareeba. In South East Queensland, the fruit set period is now well underway for growers, with disease control being the number one priority for many in the region. Growers will monitor fruit drop; however good volumes are currently expected."

The 2021-22 season finished with around 8 million trays being sent to market, which was a significant jump from the previous year. The signs are promising for this season to be comparable, if not higher with the AMIA's Crop Flow Chart estimating that volumes will exceed that of the 2021/22 season for most of the peak months of October and November.

This year’s Brisbane Produce Market Mango Auction will be held in the Central Trading Area on Thursday, 29 September 2022 to celebrate the start of the mango season - with the money raised going to charity. With the mango major marketing campaigns beginning in early October.