In the Swaershoekberge of Limpopo, one of the many microclimates within the Waterberg range, early stonefruit have been grown since the late 1970s, but the development of low chill stonefruit has been pivotal for this area which can pick peaches and nectarines two months ahead of the Western Cape.

When Koos van der Merwe turned fulltime to fruit farming at age 43, he established his orchards on the northern slopes within the valley in which his farm, Zandrivier, is located. The farm gets on average 500 to 600 mm of annual rain. 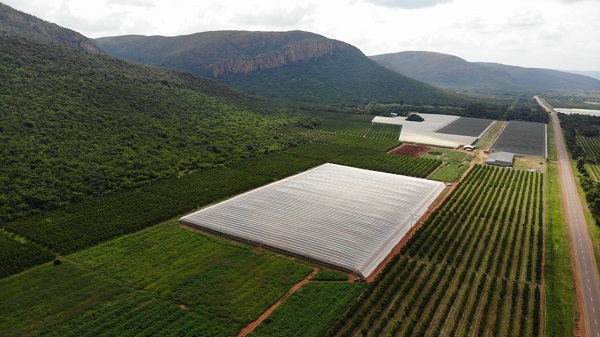 Harvesting of the early peach cultivar Majestic Delight commenced two weeks ago; he is one of two growers in the north of South Africa who have the license to grow the Australian white-fleshed peach.

“There’s a very large stonefruit crop coming out of the north,” he says, “because we had no cold damage to flowers and young fruit during winter.” He notes that the risk of late frost is very high when growing the kind of very early, low chilling requirement peaches they grow.

Through United Exports, early peaches (and later on, nectarines) are sent by air to the United Kingdom. Their export window is short and variable, depending on the last Spanish stonefruit available in the UK, and it’s over when the Western Cape’s stonefruit harvest kicks off towards the end of October. 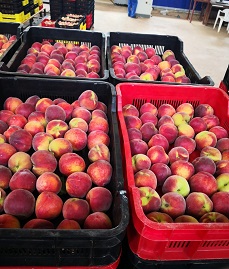 “There exists a very limited, but a very good export window for us,” he says, pointing out that the local-export split in his enterprise is usually around 50:50 but this year exports might take a bigger share.

Last year they flew out around 80% of their early peaches and nectarines to the UK (the farm is 200km from the international airport in Johannesburg), the balance by sea.

This time of the year domestic prices for good quality peaches in actual fact equal or exceed export prices, but what makes exporting to the UK so attractive, he remarks, is their strong pull for smaller peaches.

Early stonefruit producers from the north also supply the Middle East, and he has too during previous seasons. 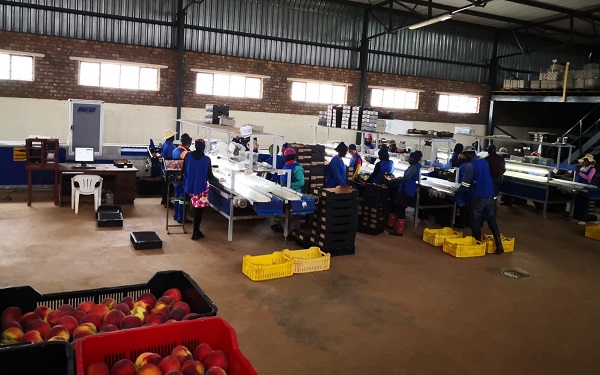 Africa and Indian Ocean islands important niche markets
Biz Africa also supplies stonefruit to the Johannesburg and Tshwane municipal markets, from where buyers take their fruit northwards as far as the Democratic Republic of the Congo.

Koos believes that Africa could present a niche market with good potential for stonefruit, if the cold chain can be maintained close to the 0.5°C at which the fruit is transported from the farm.

Trade with Indian Ocean islands has also seen an uptick since the recovery of tourism. 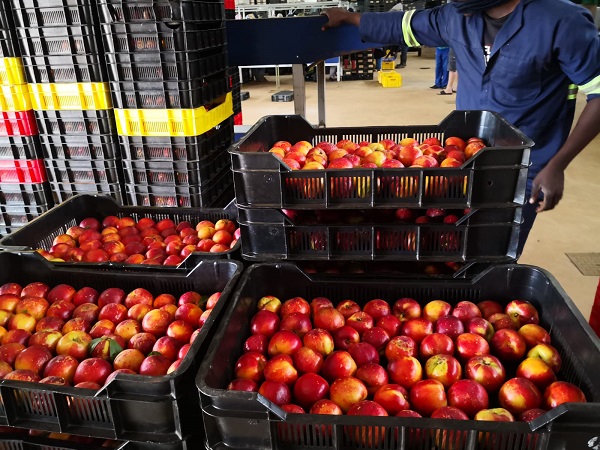 “It’s difficult to put a large fruit on the market this time of the year and it’s challenging to get the sugars on the right level. This is something they struggle with a lot in the Western Cape at the start of the season because they don’t get the kind of sunshine we get here in the north.”

Dated plum varieties were removed from the farm a decade ago and replaced by more peaches and nectarines.

Second career as fruit farmer
As former television journalist and lecturer in political sciences (in which capacity he participated in the negotiations between the erstwhile white government and the African National Congress thirty years ago), Koos derives pleasure from widely sharing his farming experiences within a challenging environment (South African farmers do not get any agricultural subsidies) as well as his interest in plant physiology and breeding (his father was a nurseryman). 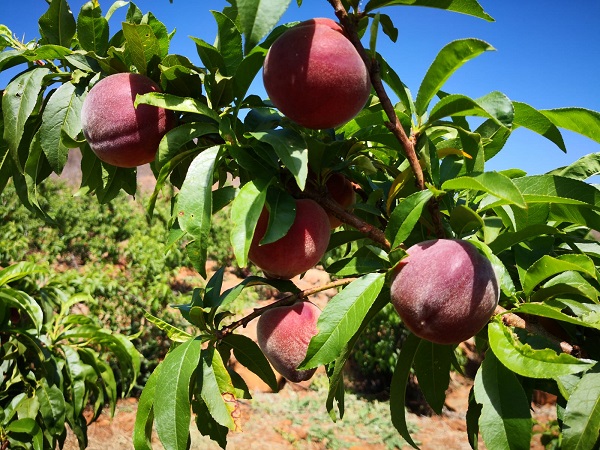 Research by the Agricultural Research Council convinced him of the potential for stonefruit in particular microclimates in the summer rainfall areas, well ahead of the Western Cape and 25 years ago he started a second career in fruit farming.

He remarks that farming doesn’t come without its fair share of scraps with the many entities that cross the farm’s path, both within the agricultural sector and without.

“In 2012 and 2013, for two successive years, the farm was hit by hail during harvest. The company went through a difficult financial phase and had to apply to the bank for additional facilities. The bank was recalcitrant and the credit division rejected my application. During this period I took up my pen and composed quite a broad-ranging letter, addressed to the chief executive officer at the bank. By all accounts the letter made waves within the bank and led to a modification of the bank’s internal policies. In the end, the farm won and the bank came to our assistance. These are the kinds of battles a businessman sometimes has to fight in order to keep afloat.”

He observes: “A love for what you do is vital and it provides the necessary stimulus for persevering in your work. Through my exposure over more than twenty years to various farmers and farming enterprises I have come to one conclusion – a comprehensive and successful farm cannot be built up over one generation, particularly when farming with permanent crops. A fruit farm cannot be developed to its full potential in one generation.”