LA UNIÓ de Llauradors: "The Vall d'Albaida will have a 75% decrease in production"

Valencia's kaki harvest is expected to fall by more than 55%, generating more than €50 million in losses

"The forecasts for the kaki campaign indicate that the harvest could decrease by 55%. This means producers could stop earning more than 50 million euro in relation to the last year, which wasn't a particularly good year. In June, producers expected a 35% decrease in production. However, the summer heat has further decreased production. As a result, the sector now expects a 55% fall in production, on average, but there are some areas where it will drop by 60%. In fact, the decrease in production in the Vall d'Albaida would reach 75%," stated LA UNIÓ de Llauradors. 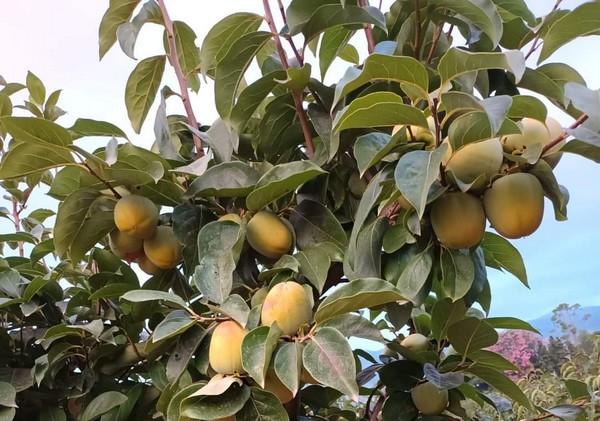 "The price of the first sales deals was slightly higher than last year, but it won't compensate for the great decrease in harvest or the exorbitant increase in production costs. Since the sector expects such a drastic drop in production, different commercial operators have tried to quickly purchase the fruit in the field. The first prices offered stood between 0.34 and 0 .40 €/kg, only 14% higher than in the same dates of the previous season. In view of this, LA UNIÓ has advised producers to be prudent and not to rush when selling. They also recommend producers request a written contract to have legal guarantees against any possible unilateral breach of contract."

"This sharp decline in the Valencian Community's kaki production is due to several reasons. The spring frosts in late April had a strong impact on production and caused the fall of many flowers and fruits. However, this year's weather also helped decrease the incidence of Cotonet in the fields. Despite this decrease, farmers have asked the sector not to lower its guard."

"The decline in production isn't only due to weather issues, as a growing number of producers abandon their fields in full production in the face of low prices in recent years. According to the latest available data, the number of kaki plants reproduced by approved nurseries last year decreased by 4% over the previous year, and by almost 80% when compared to 2015. The climatic causes have already generated a series of problems with this crop's current insurance system, as the insurance won't cover all damages and will only cover the damages that are clearly caused by frost."