It’s a complicated year in the garlic industry. “Like everyone else, we’re dealing with supply chain issues and more recently pending strikes in the US,” says Jim Provost with I Love Produce. Just last week, a railway strike was diverted lastminute as Biden’s administration secured a tentative deal. The strike would have cost the economy an estimated $2 bln. per day. “It got diverted by the skin of our teeth, but we aren’t out of the woods yet,” commented Provost. He is referring to pending strikes by security guards at the Port of Long Beach. In addition, the contract of 22,000 West Coast dockworkers expired July 31st. They all have the same union and frustration is growing.

Imports from Spain
I Love Produce is based in Pennsylvania, on the US East Coast. While the US is a significant producer of garlic, the company mostly relies on imports. “With the majority of US garlic being grown in California, from a cost perspective it makes more sense for us to import from Spain,” Provost said. “It is cheaper to bring in a container of garlic from Spain than trucking garlic from California.” I Love Produce also imports from Mexico, Argentina, and China.

The Mexican season just finished, and Spain is now the main supplier for I Love Produce. “We’ve been dealing with some short-term supply chain disruptions,” said Provost. “Sometimes, a container doesn’t arrive as scheduled and the next week, we receive double the supply.” China, the world’s largest producer of garlic, has recently been dealing with shutdowns of ports and cities due to Covid. This impacts the country’s ability to export, but it also has an impact on their domestic market as trucks aren’t allowed to pass through certain areas.

“They have a large domestic market for garlic and ginger, but due to Covid restrictions, their domestic sales have been impacted.” As a result, there is an oversupply of garlic and ginger in China. “We have a great Chinese garlic program and will continue to bring in garlic from the country,” Provost commented. “Costs had gone up significantly, but ocean freight rates from Asia are starting to come down.”

Once the Spanish garlic season ends, I Love Produce will transition to Argentina in January. “Hopefully, it will be a smooth transition. As soon as Argentina starts, we will go down there to take a look at the crop. Importing from so many different sources is a point of differentiation for us. Despite the challenges, we will continue to bring in garlic from different sources.” 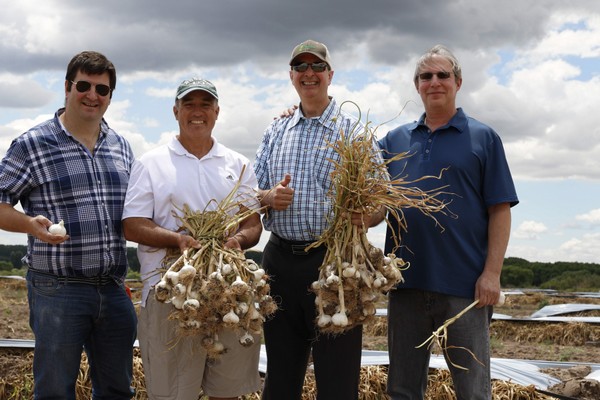 I Love Produce will be attending IFPA’s Global Produce & Floral Show in Orlando from October 27-29. Visit them at booth #1504 to look at different garlic options.