Perishable hubs of the future and cold chain connectivity

The first session of the day was on Cool Ports and Cold Stories:
Perishables Hubs of the Future 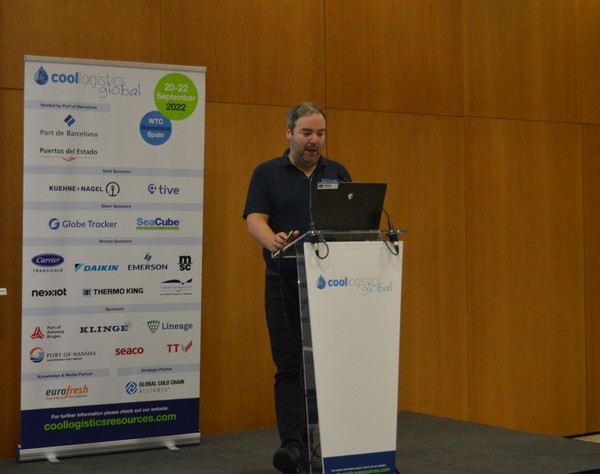 The session was opened by Shane Brennan, Chief Executive Officer, Cold Chain Federation who spoke about an Era of Resilience. The UK has a total volume of 40,860,853 m2 of cold stores. Shane said that Brexit has led to a scarcity of logistical options in the UK and a major increase in admin cost with more documentation now needed for import and export. The Pandemic has disrupted the global supply chain and created a labour shortage and unpredictable demand, with accurate forecasts for the future. The war in The Ukraine has led to a hike in the cost of energy and food insecurity. He said that uncertainty dominates the short and long term future, but that there is a great opportunity to invest in cold store at the moment.

Driving this demand for cold storage is the just-in-time supply model and the fact that warehousing is hot property.

He gave his vision of the cold stores of the future: There will be a need to look are how we use and store energy. The buildings that we use today will be the same as buildings of the future but we will have to use them differently by managing energy use and space and turning to renewables for power and take a new approach to grid integration. 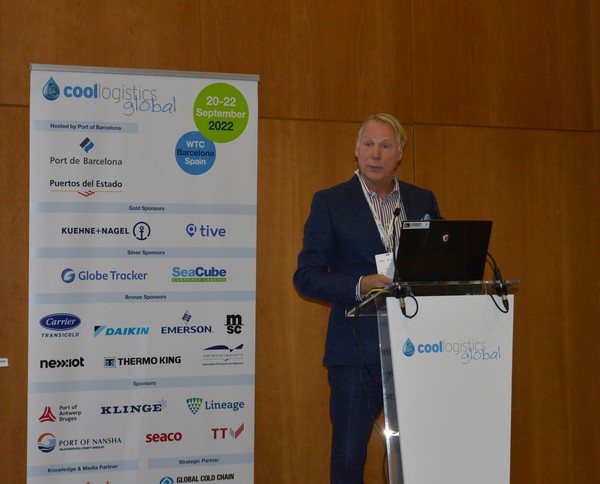 Joost Heere, Commercial Director, Lineage Logistics spoke about the massive growth the company has seen in recent years. Through many acquisitions they have gone from one warehouse in 2008 to having 400 facilities worldwide and are still making more acquisitions. Joost said that their business was energy intensive and they are shifting to renewables and developing warehouses at port terminals and inter-modal sites.

In the Port of Rotterdam they have a unique facility where the import and export facilities sit side by side, this way they can reduce the number of empty containers in the chain. 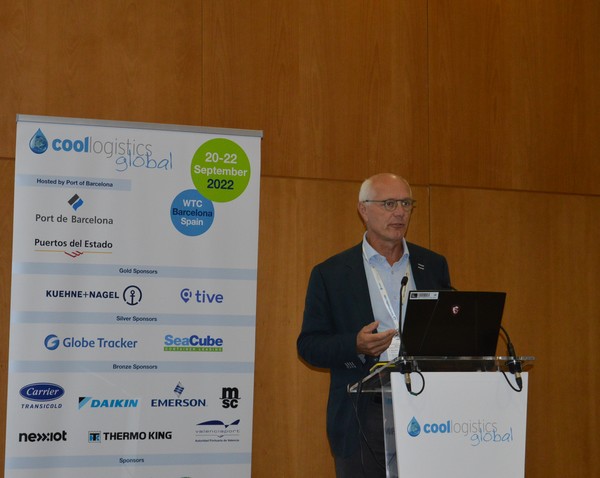 Johannes Naninga, CEO and Owner, Guangzhou Port (Europe) BV, representing Port of Nansha said that the Port of Nansha was the fastest growing port in South China. In the 90's Hong Kong was the biggest shipping centre but Guanzhou and Shezhen are now growing in importance. Food consumption is growing in China, this includes more foreign foods and purchasing online is growing.

He said that there has not been much development in multi-modal transport and that food waste in the cold chain is still around 3 times more than in Europe.

The Port of Nansha in built on a man-made island and is non-residential, so it has been less affected by lockdowns, and there has been investment in the cold chain. The port has six warehouses with 460,00 tonnes of capacity and it provides a one-stop service. The Jiangnan fruit market is only 90kms away and fruit can get there in three hours from ship to market. 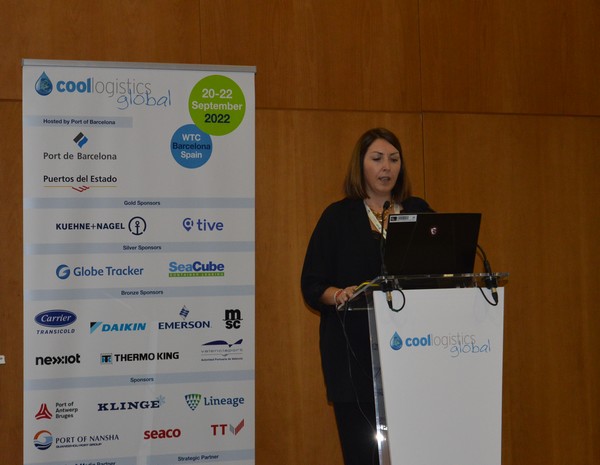 Cristina Rodríguez, Head of Commercial and Clients, Port Authority of Valencia The Port of Valancia manages three ports, Valencia, Saguto and Gandia. Valencia has three terminals, the newest will accommodate trains of 750 metres long. The port handles 43% of the import/ export of containers in Spain, fruit and vegetables are the product moved in reefer containers. The port has 16,000m2 of temperature controlled warehousing. 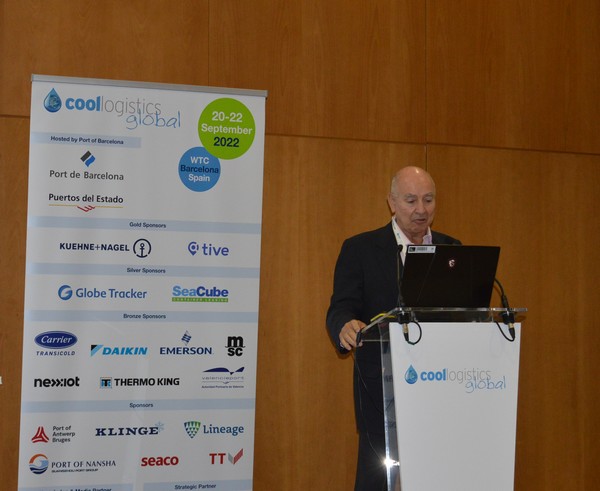 Manuel Cabrera-Kábana, Chairman IARW International Association of Refrigerated Warehouses; Executive Director, Friopuerto Investments The Global Cold Chain Alliance has 1500 members in 92 countries around the world and is involved in developing the cold chain internationally with the aim of enhancing cold storage worldwide and reducing waste in the cold chain. 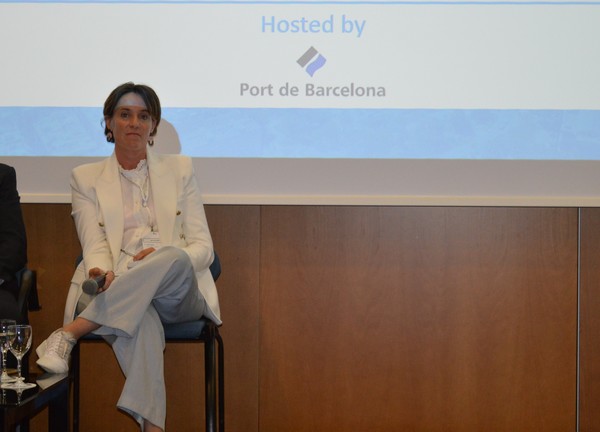 Ingrid Vanstreels, Business Development Advisor, Customer Relations - Shippers & Forwarders, Port of Antwerp-Bruges told delegates about the fusion of the ports of Antwerp and Bruges which took place in April of this year. She explained that they were complementary ports and the teams have been brought together. The reefer business at the ports has been growing in the last five years and last year saw a growth of 9% compared to the previous year. She admitted that there were still challenges such as congestion, the energy crisis and labour shortages, but despite this, growth was positive and there were lots of new opportunities and scope for investment. 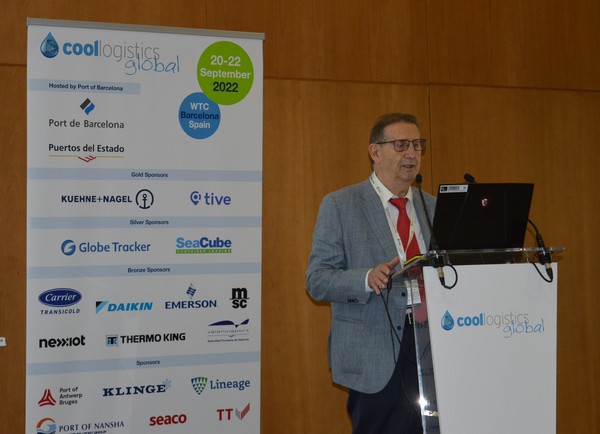 The first speaker in this session was Joan Amorós, President of Ferrmed. He said that, if they aim to increase the volume transported by rail within Europe, they would need be a complete change in how we operate, with point to point trains. Fremed did a study of traffic and it showed that the only way to get trucks off the road and on to rail was to incorporate a system which could move isolated truck trailer containers and ILUs. This would require specific freight trains and a set of dual locomotives, both electrical and electric battery/ diesel. He also said that existing terminals were not up to standard. 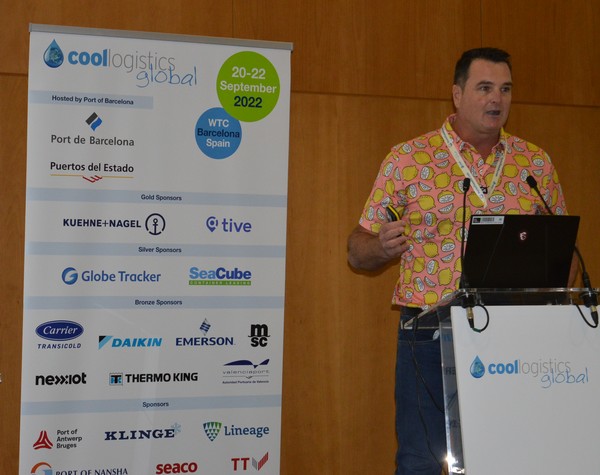 Mitchell Brooke, Logistics Development Manager at Citrus Growers Association of Southern Africa said that intermodal train transport can add value to the industry, he commented that it was refreshing to hear that the troubles faced in South Africa are also being faced globally. South Africa will see a big increase in citrus production in  the coming years and this is a driver for innovation. The number of containers exported in 2025 is estimated to increase by 25%, which will put a lot of pressure on the system.

It is an energy reliant industry, right from the field to the end customer, and the cost of energy is expected to increase by 30% in the next few years.

The distances from production sites to the ports in South Africa are huge, but he is not sure if rail transportation is the answer as current rail links are not complete and containers must still be trucked at the end of the line, meaning long waits to be loaded.

There has been innovation in the industry, in packhouses for example, but not in the supply chain; innovation must come from all partners in the chain.

Rail and port operator Trasnet is embarking on a new strategy for rail transport and there are many investment opportunities, but the whole movement of containers globally must change. He asked why South Africa couldn't bring motor parts from Europe and send the containers back full of fruit? But he said this needs an alliance with the shippers and the growers.

Pablo Garcia – CEO - Synergy - Synergy is part of the Hutchinson Ports Group and operates the rail service in Best Terminal in Barcelona, focused on perishables. The company was created to expand the rail network to and from the Port of Barcelona. They have 14 departures per week and offer a one-stop shop at the port. 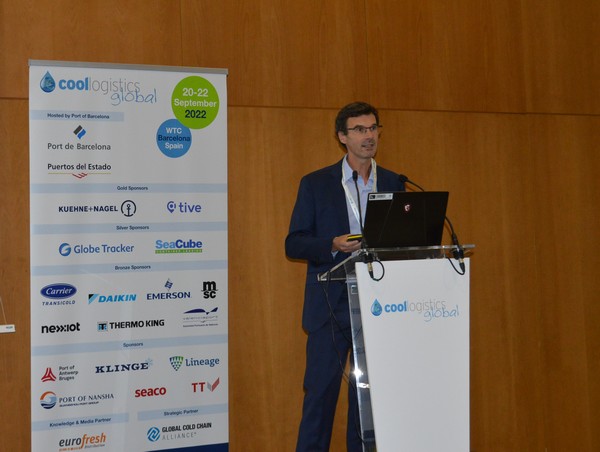 The market enjoys a good position in Barcelona, close to both the port and the airport, as well as to a huge population of 10 million inhabitants. The market is a public/ private partnership with mainly fresh products such as fruit and vegetables and fish, it also has logistics operations and processing companies. 30% of it products are exported to the EU. The market handles 2.3 millions of produce each year. Customers are small retailers -31%, export 30%, Horcea 11% and supermarkets 23%.

14,000 vehicle drive the produce the 'last mile' from the market and it has 800,000m3 of cold storage and cols processing space.

The impact of such a large operation are many and there are many projects underway to increase sustainability. The market is developing an EV-charging infrastructure and solutions to share vehicles for that last mile delivery. 350,000m2 of photovoltaic surfaces have been created to produce 23% of the required energy. The aim is to reduce the carbon footprint by 70%.

The market also manages surpluses which are fit for human consumption and distributes them to community organisations the their FoodBack initiative.