PEKA Kroef is a potato processor in the Netherlands, and, as such, it saw that the potato slicing process needed to be optimized and its efficiency improved. "The market didn't have a machine that could cut the black spots off potato slices," Bart Kroef begins. "So we thought, why not design one ourselves?" And now, for four years, PEKA Kroef has been using full-fledged D-Blades - PIP Innovations' Delta robot-based processors. 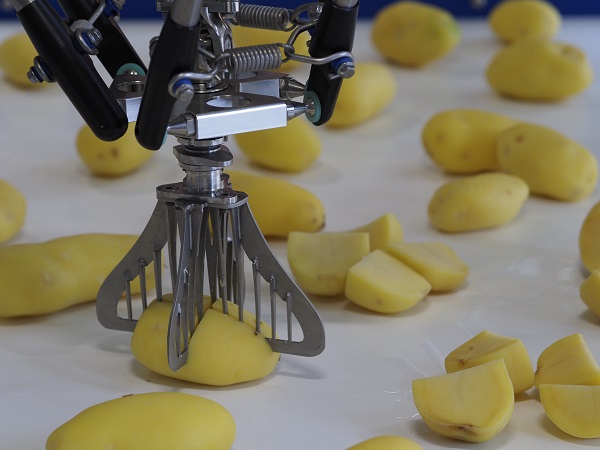 The slicer
"An optical processor first separates the good slices from those with black dots, which are diverted to the slicer. We use vision and 3D technology, and deep learning to precisely analyze the product and control the delta robots," says Bart, who owns PIP Innovations and has been PEKA Kroef CEO for ten years.

"These are equipped with a round blade and can accurately cut away the black spots. The defective slices used to immediately be discarded as livestock feed. That's a waste, of course, because those black spots make up only five percent of the slices. After introducing several PIP innovations, PEKA's overall efficiency improved by 52% to 60%."

Threefold benefit
The D-Blade has a threefold benefit: yield increase, product quality progress, and the possibility of introducing new products. In the potato segment, the latter advantage translates into things like processing Hasselback potatoes. Yet, the machine also lends itself perfectly to processing other products, such as strawberries and carrots. 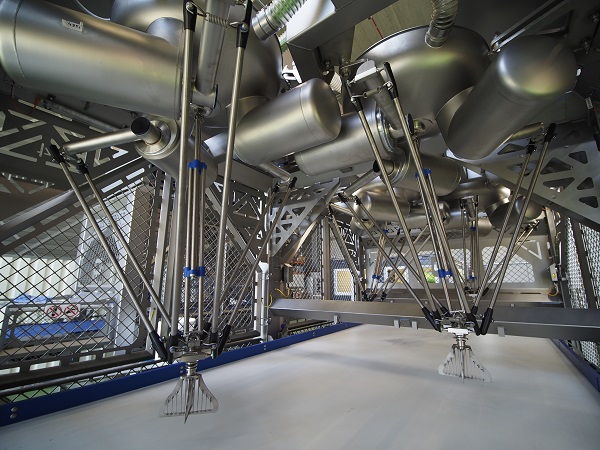 Durable blades
You can mount various types of blades on the delta robots: french fry slicers, blades to slice, half, or quarter potatoes, and those that cut a cross in baked potatoes, de-crown potatoes and strawberries, or top and tail carrots. The list goes on. "In the carrot industry, blades last only six months, depending on their use. At PEKA Kroef, we've not had to replace our potato products blades in four years," Bart proclaims proudly.

A simple machine
"Mechanically, the D-Blade is a very simple machine with a single conveyor belt, electronic components, and two or six robots, depending on the processing plant's size," explains Jeroen Pannekoek, Managing Director at PIP Innovations. "Depending on the customer, the slicer pays for itself within two years for potatoes; for strawberries, we dare even say one season." Simplicity manifests itself in a user-friendly, intuitive control panel too. 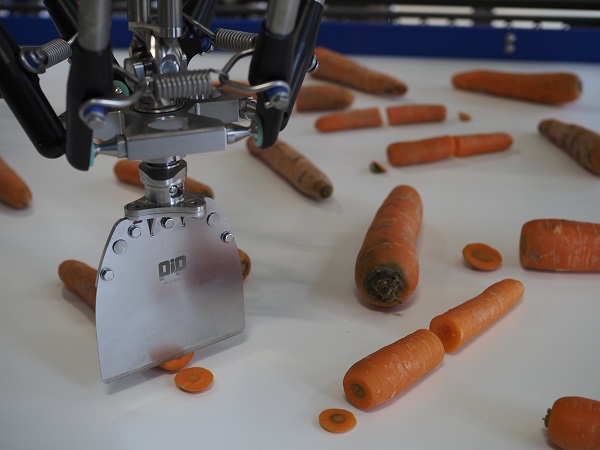 "You don't need an IT person to operate the machine," adds Bart. "In fact, we try to make it as easy as possible for customers. We have an online link to the machine to monitor its performance. Should something threaten to go wrong, we contact the client. Often if there's a malfunction or software-related issue, we're on it before it even becomes a real problem."

Codian Robotics supplies the robot and VDL Systems builds the machine. These are both Dutch companies.

Efficiency
"There are still plenty of strawberry processing machines in use where the fruit has to be manually positioned. That, obviously, drives up labor costs. And even in the slicers where you can feed in the strawberries randomly, there are still 20 to 30% losses. Our losses are lower than with manual labor; plus, we work five times faster. Each robot, using the D-Blade, can halve four to five potatoes per second. That's as fast or faster than conventional machines. But those never, for example, cut the smooth steam-peeled potatoes right down the middle," boasts Bart. 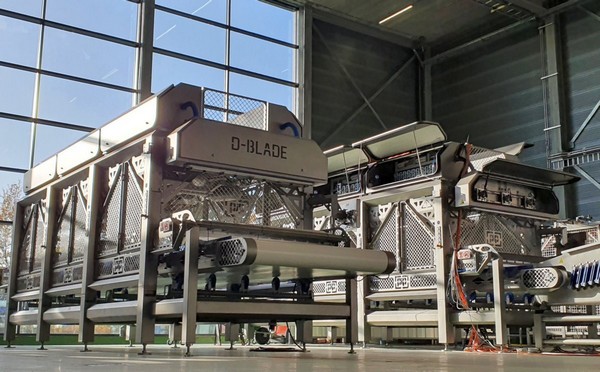 "Two carrot companies have been using the D-Blad for 18 months to top and portion their products, with, it turns out, a 20% rise in efficiency over existing machines: from 60-65% to 80-85%. And if the carrot is curved, the knife will cut along with that curvature for optimum product utilization. Our carrot customers work like this: first, the carrots are washed, then foreign matter is removed, the sorted-out product goes into the slicer, and finally, a sorter separates the bad from the good pieces, redirecting any missed carrots back to the D-Blade," Jeroen continues.

Multifunctional
The D-Blade's multifunctionality is bringing in requests from all over. "Last month, we did cucumbers, zucchini, and cauliflower. We're getting inquiries for fish, pineapple, and peaches. We don't have endless time, but we help brainstorm new applications. For example, one company wants a cauliflower de-coring machine. After de-coring, the cauliflower breaks up into unequally-sized florets while the company gets orders for specific sizes. So, we could instruct the D-Blade to sort the corer's output into different sizes. The D-Blade 'sees' the florets' outlines and then decides whether to cut them or not. Right now, that's still mostly done by hand."

Clients
PIP Innovations' delta robot-based processors have piqued overseas companies' interest too. "A multinational company has one of our D-Blades in a strawberry processing plant in France. In late July, we visited a major Hasselback and baked potato processing player in the UK. About six weeks ago, we delivered a slicer to a global player in the potato market in the US, and we're planning a delivery to a carrot processor in California. We've even received a request from Tasmania for a sweet potato portioner. That's currently a very popular but erratically-shaped product. That's not a problem for D-Blade; in the blink of an eye, it determines how many times the sweet potato passing under its 'eye' must be sliced. And, thus, we keep forging ahead," Jeroen concludes.