La Unió de Llauradors has predicted another low citrus production in the Spanish Region of Valencia, just slightly above the 3 million tons. It will be the fourth consecutive season with a below average production volume.

The data from La Unió reveal a drop in the production of both oranges and mandarins, although the latter's should only be a very slight one, in part because of the considerable growth of the Clemenules, flagship variety in the province of Castellon, where, after a sharp 38% drop in the production in the previous campaign, a small 10% increase is expected this year.

"This decline in the production capacity is due to several factors, such as climate change, with the concatenation of inclement weather phenomena in late winter and spring this year, the fruit's low commercial use due to the impact of pests, the fact that a significant part of the acreage is taken by old trees with lower yields, and also the increasing abandonment of fields due to the low profitability of recent years," explained Carles Peris, secretary general of this producers' organization.

"All these circumstances and the excessive increase in production costs (electricity, fertilizers, diesel, labor, pest treatments, etc.) have been causing a gradual decapitalization of producers in recent citrus campaigns," he says.

Carles Peris said that "other countries of the northern hemisphere also expect to have a lower production, a circumstance that should allow the market not to sink, as it is highly regulated, as long as consumption and the demand remain normal. La Unió is thus asking commercial operators and large-scale distributors to act responsibly and offer a fair price, because the supply will be very tight due to the low harvest."

The agricultural organization considers it essential to carry out promotional campaigns for citrus fruits, in view of the decline in the consumption and exports in recent years. For this reason it has already repeatedly asked the Ministry of Agriculture to carry out promotional campaigns, both within the European Union and in third countries, in order to change the current trend.

"The Government of the Region of Valencia should also encourage and support promotional campaigns for Valencian citrus and avoid the temptation of advertising citrus from other areas with Valencian public money," says Carles Peris. "The interprofessional Intercitrus has shown no signs of being prepared to tackle this promotion and, therefore, the Government of Spain must take a step forward and carry them out, since this is one of the solutions that will make it possible to have a strong and profitable sector." 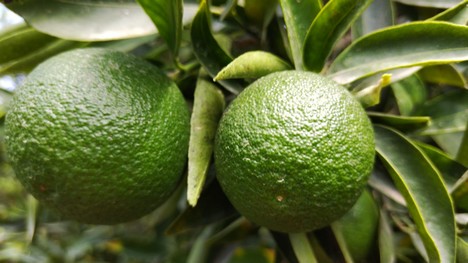 "We are asking the Ministry of Agriculture to effectively empower Intercitrus, or to withdraw its accreditation for having failed to fulfill its most essential functions," said the secretary general of La Unió.

La Unió will remain vigilant this season to ensure compliance from South Africa and other third countries with the mandatory cold treatment on citrus imports, and will work for the current regulations to apply also to mandarins.